Announced in December of last year, the Ascend D1 Quad XL is one of Huawei’s attempt in keeping itself relevant in the quad-core smartphone market. It sports Huawei’s very own K3V2 quad-core processor, a gig of RAM and a huge 2,600 mAh battery. Let’s find out what it can deliver by reading our full review after the break. Holding the D1 Quad XL for the first time and you’ll immediately feel that it is carrying something serious under the hood. Although, made of plastic, it exudes an air of quality and feels solid. 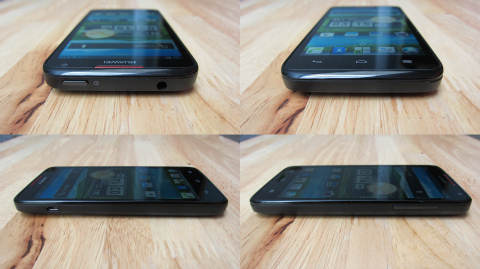 Found on the front is the 4.5-inch display. Right above it is the metallic earpiece, notifications light and 1.3 megapixel front-facing camera while down below are three capacitive buttons and a microphone. The microUSB port is located on the left, the volume rocker on the right, while right on top is the power/lock button and the headset jack. Flip it on its back and you’ll see the 8 megapixel camera with dual-LED flash, another microphone and the speaker grill at the bottom. 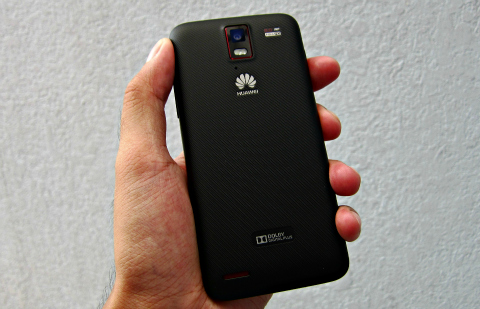 Overall, the D1 Quad XL has a good build and design. The glossy bezel, smooth sides and textured back makes it a joy to hold. In addition the red accents on metallic parts like the earpiece, speaker and camera adds a nice touch to the overall look of the device.

The D1 Quad XL uses a 4.5-inch IPS+ display with a resolution of 720 x 1280. This equates to a pixel density of 326 ppi which matches the iPhone 5’s. So what you’re getting here is a display with great viewing angles, sharpness, clarity and true colors. However, the display could use a little boost in brightness especially when used outdoors. Still, it is one of the nicest displays we’ve seen and will surely satisfy you when playing games and movies.

The D1 Quad XL runs Android 4.0.4 Android Ice Cream Sandwich out of the box with some graphical tweaks from Huawei. This means more colorful and eye-pleasing icons and widgets compared to an Android stock. The Quad XL is also offering two types of UIs – a 2D and a 3D version. The 3D UI is a visual treat as the icons feel like they’re floating and the animations have their own 3D effects. The 2D one looks basic but feels snappier compared to the 3D. As for apps, the Quad XL comes with preinstalled ones. Good thing they’re very useful like Flashlight and Polaris Office. They even preinstalled Riptide GP so you can immediately test its gaming prowess. However, I noticed that for some reason the Chrome browser for Android doesn’t seem to be working properly. It doesn’t load webpages and only shows a jagged interface. Good thing Google Play Store is here to supply a replacement mobile browser. 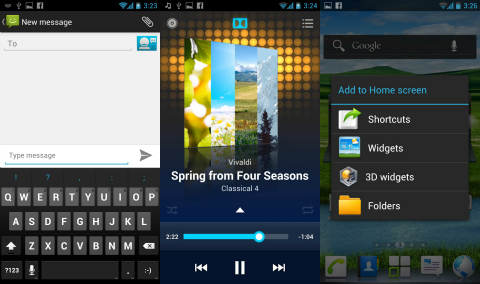 Overall, I’m satisfied with the UI on the Quad XL. It’s smooth, fast and eye-pleasing. The only disadvantage I see here is that it doesn’t have Android Jellybean yet. The engineering unit we had last year already uses Jellybean but the update is still nowhere in sight.

What we have here is an 8 megapixel AF shooter with dual-LED flash. In bright conditions in can capture very good images with crisp details and clarity. Colors are good although there are times when images appear washed out. On the plus side, Huawei equipped the camera with camera features like HDR, Panorama, Burst, effects and filters. 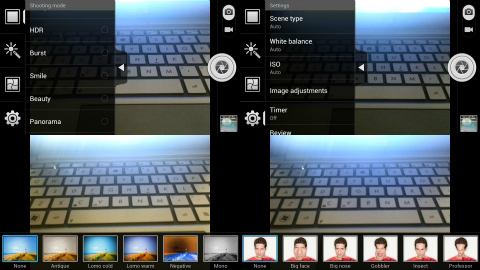 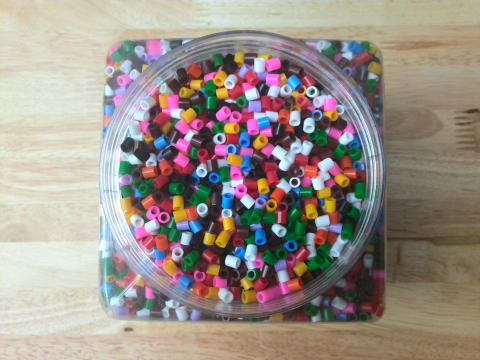 Indoor shots are very decent but noise starts to become evident but not to the point that it ruins the photo. As for low-light shooting, the dual-LED flash does well in illuminating subjects. If you don’t like using flash, there’s Night Mode but expect bland colors and lots of noise. Also, the Quad XL’s camera is not that good in capturing fast moving subjects and most of the time ends up with a blurry shot.

Now if you like shooting videos, the Quad XL can record videos of up to 1080p resolution at 30fps. Watch the sample video below:

As for multimedia, the Quad XL can play most video files granted that you have the right format or player. Sounds coming from the speaker are clear and crisp thanks to the Dolby Mobile 3.0 Plus sound enhancement. However, the speaker isn’t exactly as loud as we expect it to be. It sure can fill up a small room but use it outdoors with lots of surrounding noises and you’ll find yourself wanting more from it.

A quad-core processor and 1GB of RAM? People should expect the Quad XL to be a beast. True enough, it was very snappy and fluid in terms of UI navigation and gaming capabilities. However, do note that we’re using Ice Cream Sandwich and not Jellybean. So there are minor lags and hiccups but not to the point when apps are crashing and the device reboots randomly. The Huawei K3V2 processor did a good job in keeping things running smoothly. Just imagine what Project Butter would do to this device.

As for benchmarks, AnTuTu gave the Quad XL a score of 15,101 points, scoring behind the HTC One X+, while Quadrant gave it a score of 5,168. For GPU prowess, NenaMark2 gauged the Hisilicon Immersion.16 GPU at 65.3fps, performing better than the Nexus 4 which is at 57.8fps. Now for the battery life. Huawei equipped the Quad XL with a massive non-removable juice tank of 2,600mAh. During our use which consists of constant WiFi connectivity, a couple of hours on mobile data, an hour of gaming, an hour on videos, and moderate texting and calling, the Quad XL was able to last for one whole day with just a tiny little bit left for the next day. Overall, battery life is good on the Quad XL.

Cutting straight to the point, we like the Huawei Ascend D1 Quad XL very much. It has a good hardware specs, a very nice display, amazing build, good camera, and long battery life. Not to mention the sub Php19K price tag. The only cons here are the iffy Chrome Android browser issues (Yes, I like Chrome very much), and Android Ice Cream Sandwich. I’m not saying Android ICS is bad but we’re now in an era where Jellybean is the standard for quad-core devices. But like I said, we like the phone very much. Just rollout the JB update quick and we’re all good. 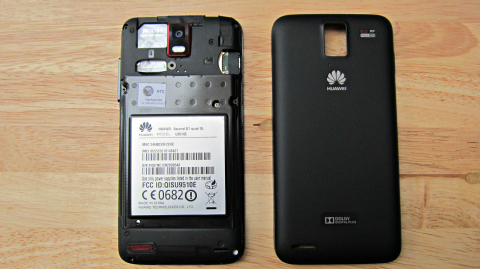 The Huawei Ascend D1 Quad XL has a suggested retail price of Php18,990 SRP and is available in stores nationwide.

What we didn’t like about it:
* Android Chrome browser issues
* Only Android ICS out of the box
* No Jellybean update so far