Apple has reported that as of January 18, 65% of its devices are now running on iOS 11, this is according to new statistics the company shared yesterday on its App Store support page for developers. 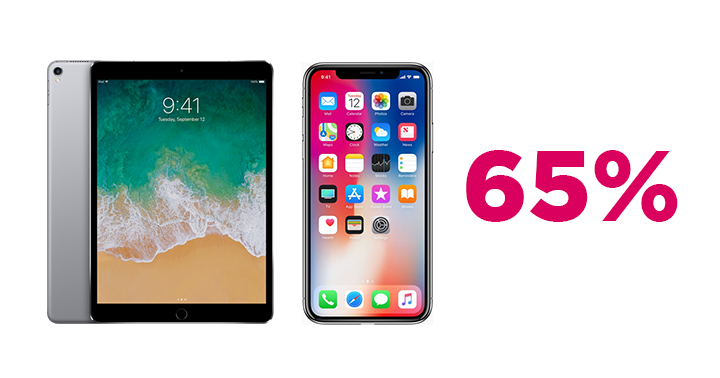 With iOS 11 adoptions hitting 52% in November and 59% in December, the latest data measured shows that adoption rates are on a steady upward trajectory, gaining about 6 to 7 % per month. In addition, 28% of devices continue to run an iteration of iOS 10, while the remaining 7% are on older versions of the operating system.

iOS 11 introduces subtle design changes to interface elements throughout the operating system. Texts are bolder, many apps have a new look, and the Lock screen and Control Center have been entirely redesigned.