Yesterday, Lenovo Mobile Philippines launched three new smartphones and one of them is the Lenovo S90. It features a 5-inch Super AMOLED HD display, 64-bit Snapdragon 410 quad-core CPU, an aluminum unibody, and a Php14k price tag. Find out what we think about the device by reading our hands-on below. 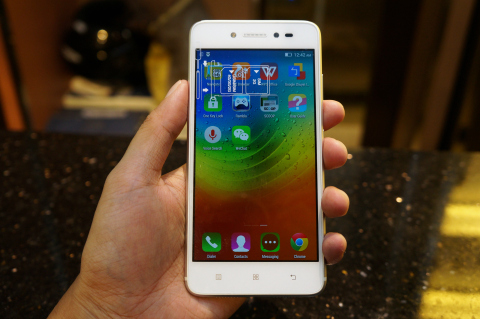 Let’s get the obvious stuff out of the way. The first thing you’ll notice about the S90 is its design which is reminiscent of the iPhone 6. It features an aluminum unibody with curved sides and even has that familiar white strip at the back. While the iPhone has Silver, Space Grey, and Gold, the Lenovo S90 has something close to it as well – Platinum, Graphite Grey, and Champagne Gold. 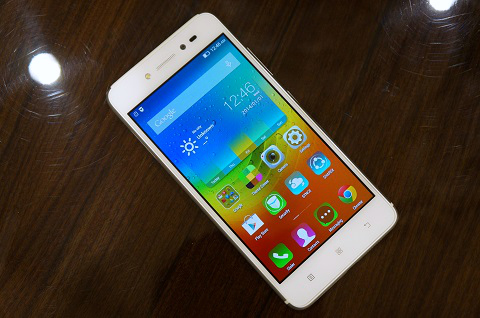 On the front we have the 5-inch Super AMOLED display with HD resolution or 294ppi. It is bright, vibrant and crisp. Found above it are the earpiece, 8 megapixel BSI front camera, LED flash, and the light sensor. Down below are three capacitive buttons for Options, Home, and Back. 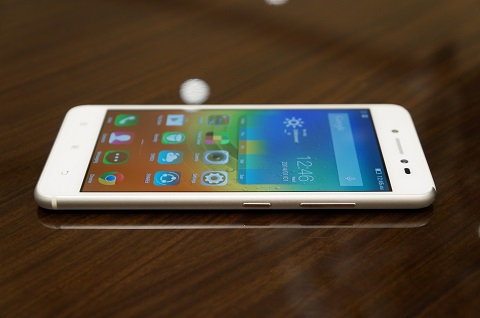 On the right side are the volume rocker and power/lock buttons with metallic finish, while placed on the left side is the SIM card tray that can house two micro-SIMs. 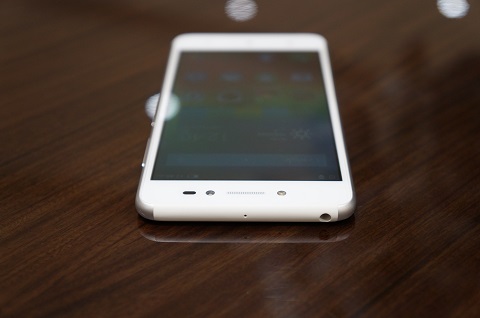 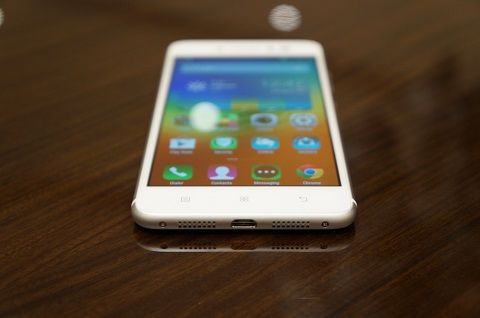 Right on top are the headset jack and microphone, while down at the bottom are the microUSB port, a pair of screws, and two sets of holes for the microphone and speaker. 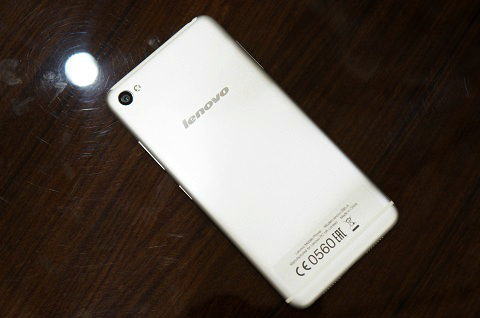 Flip it on its back and you’ll find the 13 megapixel PureCel rear camera, LED flash, and the Lenovo branding.

On hand, the Lenovo S90 feels nice and cool to the touch. Unsurprisingly, it is as thin as the iPhone 6 at 6.9mm which allows it to slide in your pocket with ease, and as light too at 129g. 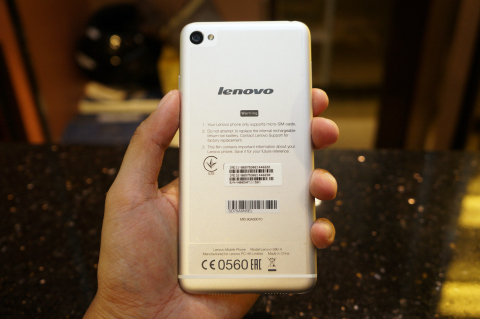 Although we can say that the S90 lacks originality when it comes to design, its main guns are difficult to ignore – dual-SIM support with LTE connectivity, front-facing flash for better selfies, Android 4.4.4 KitKat with Vibe UI 2.0 which, we were told, will be upgraded to Android 5.0 Lollipop, and the Php13,999 price tag.