Announced back in February during the Mobile World Congress 2016, the other member of the X Series from LG is finally arriving in PH shores. 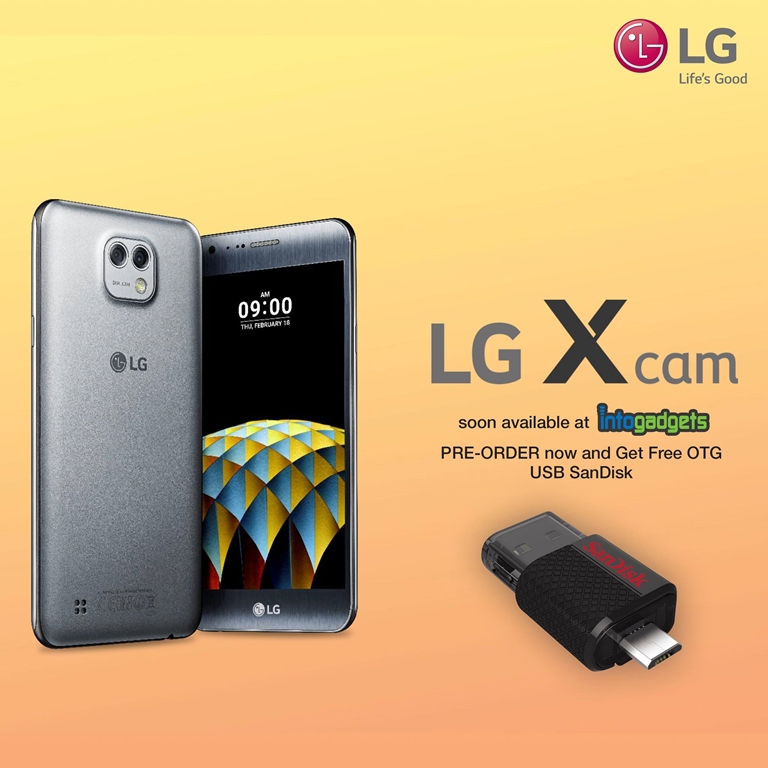 The LG X cam sports a 5.2-inch full HD display, a 1.14 GHz octa-core processor, 2GB of RAM, and 16GB of internal storage. The X cam focuses on camera features, hence its name, with a dual rear camera setup — a 13MP and a 5MP. The front is handled by an 8MP shooter.

The smartphones is listed with an SRP of Php 13,990 as per post by Intogadgets on their Facebook page. To pre-order, head over the source link below.