Announced back in April, the MeiZu MX attracted some attention by being one of the most affordable quad-core Android ICS smartphone with an estimated price of around Php17k. Though we did not think it will be officially released in the Philippines, that doesn’t account for online retailer shipping them straight from HK. The Meizu MX looks unassuming although there’s some striking similarities with the iPhone when you see it for the first time. The 4-inch screen might not b as huge as the other quad-core phones around that goes between 4.5 to 5.5 inches.

The screen resolution is 960×640 pixels (same as the iPhone 4S) which gives it a pixel density of 292ppi. The MX also uses an ASV (Advanced Super View) in their LCD (developed by Sharp) to provide better viewing angles. 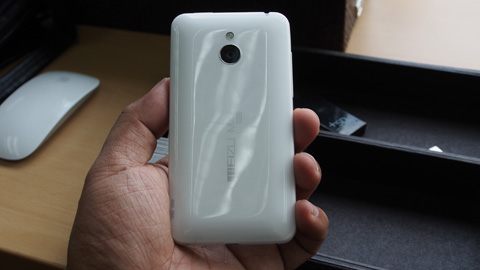 The back side of the handset has a translucent polycarbonate cover which is removable to expose the SIM card and battery.

The unit has a bit of a heft, just a little heavier than the iPhone 4S. The build quality is really good and the construction material for the body has that premium appeal. 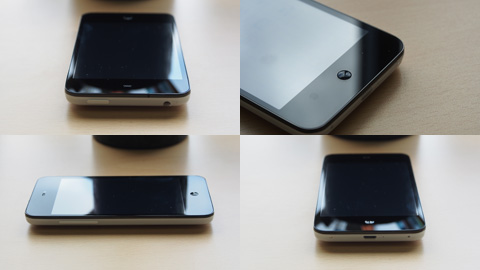 MeiZu skipped on the mciroSD card since they’re already offering a 32GB and 64GB model in the line-up.

We tested the unit on Antutu Benchmark and got a whooping score of 15,089 and 5,080 points on Quadrant Standard while NenaMark score puts it at 54.4fps. These are really pretty solid numbers. If there’s anything we think that might disappoint with the Meizu MX, it would be the paltry 1700mAh battery. Check back with us for the full review in the coming weeks.

You can get the unit for only Php13,800 over a Widget City (see listing here).