Lenovo’s Motorola has plenty of mid-range offerings this year which includes the Moto Z2 Play and the Moto G5S Plus. Then before the year ended, they launched in the Philippines a new device packing a 5.2-inch Full HD display, Qualcomm Snapdragon 630 chipset, 4GB RAM, and dual rear cameras. Given the current Moto lineup, is there a place for the Moto X4? Find out in our review. If the Moto X4’s design seems familiar, we don’t blame you. That’s because it uses the same design language as the other smartphones before it. It has rounded corners with thick top and bottom bezels. If you ask us, it’s more like a combination of the Moto Z2 Play and the Moto G5S Plus. 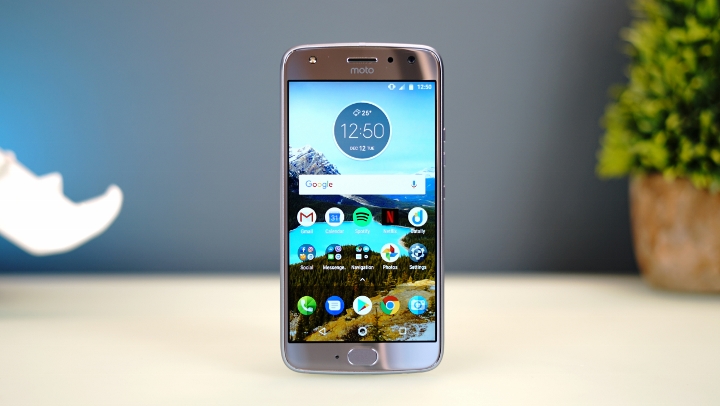 Although the Moto X4 doesn’t bring anything new to the table in terms of design, it doesn’t mean that it’s an ugly device. It’s actually sleek with a metal frame mounted with Corning’s Gorilla Glass 3 on the front and back. The front houses the 5.2-inch Full HD display while placed above it are the earpiece/loudspeaker, the 16MP camera, LED flash, and the sensor. Down below are the capacitive Home button/fingerprint scanner, and the main microphone. 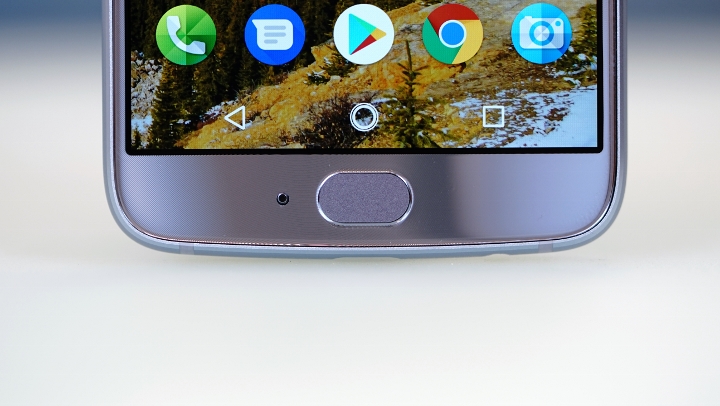 The left side doesn’t sport any keys or ports, but on the right are the volume and power/lock buttons. 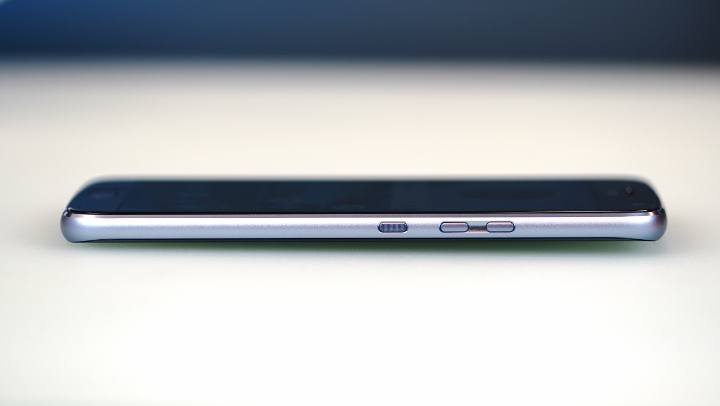 Up top is the hybrid SIM tray that can accommodate two nano-sized SIM cards or a single nanoSIM with a microSD card on the SIM 2 slot. Also found here are an antenna band and a microphone for noise-canceling. Down at the bottom are the USB Type-C port, 3.5mm audio port, and two antenna bands. Turn it on its back and you will find the protruding camera module that houses the 12MP and 8MP cameras along with the dual-LED flash. In the middle is the Motorola logo and NFC, while down below is the third microphone for video recording. 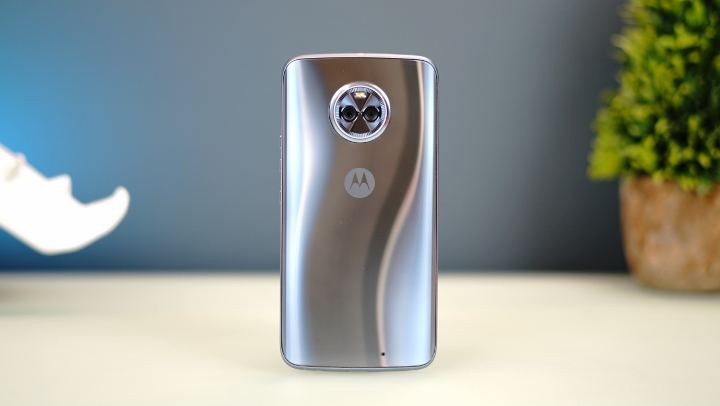 In the hands, the Moto X4 feels premium thanks to the rounded corners and sides. It has a decent heft at and thickness at 163 g and 8 mm, respectively, but still easy to grip and navigate with one hand. Water and dust shouldn’t be an issue as it is IP68-certified so you can take it with you by the beach or pool and not worry about water damage. 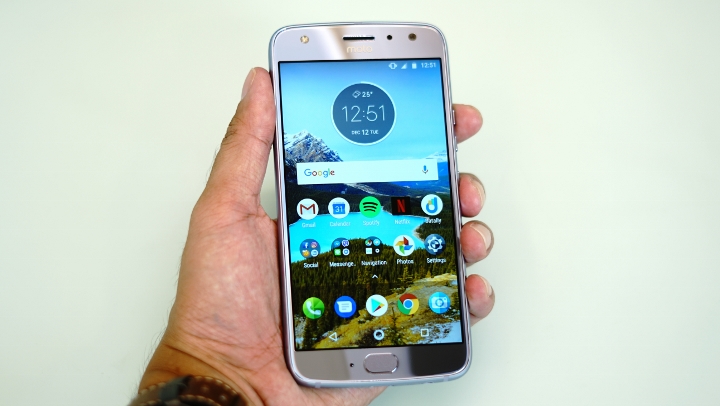 The 2.5D glass on the front and the curved sides at the back merge well to the metal frame for a seamless feel. This, however, makes the Moto X4 as one of the slipperiest devices out there. So it’s highly recommended that you purchase a case for this one.

Thick bezels aside, the Moto X4 features a nice 5.2-inch LTPS IPS display with Full HD resolution which equates to 424ppi. It doesn’t have the contrast of an AMOLED panel that is found in the Moto Z2 Play, but it can produce accurate colors, has wide-viewing angles, and is vibrant enough for outdoor use. You can also choose between two color modes: Standard for a more realistic color, and vibrant which increases the color and saturation. the latter is more suited to those who are used to AMOLED screens.

The Moto X4 has a good-sounding speaker for a smartphone and is placed at the same location as the earpiece for a front-firing setup which we prefer than those placed at the bottom or at the back.

Sound-quality is good for a smartphone of this caliber. It’s loud and crisp, still lacking in bass, but good enough for casual listening and hands-free voice calls.

The Moto X4 has a dual-camera setup just like the Moto G5S Plus. However, instead of two identical sensors, it has a 12MP f/2.0 as its main, and an 8MP f/2.2 (120°) wide-angle as secondary. Switching between sensors can be done with a tap of a button. It’s loaded with camera features as well like Professional mode, Face Filters, HDR, Panorama, Spot color, and Depth enabled. Another unique feature of the Moto X4’s camera is the built-in object and landmark recognition. The function is pretty much self-explanatory, just point your camera at the object or landmark then press a special button to activate the feature. It’s slow, not always accurate, and requires an internet connection to work. It’s a nifty feature but it’s not something you’ll find yourself using every day. 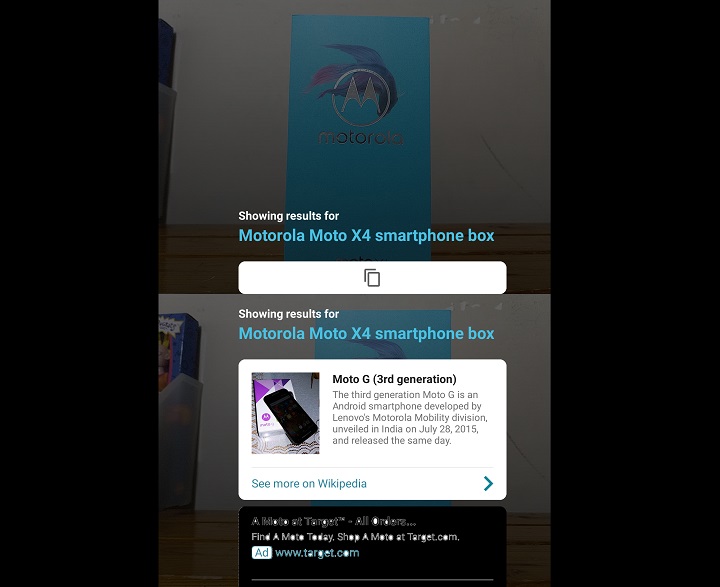 As for image quality, It’s good and can produce images with accurate colors and plenty of details, but not as sharp compared to flagship smartphones on the market. The wide-angle camera is very useful for shooting landmarks and other scenarios, but the quality is inferior compared to the main shooter as images appear dimmer and less sharp.

Both cameras, though, suffer in low-light, so you might want to take advantage of the Pro mode in this situation. The front 16MP shooter, on the other hand, can produce images with decent quality and sharpness. For low-light cases, it has a built-in LED flash as well as Beautify feature.

When it comes to video recording, the 12MP camera can shoot at up to 4K resolution at 30fps, while the 8MP wide-angle maxes out at 1080p at 60fps. The quality is similar to photographs, but the lack video stabilization makes shaky.

The Moto X4 (model XT1900-2) is running Android 7.1.1 Nougat with an almost stock UI and uses Google apps as its default for most applications except for the Phone application and Camera. It’s not the Android One model though as that is intended for the U.S. market, but Motorola promises Android Oreo for the device which is expected to arrive soon. It comes with exclusive Moto features like Moto Key which lets you access websites and apps with your fingerprint, Moto Actions for gesture control, Moto Display for notifications and night settings, and Moto Voice for voice commands. Like with most Android devices, navigation is done with the help of on-screen buttons, but the Moto X4 also offers an option to use the One-button navigation using the capacitive Home button. Just swipe left for Back, swipe right for Recent apps, press to go Home or Unlock, and press and hold for Lock. 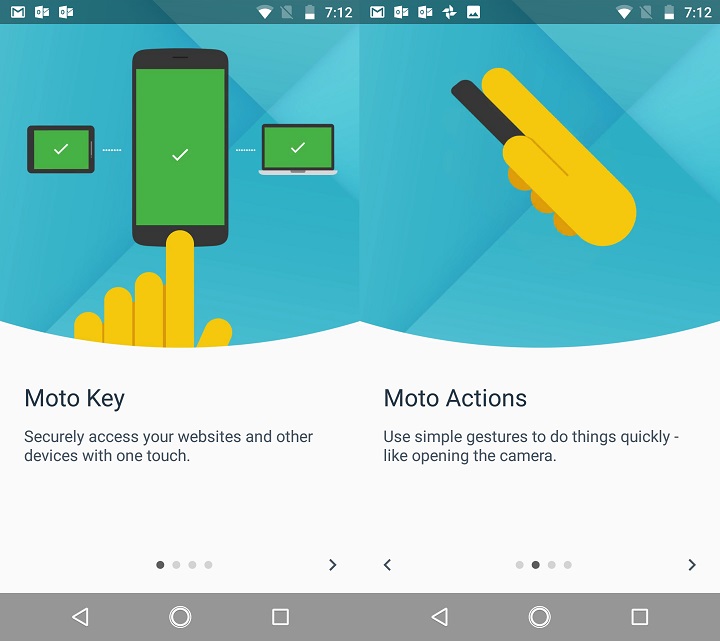 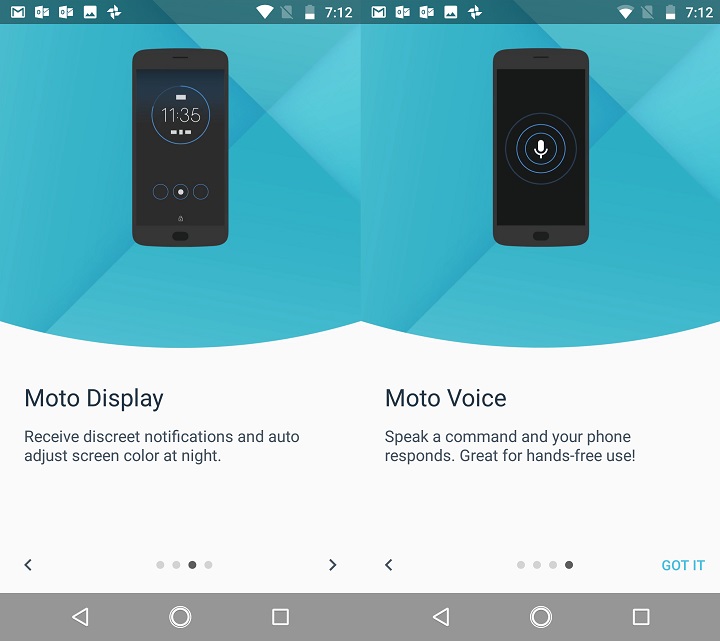 Aside from Google apps, the Moto X4 has other pre-installed apps like LinkedIn and Outlook, which can be uninstalled. All-in-all, these leaves you with 47.5GB of usable space out of the 64GB. You can expand it via microSD card or OTG flash drive.

Powering the Moto X4 is a Qualcomm Snapdragon 630 2.2GHz octa-core processor, Adreno 508 GPU, and 4GB RAM. Performance is good as we never experienced any lags, crashes, or random reboots. Apps launch fast, animations are smooth, while the fingerprint scanner is very responsive. Gaming is not an issue as well as it can run Mobile Legends, Arena of Valor, and Honkai Impact 3 in their maximum settings. Warming can be felt at the back though, which also happens when using mobile data, but not too much to be a cause for concern. Check out the benchmarks below.

Connectivity shouldn’t be an issue for the Moto X4 as it dual-SIM with 4G LTE connection on both slots, dual-band WiFi, Bluetooth 5.0, GPS, FM Radio, and NFC. 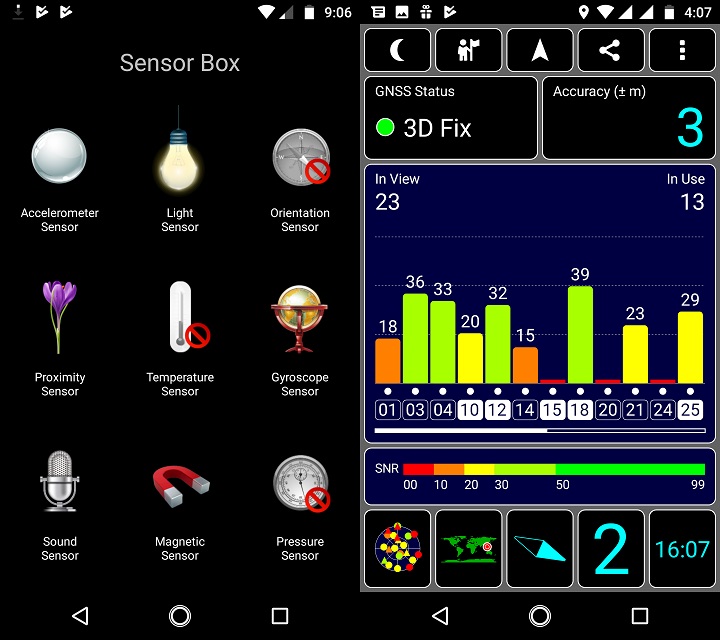 Call quality is loud and clear thanks to noise-canceling, while mobile internet is fast and locks in quick as long as the signal is good in the area.

Powering the Moto X4 is a 3,000mAh battery which is an average capacity, but so far it has managed to give us a full day of mixed usage which includes mobile data and a few hours of gaming. PC Mark’s battery benchmark rated its battery life at 8 hours and 41 minutes, while our video loop test which includes playing a 1080p video on loop in Airplane mode at 50% brightness and volume with headset plugged in, yielded 13 hours of playback which is good.

In other words, the Moto X4 can provide above average battery life from a battery of average capacity. As for charging, the battery can be replenished in just 2 hours with the help of its Turbo Power technology.

The Moto X4 is a solid Motorola offering thanks to its nice display, premium build with water and dust resistance, dual-rear cameras, and above average battery life. The stock Android experience with promised Android Oreo update is also a big plus. It doesn’t offer anything new in terms of design but it’s still a pretty device overall. 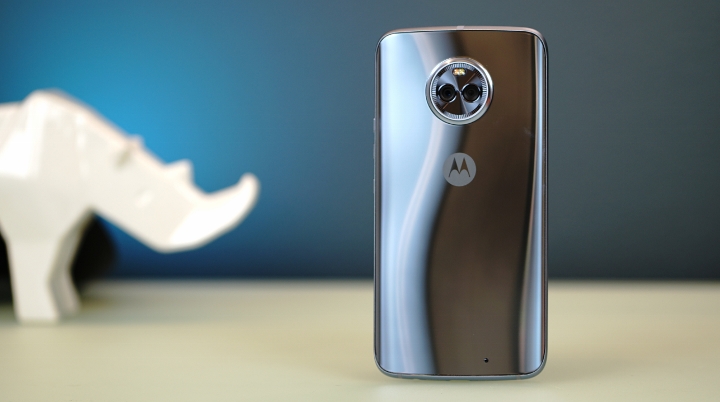 As for the price, the Moto X4 is offered at Php23,999 which is a tough sell considering that there are plenty of good mid-range smartphones out there for under Php20K. But if you’re looking for what the Moto X4 can offer and can stretch the budget a bit, the Moto X4 won’t disappoint.

What we didn’t:
* Pricey for a mid-ranger
* Old Moto design