Lenovo’s Motorola recently launched two new smartphones – the Moto G5S and the Moto G5S Plus. The latter, which we have for review, packs a more powerful hardware, packing a 5.5-inch Full HD display, Snapdragon 625 CPU, 4GB RAM, and dual 13MP rear camera. Given the heated competition in the mid-range segment, can the Moto G5S Plus stand out? Find out in our review. 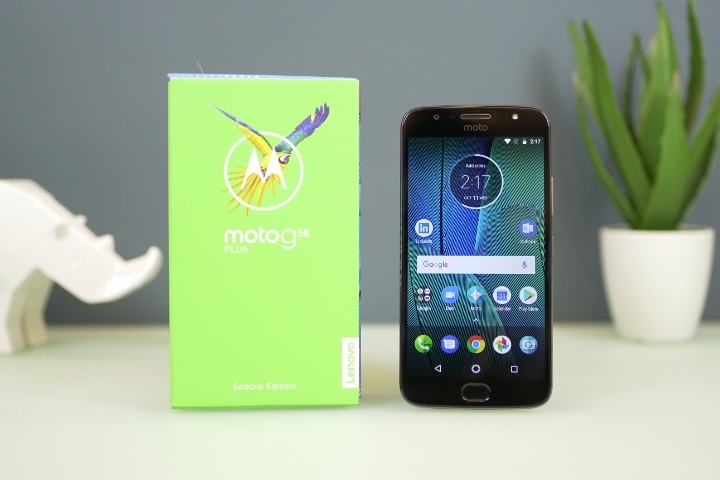 Motorola has revealed a number of devices this year, and although they look nice, they haven’t done much in improving its looks. While its competitors are updating their designs, the new Moto G5S Plus is still stuck with their old look. Compared to their older devices, they all look alike. 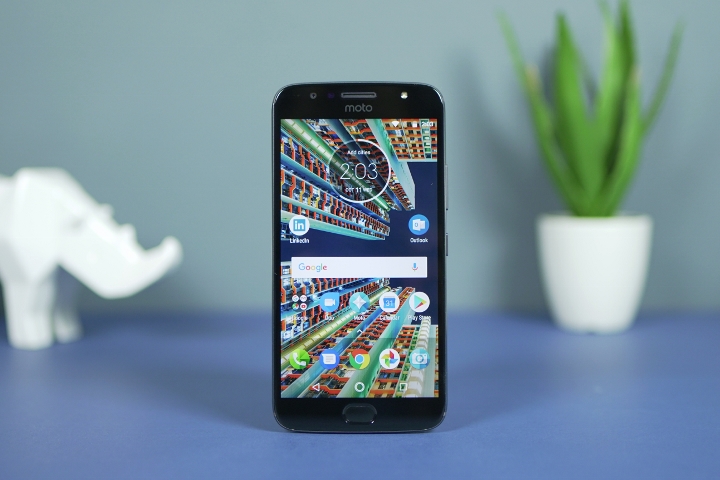 That said, the Moto G5S Plus sports a familiar yet dated aesthetics. There’s the 5.5-inch display with Corning Gorilla Glass 3 on the front with thick top and bottom bezels. Above are the 8MP camera, receiver, and LED flash. Down below is the fingerprint scanner. 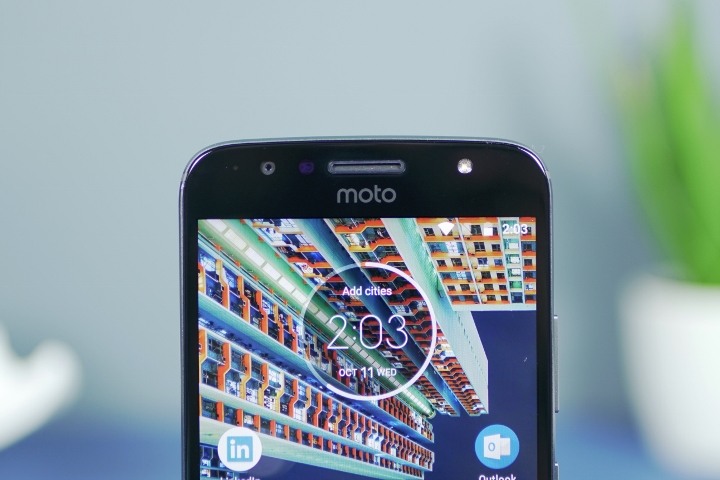 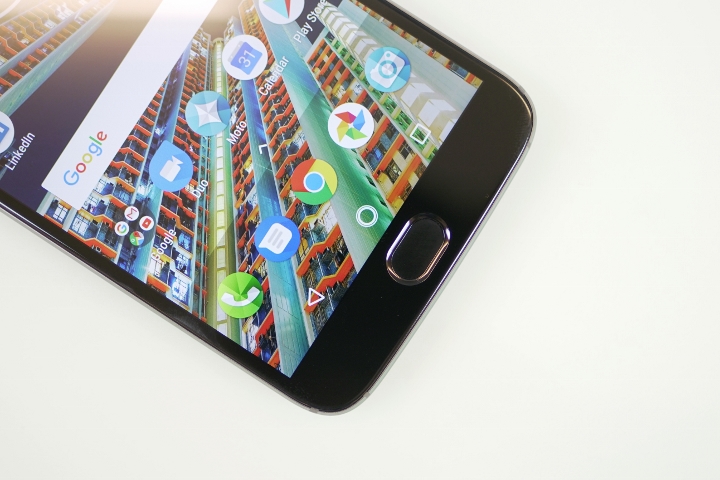 On the left are the hybrid SIM card tray that accepts two nano-sized SIM cards, or a single SIM and a microSD card. 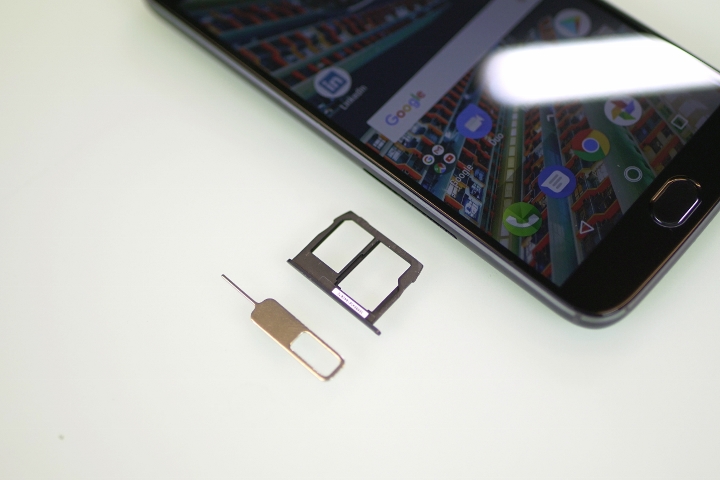 On the right are the power/lock and volume keys. 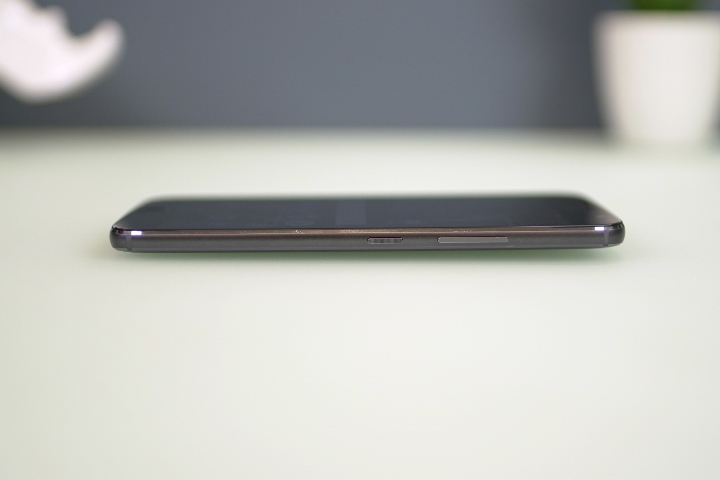 Up top is the 3.5mm audio port, while down below are the main microphone, microUSB port, and loudspeaker. 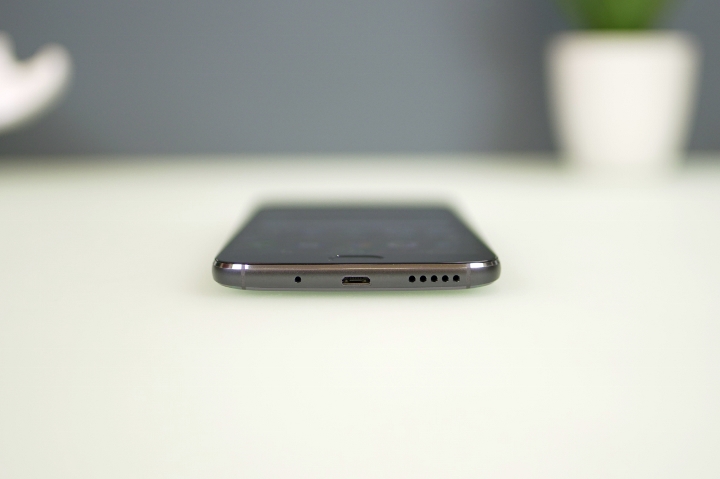 Flip it on the back and you will see the protruding dual 13MP cameras and dual-tone LED flash, which looks like a smiling robot. Also found here are the secondary microphone, antenna bands, and the Moto logo. 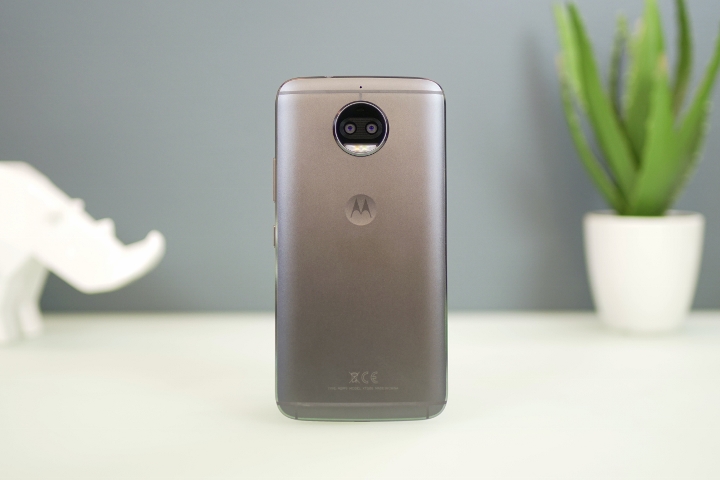 On the hands, the Moto G5S Plus is very premium as it has an all-metal unibody design. It has a chamfered edge which seamlessly connects to the curved edge of the glass on the front. To add to that it has a water-repellent nano-coating so it’s protected from moderate exposure to water like accidental spills and splashes. 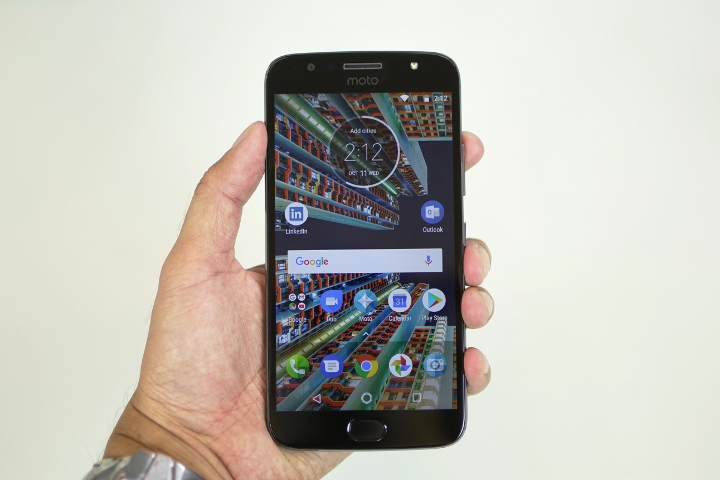 At 76.52mm wide and 8.0mm to 9.5mm thick, it’s relatively chunky so one-handed use can be a challenge especially if you have small hands. Again, this can be a disadvantage considering competitors are packing more hardware in a smaller footprint.

If you like watching videos on your smartphone, the G5S Plus can certainly deliver. At 5.5-inches with Full HD resolution, this equates to a pixel density of 401ppi. It may not be as packed as a QHD screen but its more than enough for watching movies or viewing photos. Quality and viewing angles are good, it’s sharp with accurate colors and vibrant enough to be easily viewed outdoors. 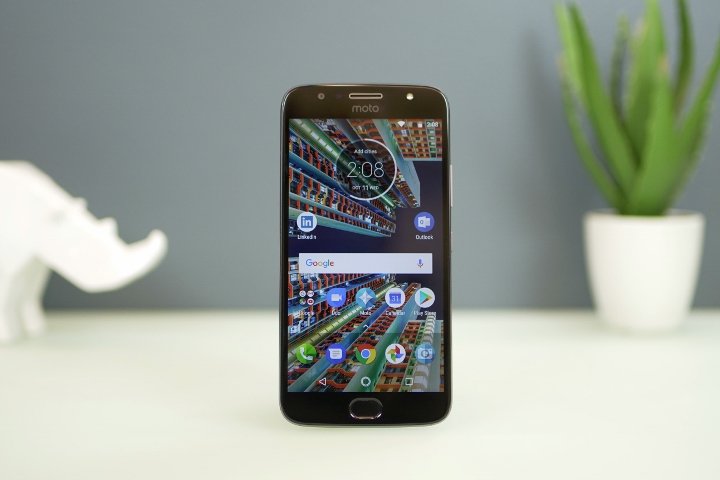 As for the audio, the down-firing speaker is loud and crisp. Bass is weak, like with most smartphones, but the trebles are great and don’t distort at high volumes. That said, the G5S Plus is a good multimedia device for watching movies or casual music listening.

The Moto G5S Plus, like with its other Moto siblings, runs a close to stock Android UI. In this case, its Android 7.1.1 Nougat with a June 1, 2017, Android security patch level out of the box. We’re glad to know that it will receive Android 8.0 Oreo when its ready. 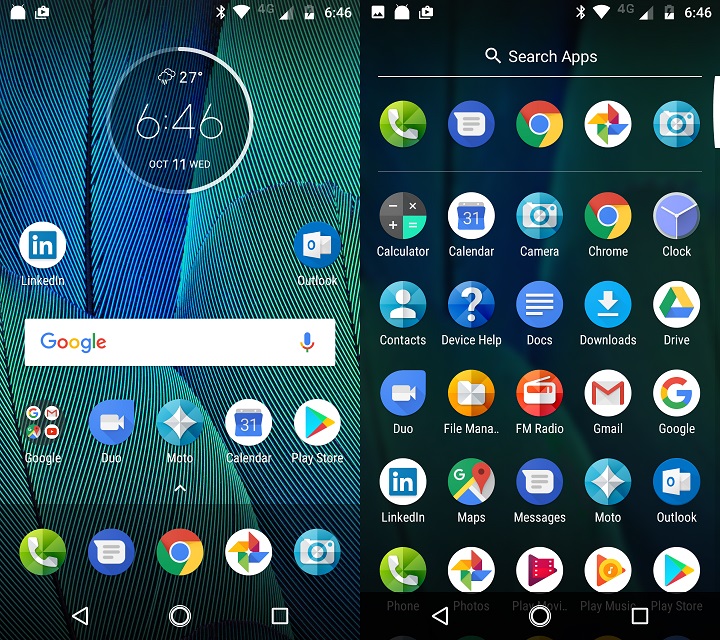 It uses on-screen navigation keys while apps can be accessed by a simple swipe up from the bottom. Customization options are pretty much basic like wallpapers and widgets. You can also activate Home screen rotation for landscape orientation, swipe left to access Google feed, or use the split screen feature for easy multitasking. 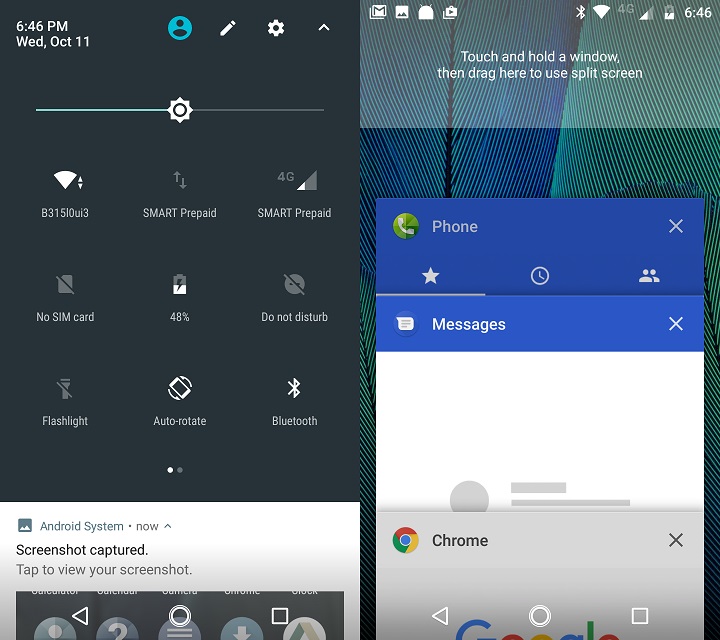 Upon boot up to the Home screen, the interface feels crowded and as you will be greeted by pre-installed apps like LinkedIn and Microsoft Outlook, which you can’t uninstall, along with the basic Google apps. All in all, this leaves you with 23.8GB of usable storage out of the 32GB, which you can expand via microSD or USB OTG.

The dual 13MP rear camera setup is one of the main features of the G5S Plus. It doesn’t offer a lot of features though as you’re limited to HDR, Professional mode, Panorama, and Depth enabled. Images produced are quite good even when shooting indoors as long as you have enough light to go around. They’re sharp with punchy colors and good dynamic range. The same can be said with the 8MP front camera. 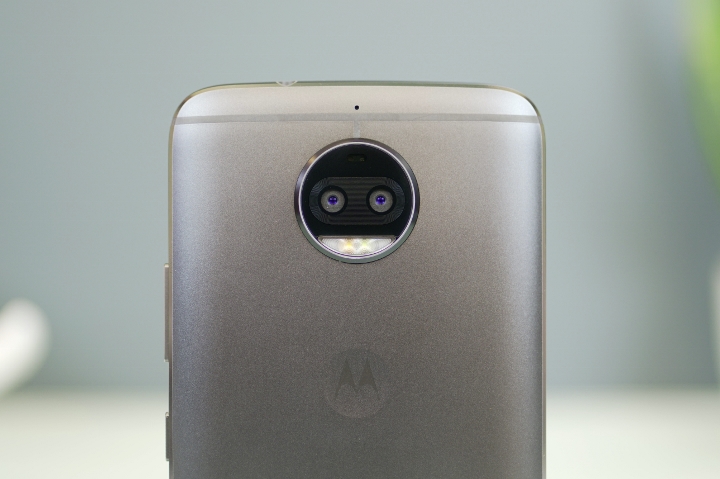 The Depth enabled mode, on the other hand, lets you shoot subjects and produce an artificially blurred background. The implementation is not perfect and the resulting images are soft, but the “bokeh” effect is noticeable and is quite nice.

As for video recording, it can shoot 4K videos at 30fps in MP4 format. It’s sharp with decent dynamic range and colors, although there’s no OIS or EIS so resulting footage can be shaky.

Powering the G5S Plus is an aging yet still capable Qualcomm Snapdragon 625 octa-core CPU. It is paired with an Adreno 506 GPU and 4GB RAM. So far we’re very much satisfied with its performance and handled the games we throw at it like Mobile Legends, Vain Glory, and Torch Light. Warming can be felt below the camera which is enough to make your hands sweat, but not a cause for concern. 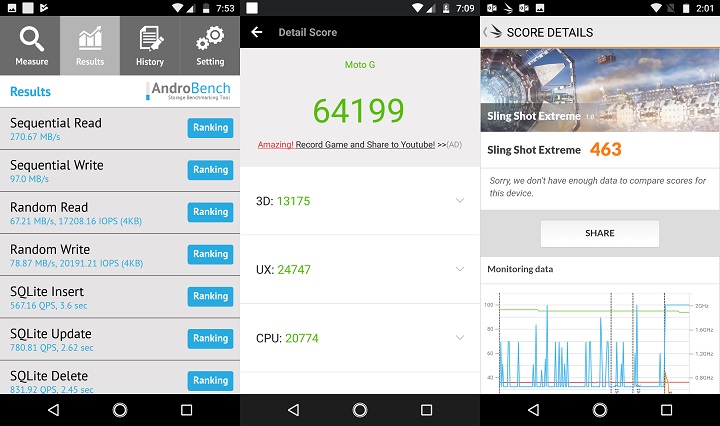 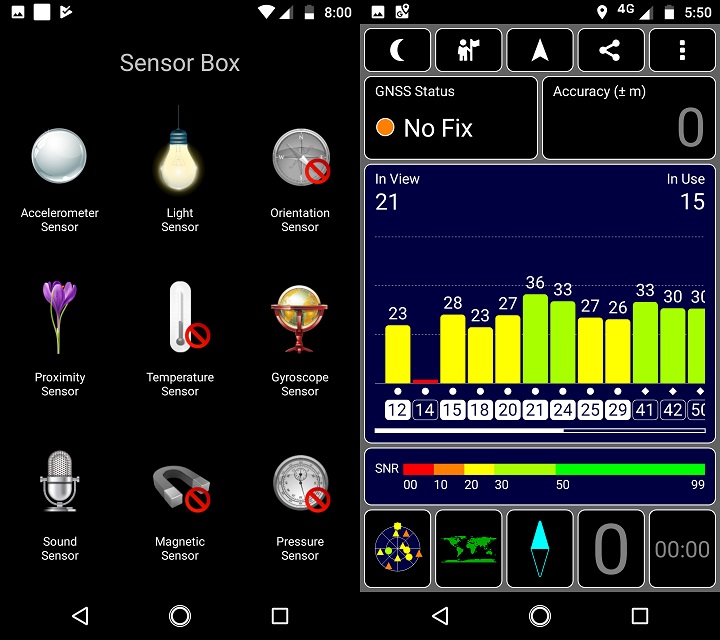 Connectivity-wise, the G5S Plus has the basics covered such as 4G LTE, WiFi, Bluetooth, and GPS. We find it weird though that we’re getting a No Fix GNSS Status using the GPS Test app but our navigation apps like Waze and Google apps work just fine. Mobile data is fast and stable and we’re getting solid LTE signal indoors. Call quality is good thanks to noise cancellation.

The G5S Plus has a 3,000mAh battery. Although average, it can easily get us through a whole day of mixed usage which includes mobile data and some gaming. Using our video loop test which consists of playing a Full HD video in Airplane mode at 50% brightness and volume with headset plugged in, yielded 16 hours of playback which is good. This can be attributed to the power efficiency of the Snapdragon 625.

As for charging, it features TurboPower that can provide 6 hours of power in 15 minutes of charging. We noticed that the fast charging feature activates until 50% then uses normal charging onwards. Total charging time takes around 2 hours.

Note: PC Mark result is not available as the app stalls in the middle of the test.

The Moto G5S Plus is a solid mid-ranger with a good display, capable processor, large RAM, dual rear cameras, good battery life, and doesn’t ask much at Php14,999. It would have been a stand out if it was released in Q1 or Q2 of 2017. Right now, it’s a tough choice as there are new devices that offer better hardware and design for the same price. To conclude, the G5S Plus is a good phone but it’s going to take more than that if it wants to make a dent on the competition. 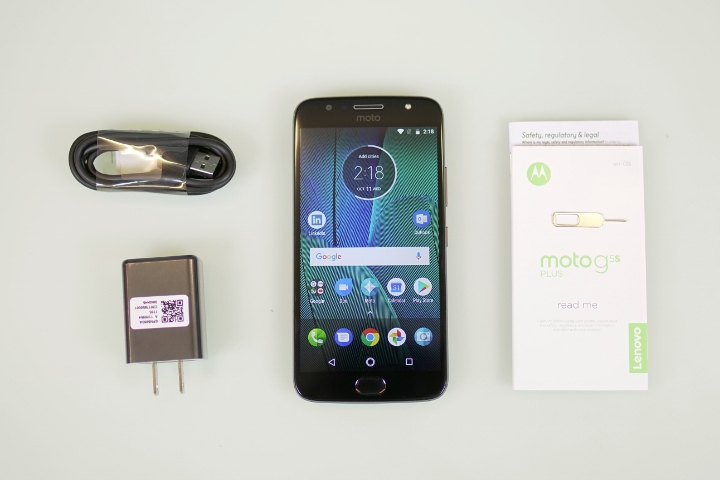