We’ve heard of budget smartphones, but no one has went down the Php1k range until recently when MyPhone announced a partnership with Smart Telecommunications and brought the entry-level my28 smartphone to an Php888 SRP. Here’s a quick look at this smartphone, now aptly named my28S. 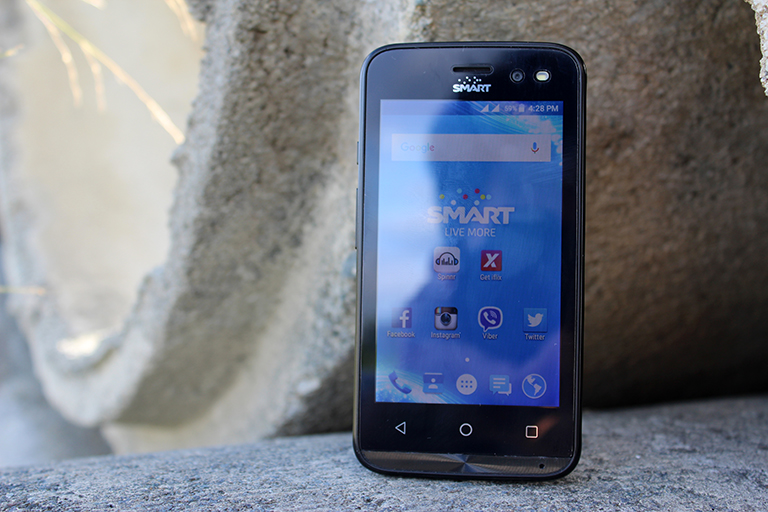 There’s no denying that this phone sells like hotcakes since it was first announced, with people queuing up on the wee hours of mall openings just to grab a hold of the device. Nevertheless, we managed to snag one unit across one of the local brand’s authorized selling points, and here’s how we laid the box’s contents down on a quick unboxing video:

For a phone priced less than a grand, the only difference the new My28S variant differs from the original My28 is perhaps the internal storage it has — it’s now scaled down to 4GB from the original 8GB. Nevertheless, most of the hardware are still intact: at the front we see the Smart logo replacing myPhone’s just beside the 2MP front camera with its dedicated flash, akin to how they do it in other parts of the world.

There’s the 4-inch display which we assume of a TFT LCD type since not colors tend to change on some viewing angles, and the square panels are very evident when we took photos of it. There’s also a screen protector — which is already properly placed on the device as you open the box. Just below the non-lit capacitive buttons is a concentric ring design similar to ASUS smartphones, and a small hole for the microphone sits right at the edge. 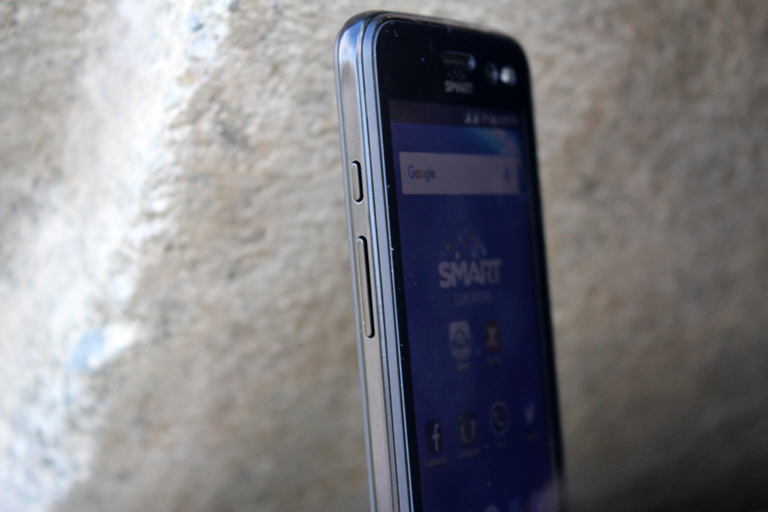 At the left side, we can see the volume rockers and the power/lock button, which may be a good idea for those who frequently use their left hands. It’s also a bit chunky-looking, but still can be held well with a single hand. At the top of the device are the microUSB and audio ports. The sides are framed in a glossy polycarbonate that sometimes trigger fingerprint smudges. 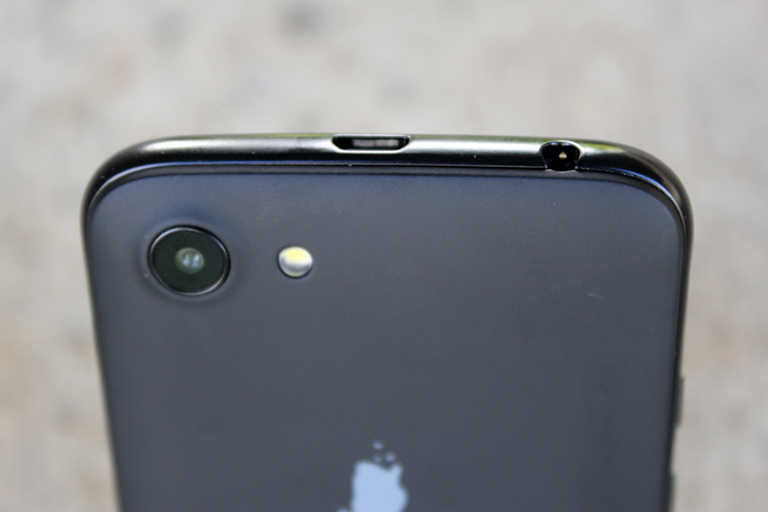 At the back of the device are the slightly protruding 5MP rear shooter with its LED flash, and myPhone’s trademark Philippine map design marked across the matte back plate that does not register any fingerprint smudges.

Will this new budget offering from Smart and MyPhone win your hearts, and perhaps your hard-earned Php888? We’re taking this out for a quick spin, so expect a quick review in the coming days.