As part of the company’s Halloween initiative, MyPhone released a simple banner showcasing all the existing smartphones under the Rio lineup. But this seemingly ordinary picture turns out to be a teaser for its upcoming device called the MyPhone Rio Junior TV.

At the time of posting, little is known about the still-unannounced handset other than its cheap SRP which is pegged at Php1,899. 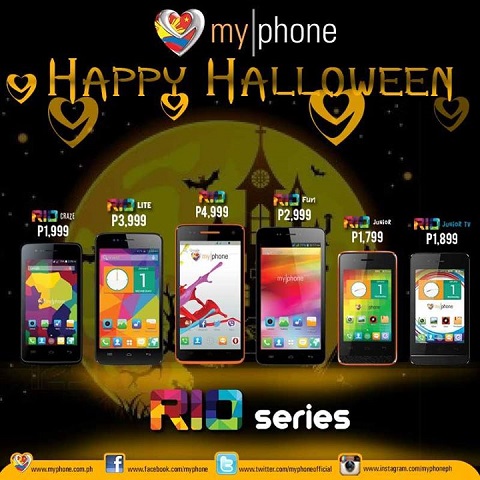 Upon closer inspection of the picture, it seems that the Rio Junior TV shares the same screen size of its the Rio Junior which is right beside it on the Halloween campaign picture.

Judging by its naming and price tag, we won’t be surprised if the Rio Junior TV will also have the same configuration as the handset’s non-TV sibling.