Following the release of the Realme 6i, the company finally launched in the Philippines the other devices in the series. Sitting in the middle is the Realme 6. So, what makes this device stand out in the sea of competitive mid-range devices? Let’s find out. 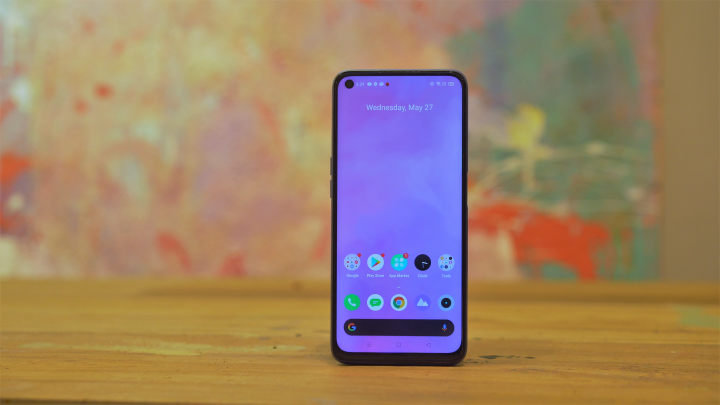 Right off the bat, we can say that the device is relatively large at 6.5-inches. Unlike the Realme 6 Pro, the punch-hole only houses a single 16MP front camera, instead of a dual setup. It also has a metallic frame for a premium look and feel. The left side houses the triple card tray with slots for two nanoSIM cards and one microSD card, as well as the volume buttons. 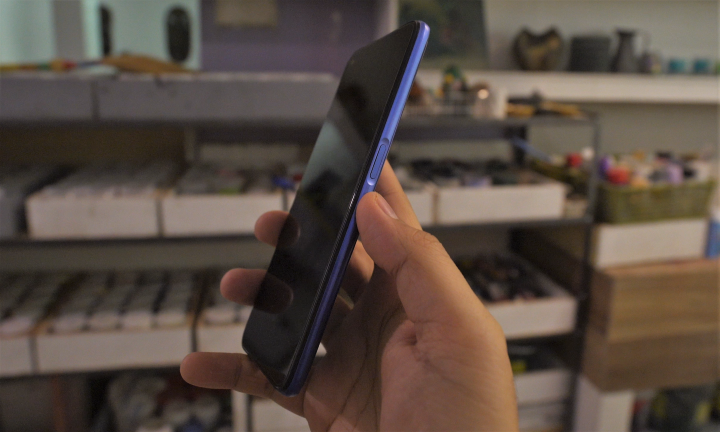 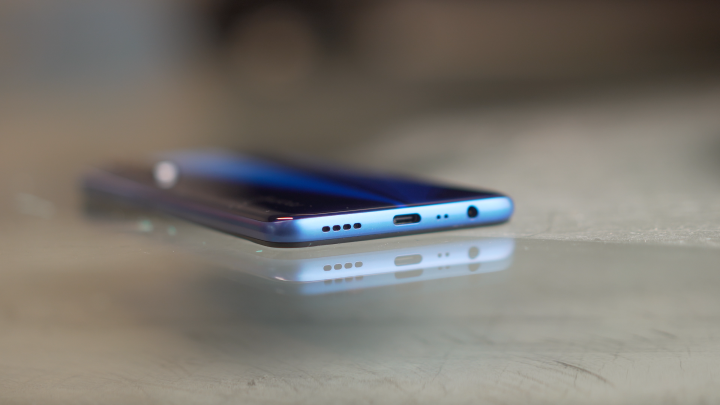 At the bottom, we have the headphone jack, primary microphone, USB-C port, and loudspeaker. 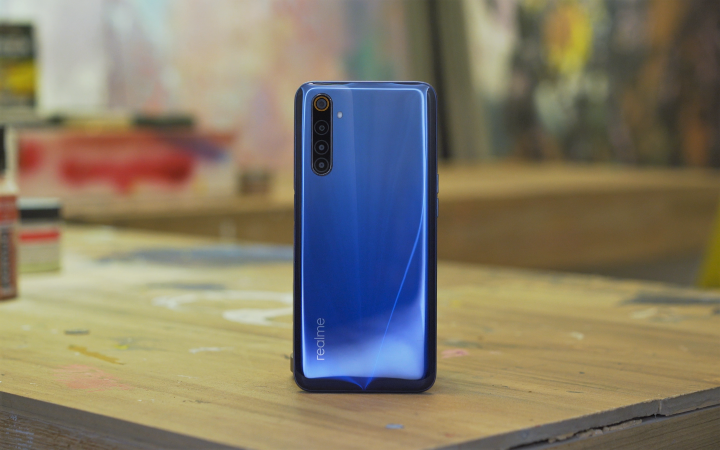 At the back, it’s made of plastic with a simple gradient design. It’s quite reflective, therefore a smudge and fingerprint magnet — better use the included case.

Looking at the details of the 6.5-inch display, it uses an IPS LCD panel with a resolution of 2400 x 1080 or equal to 405ppi. The colors are accurate, viewing angles are good, but the screen is not as bright as we would have preferred. What makes this device stand out is the smooth 90Hz refresh rate, same as the Realme 6 Pro. A 90Hz refresh rate in a mid-range smartphone with this price tag is still uncommon. It’s a visually pleasing experience when you’re navigating the UI or scrolling through articles or social media feed. 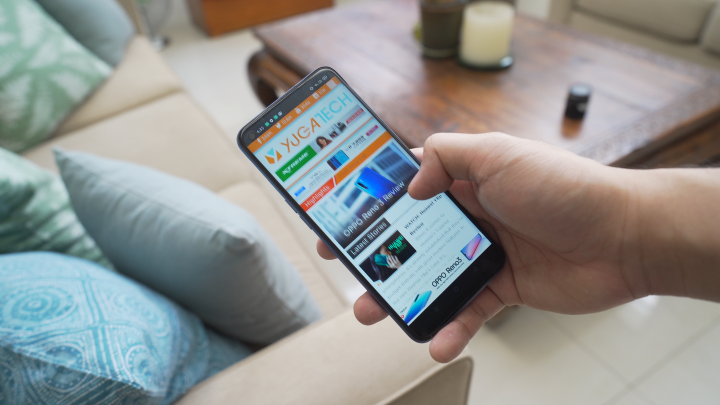 For the loudspeaker, audio quality is like your typical smartphone. It can get loud but no bass. There’s also some distortion when you max the volume. We recommend using headphones or an external speaker for better audio quality.

For rear cameras, the Realme 6 has got four of them. That’s a 64MP primary sensor, 8MP ultrawide, 2MP macro, and a 2MP depth sensor. 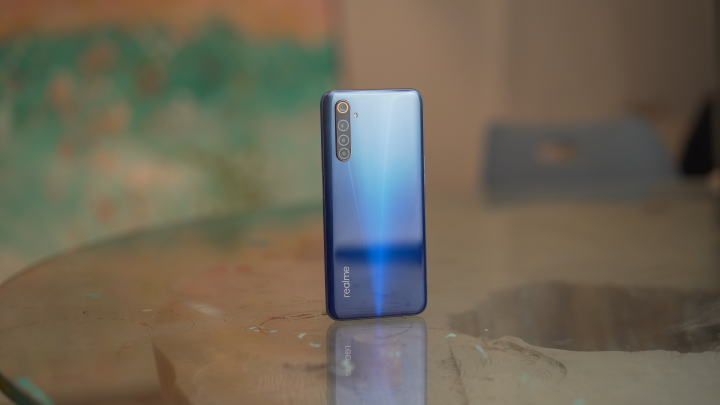 This setup is handy and versatile as we have ultrawide and macro cameras, both of which have proven to be useful. Quality from the rear cameras under bright lighting conditions is pretty great as we get vibrant colors and sharp detail, though dynamic range can be better.

For low light, it performs well with the Night Mode feature in certain situations, but without it turned on, it’s generally a poor performer in low light. For video, the Realme 6 can shoot up to 4K at 30FPS. At this maximum resolution, details are sharp, colors are vibrant, just like with the photos. Surprisingly there is at least some stabilization present.

The front camera is quite a letdown, but generally, the Realme 6’s cameras pass the litmus test for a decent mid-range smartphone. 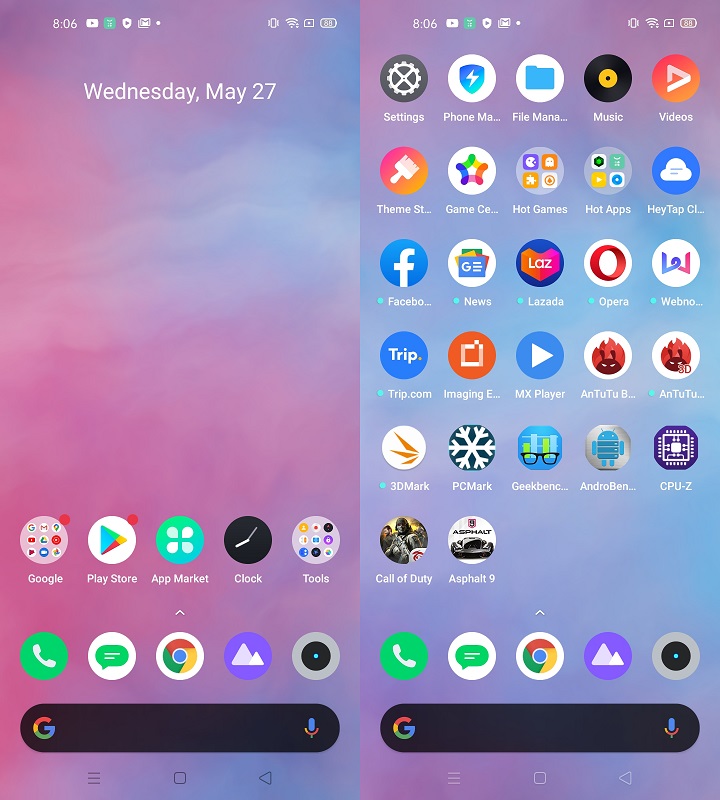 Pre-installed apps include the standard Google suite, as well as some proprietary Realme tools, including the File Manager and Phone Manager.

When it comes to storage, Realme is offering the 128GB option in the Philippines, with a usable space of 105.91GB. You can further expand the storage with a microSD card slot via its dedicated microSD card slot.

Powering the device is a MediaTek Helio G90T octa-core CPU, and Mali-G76 GPU. For the RAM, Realme is offering the 4GB and 8GB models. Performance is buttery smooth, which is accentuated further by the 90Hz display. Resource-intensive apps are no problem at all, and you can run as many of them as you like with the 8GB RAM model. 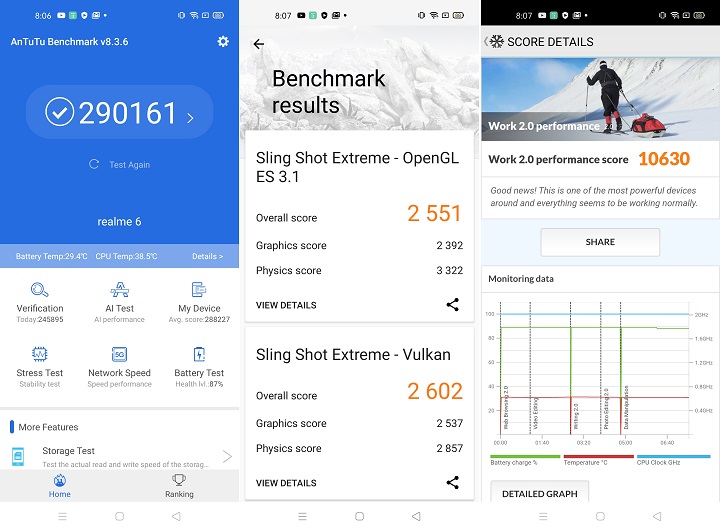 Realme didn’t fail on their promise that the Realme 6 is a great phone for gaming — as the Helio G90T provides great performance for heavy graphics games. The benchmark scores we got are also pretty high for a phone at this price point.

The Realme 6 has your usual connectivity features, including Dual-SIM, 4G, WiFi, and Bluetooth. It’s a good thing that Realme has opted to use USB-C this time. For the battery, the Realme 6 packs a 4,300mAh capacity, which is excellent considering that you will be using this phone for taking lots of photos and gaming.

The battery can easily last you a whole day of moderate usage that includes a bunch of gaming throughout. In our standard video loop test (1080p movie on loop, 50% brightness, 0% volume, airplane mode on), we got a total of 18 hours and 52 minutes of playback. In the PCMark Work 2.0 Battery Test, we yielded a score of 10 hours and 9 minutes. Both of these results are pretty good.

The Realme 6 is the company’s attempt at raising the standards of a mid-range smartphone. For PHP 11,990 for the 4GB + 128GB and PHP 13,990 for the 8GB + 128GB, you already have a device with a large hi-res screen, good performance, versatile cameras, and a large battery. And the cherry on top, the 90Hz refresh rate, a feature mostly found in more expensive devices. And given that configuration, the Realme 6 stands out and can be considered as one of the best value smartphones in the market.

The Realme 6 is available at Lazada. See the listing here.

With inputs from Joey Maceda