The Realme 6 series is officially upon us, and in the Philippines, it starts with the entry-level Realme 6i. Unlike the previous Realme 5i, which had little to set it apart from the standard Realme 5, the 6i is distinct enough from the Realme 6, giving consumers clear options. Now the question is, who is the Realme 6i for? 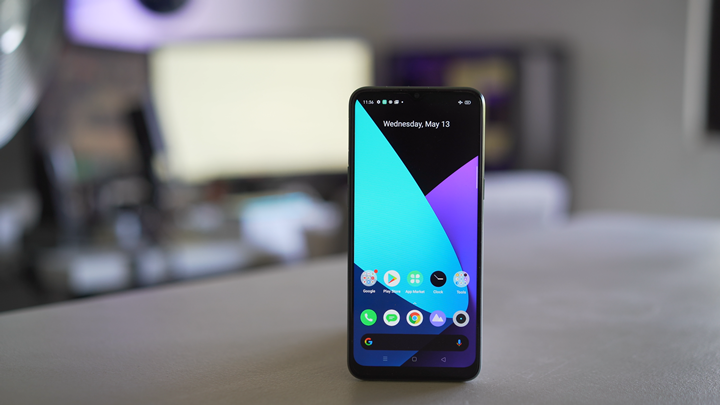 This is a pretty sizable device coming in at 6.5-inches. It’s got some heft to it probably due to its massive battery but is still comfortable to hold thanks to the curved sides and matte finish on the back. 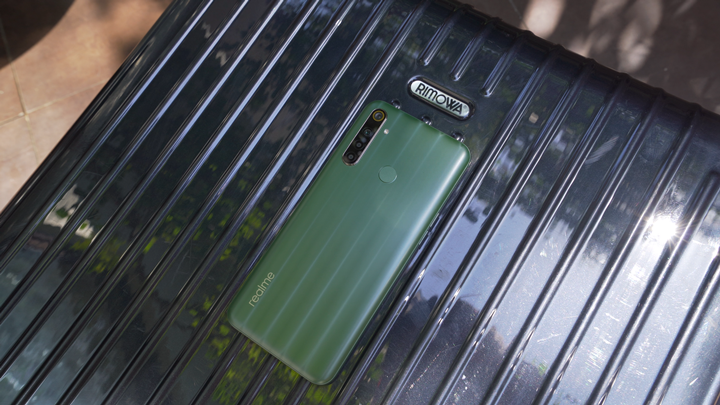 As mentioned in our previous hands-on, the back of the Realme 6i is the work of Japanese industrial designer Naoto Fukasawa, probably most known for his huge contributions to Muji items. The somewhat holographic vertical lines along the Green Tea colorway are nice to look at and may remind you of a Rimowa suitcase. Here at the back are the quad rear camera module, LED flash, and capacitive fingerprint scanner. 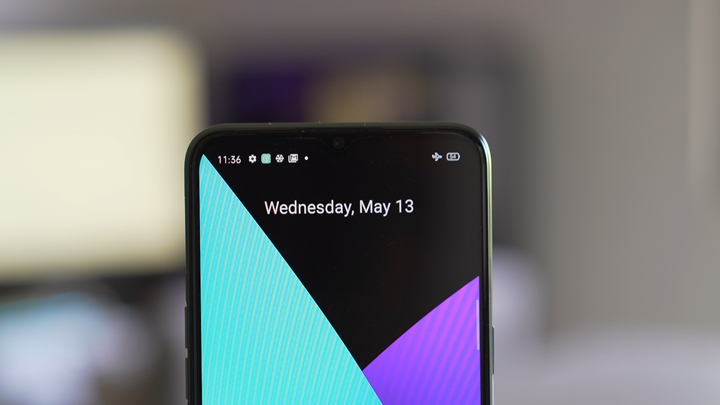 Checking out the front, we get pretty slim bezels on the sides with a thicker bottom bezel. It uses a waterdrop notch design to maximize the screen-to-body ratio. The notch houses the front-facing camera and call speaker. Unfortunately, there doesn’t seem to be a notification LED here. 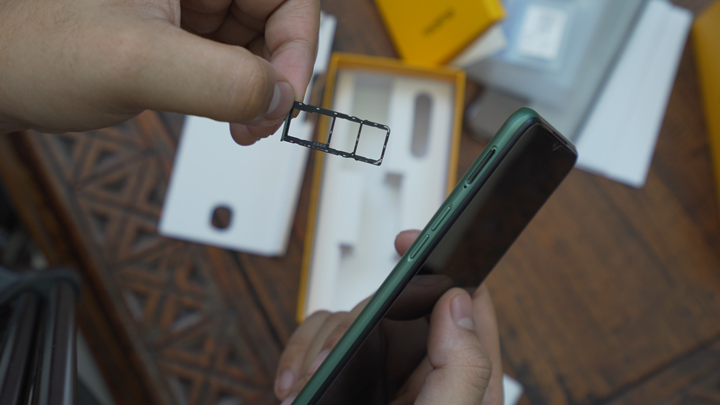 On the left side, we have the volume controls and triple card tray with a dedicated microSD slot. And on the right, the lone power button. I prefer having all the buttons on one side, as this prevents accidental presses when resting the phone on its side on a table when watching videos. Nonetheless, it’s not that big of a deal — also, the buttons are quite clicky and nice to press. 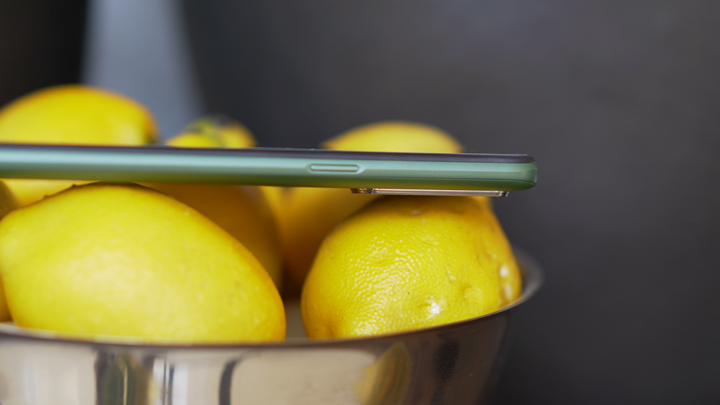 Now moving to the bottom, we get the headphone jack, microphone, USB Type-C port, and loudspeaker. It’s nice to finally see that USB-C is now standard on most entry-level devices, as well as the fact that there’s a headphone jack. 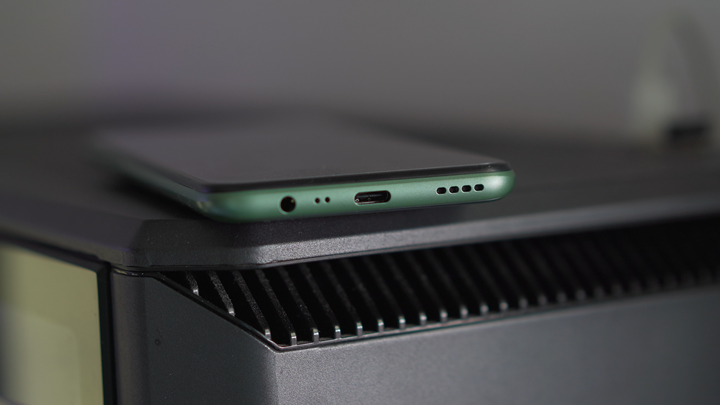 Overall, the Realme 6i’s design is robust enough. It provides the basics in functionality while being aesthetically pleasing thanks to a unique design from Fukasawa-san.

The Realme 6i has a 6.5-inch IPS display with a resolution of 1600 x 720. This is quite low on paper. However, it’s not bothersome for regular daily use. It’s not winning any awards for displays, but it’s enough for text to appear crisp, colors are beautiful and vibrant, and viewing angles are wide. Overall brightness is also pretty good, being viable for outdoor use at around 90-100% brightness. 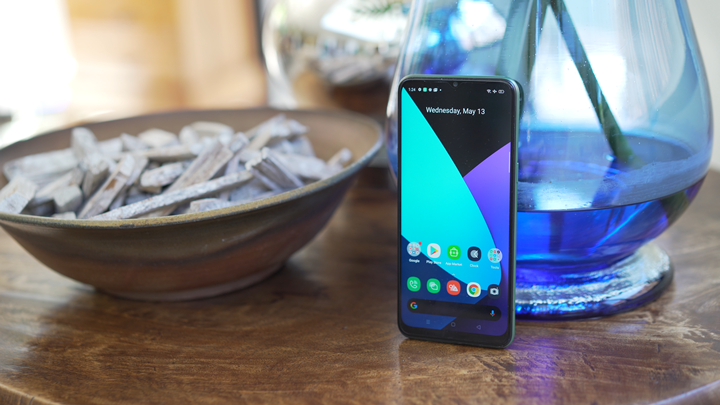 As for audio quality from the single downward-firing speaker, it’s unremarkable. At maximum volume, it’s not that loud and is lacking a lot of punch. However, mids and highs are quite clear. At best, it’s only going to be suitable for solo listening in a quiet environment or calls on the loudspeaker.

The Realme 6i comes with four rear cameras. These are a 48MP primary sensor, 8MP ultrawide, 2MP macro lens, and a 2MP depth sensor. 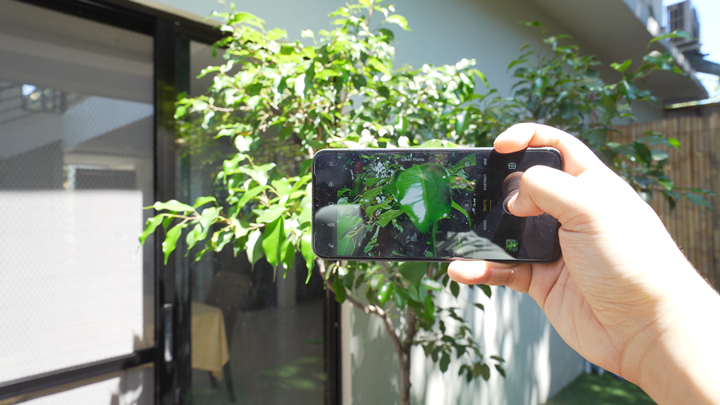 Quality from the primary rear camera is decent — not bad, but not inexplicably fantastic either. There is a sufficient amount of detail with the standard auto mode under good lighting — something that can be improved even further by using the 48MP mode.


With a dedicated depth sensor, portrait shots have good subject-background separation even with non-human models. The ultrawide lens has quite a large field-of-view and isn’t far off in terms of quality from the primary rear camera. The dedicated macro lens is cool to play with, as you can get right up in your subject’s surface while remaining in focus. 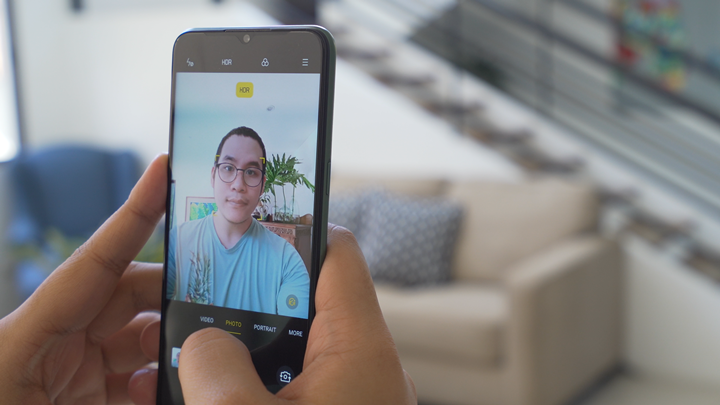 Checking out the 16MP front camera, by default, there’s a pretty strong beauty mode effect that I’m honestly not a fan of because it’s quite aggressive, so I’d rather keep it off. Nonetheless, selfies have the right amount of detail, and skin tones look quite natural.


If there’s one point where the 6i’s camera system is weak, it’s in low light situations. Shots are noisy and muddy, and the Night Mode does little to remedy this.

For videos, we can only shoot up to 1080p at 30FPS. Stabilization is present but is nothing gimbal-like. Quality is about the same as you’d expect from photos, with regards to detail, color, and dynamic range.

Overall, the Realme 6i has decent cameras to accompany the rest of the package, further making it an excellent bang-for-your-buck purchase.

The Realme 6i runs on Realme UI based on Android 10. I’m a big fan of Realme’s implementation of Android, as it still has some design elements from ColorOS. 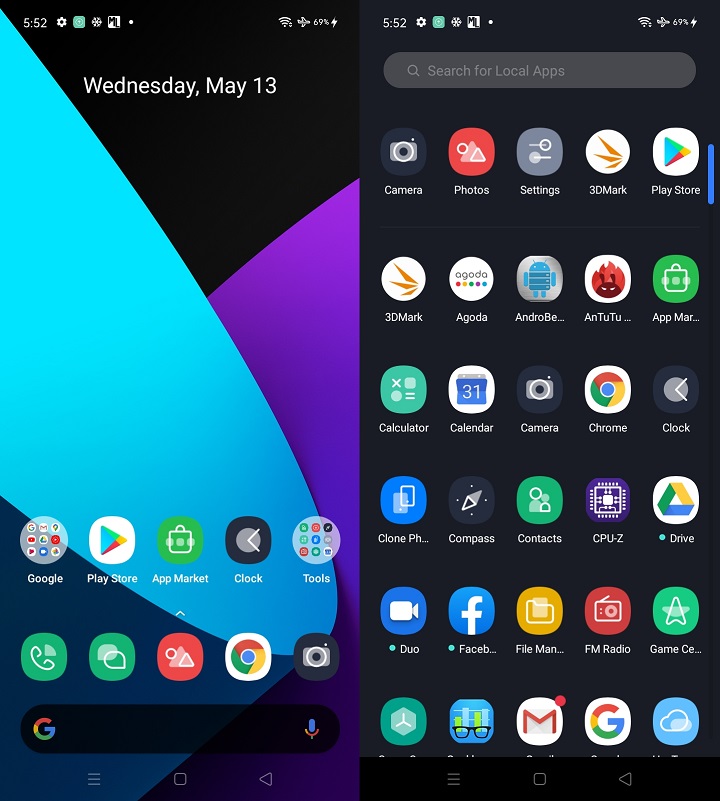 It does have an app drawer and comes with a lot of cool features like icon customization, system-wide Dark Mode, built-in screen recording, and a Quick Tools sidebar. The device comes pre-installed with some apps, including some proprietary and some from Google.

Out of the 128GB of our unit’s internal storage, 103.55GB is usable. The 6i has a dedicated microSD card slot in case you need extra room for your files.

Powering the Realme 6i is a MediaTek Helio G80 chipset with a Mali-G52 MC2 GPU with 3GB/4GB of RAM and 64GB/128GB of storage. Our review unit has the 4GB + 64GB memory configuration. 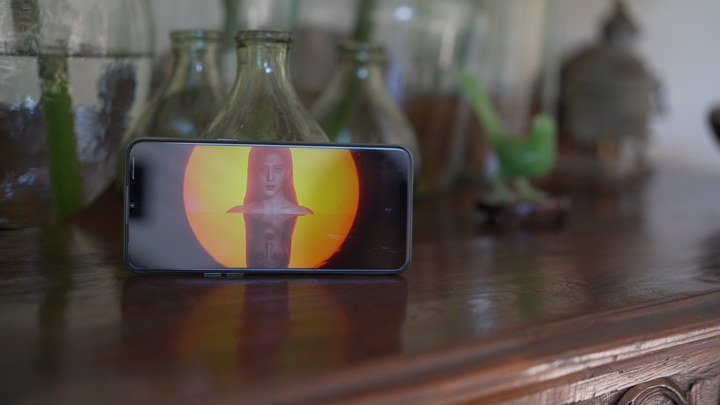 Overall performance is great, especially for such an affordable phone. You will be able to run resource-intensive apps with ease, and the 4GB of RAM will allow a generous amount of multitasking. GPU performance is moderate, but you can play pretty much any graphics-heavy game with good framerates. 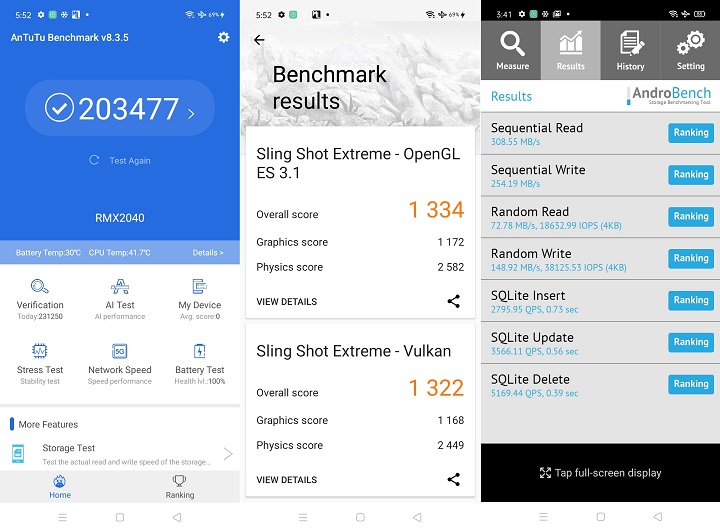 With an AnTuTu v8 score of over 200k and both 3DMark Slingshot Extreme tests coming in at over 1,000, it’s about as good as a top-tier flagship smartphone from 3-4 years ago. That might not sound very impressive, but consider that this is an entry-level phone, and 3-4 years is still fairly recent.

For power, the 6i comes with a 5,000mAh Li-Po battery with support for 18W fast charging. This is an excellent capacity that, with the low-resolution screen and power-efficient chipset, can provide more than a day of moderate usage. In our standard video loop test (1080p mp4 video on loop, 50% brightness, 0% volume, Airplane Mode on), the Realme 6i lasted for 21 hours and 11 minutes of playback.

The Realme 6i is a strong start to the lineup’s release here in the Philippines, providing a lot of features and reliable performance at an affordable price. For a starting price of PHP 7,990 for 3GB  + 64GB, and PHP 9,990 for the 4GB + 128GB, it’s a tough deal to beat if you’re on a budget and looking for a very reliable phone that excels in almost everything it aims to be. It has some drawbacks like its subpar display and very average camera system. But that aside, Realme did a great job with the 6i. 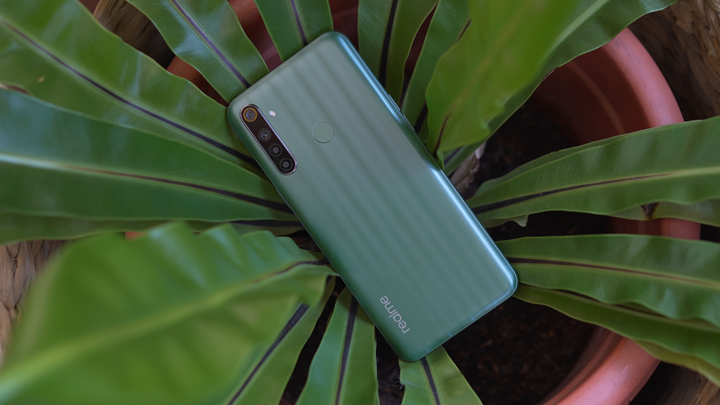 With editing by Louie Diangson

Or faulty sensor texting is thrown. The battery lasts all 2 player games day. The video is a bit fuzzy.

Waiting for the Redmi 9