Realme has recently announced a new model of the Realme C3 in Indonesia. It has a 6.5-inch display, triple rear cameras, and a 5,000mAh battery. But how’s the improvement over the Realme C2 2020? Let’s find out. 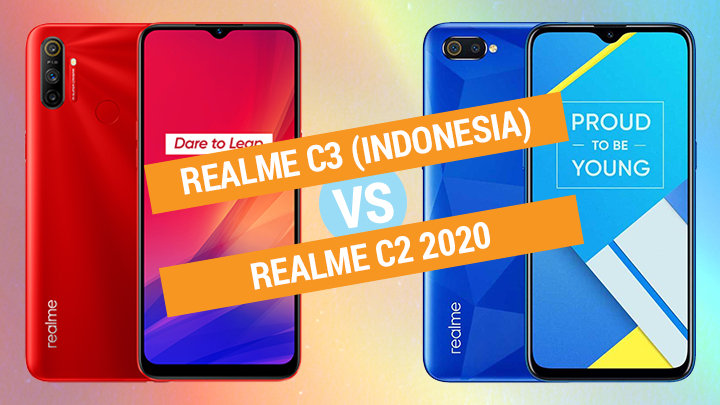 Both devices sport displays above 6-inches. The Realme C3 is just larger by 0.4-inch. Both have the same HD+ resolution but the C3 has slightly more vertical pixel than the C2 2020. The C2 2020 has a bigger PPI count but only by 12ppi. Despite the differences, these are minor and would appear of the same quality in day-to-day usage. Both also have Gorilla Glass 3 for protection.

Basically, the new Realme C3 will provide better performance compared to the Realme C2 2020 which can be felt in running games and camera features.

The new Realme C3 only comes in 3GB RAM with 128GB of storage which can be expanded via a microSD card up to 256GB. The Realme C2 2020, on the other hand, is offered in two variants — 2GB + 32GB and 3GB + 64GB. Storage is also expandable via microSD cards. In this case, the Realme C2 2020 has an advantage for offering a larger storage option.

OS and other features

The new Realme C3 is running on the new Realme UI 1.0 which is based on Android 10, which is better than the ColorOS 6.0 based on Android 9.0 Pie on the C2 2020. Both have the same set of connectivity features like 4G LTE, WiFi, GPS, 3.5mm audio jack, Face Unlock, and micro USB port, however, the C3 has a newer Bluetooth version and has a rear-mounted fingerprint scanner.

The Realme C3 wins in this department for having a larger 5,000mAh battery compared to the 4,000mAh on the Realme C2 2020. Given the capacity, we can expect longer battery life on the C3.

In summary, the Realme C3 offers significant upgrades over the Realme C2. If it’s your just planning of buying your first budget smartphone, we suggest going for the C3. There’s no word yet of its arrival in the Philippines, though, but we’ll never know.