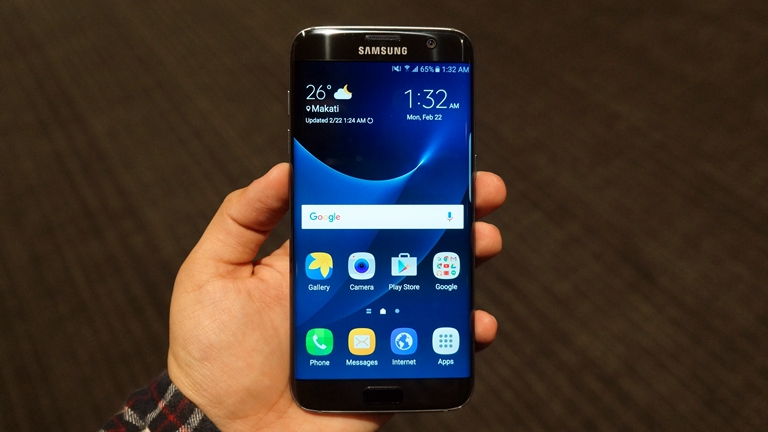 Aside from the size, nothing much has changed on the exterior and design.

It still has that same old yet gorgeous look with an all metal frame and glass on glass design using a tough Gorilla Glass 4 panel. The flat back panel slightly tapers towards the edges so the grip is better and more comfortable. 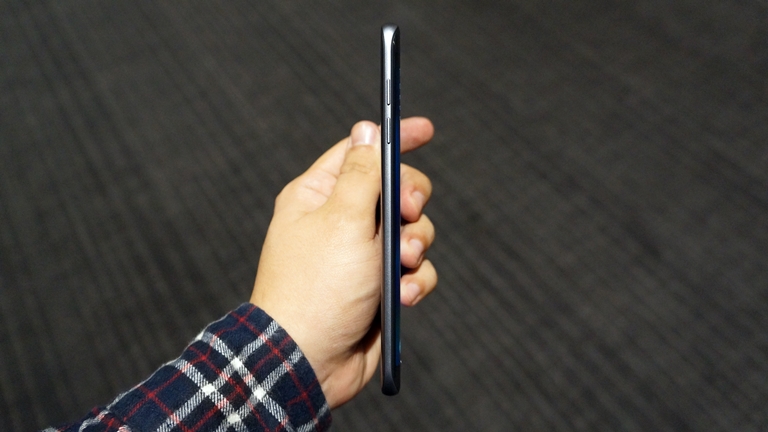 The power button is still on the right, the volume controls are on the left while they repositioned the nano-SIM card slot up top to sit along with the 3.5mm audio port. The home button that also serves as the fingerprint sensor is slightly rounder and softer while the camera at the back does not protrude that much compared to the Galaxy S6 Edge. The flat back panel slightly tapers toward the edges to make handling of the device more comfortable to the hands. The 5.5inch AMOLED display still has the same quad HD resolution of 2560x1440pixels. 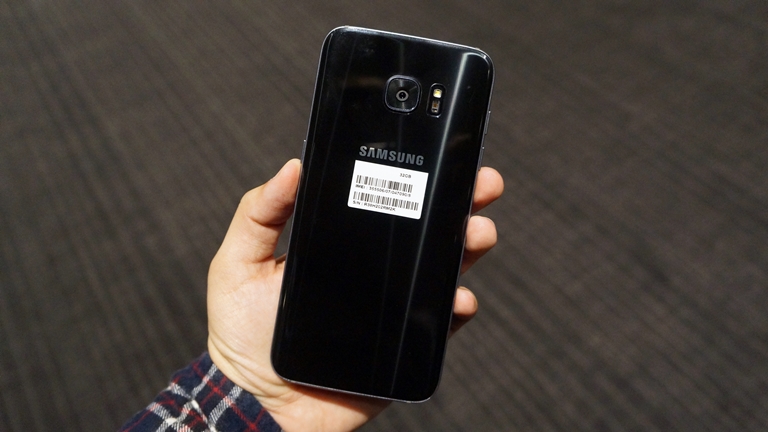 While Samsung might have stuck with the old look, what they’ve concentrated on was improving a lot of the shortcomings of the older Galaxy S6 Edge.

First is they made it IP68 compliant which means it is dust and water resistant for up to 1.5 meters and as long as 30 minutes. It’s a feature they introduced in the Galaxy S5 but neglected to include in the Galaxy S6 Edge. Now you can take your S7 Edge out for a swim or under heavy rain without worrying. Second, a hybrid dual-SIM card slot with one of the SIM tray capable of supporting a microSD card of up to 200GB. That is the reason why they’re only making the 32GB and 64GB storage variants. They’ve done this with their mid-range Galaxy A series like the A8 so there’s no reason it should not be a standard on the Galaxy S7 series.

Fourth, better camera. The camera on the Galaxy S6 Edge was already great but Samsung managed to make it a little bit better with the Galaxy S7 Edge.

There’s a new 12-megapixel rear camera with a maximum aperture of f1.7 and optical image stabilization. That means better low light performance and better video quality even in dark environments. Samsung uses a dual-pixel sensor that’s similar to the technology found on the Canon 70D. Focus time is down to just 0.02 seconds.

The camera module still protrudes at the back but not as much as its predecessor.

The megapixel count might have been reduced from 16MP to 12MP this time but that’s mainly the result of the shift to dual-pixel.

The main camera can still record 4K videos. The front camera was also improved with a 5MP sensor and f1.7 aperture.

And lastly, it’s got better hardware — 4GB of RAM and a faster octa-core Exynos processor that scored 132,076 on Antutu benchmark. 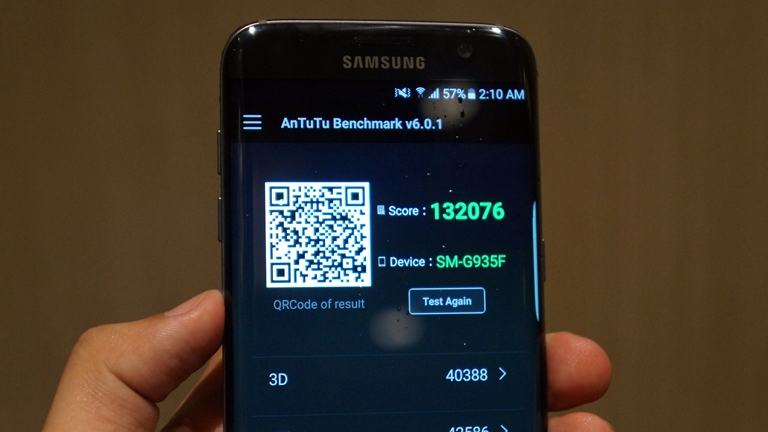 These are the five most important improvements that Samsung has introduced with the Galaxy S7 Edge. Some may think that these are incremental upgrades but quite a few were actually deal breakers when the company first introduced the Galaxy S6 Edge last year. The formula looks simple — same gorgeous design, great camera, longer battery life with wireless charging and better performance with expandable storage and water resistance.

Check out our hands-on video below: