Sony launched a slew of new smartphones at Mobile World Congress and we were there to meet the new devices. The first of which is the Xperia X that focuses on performance and imaging. Read on and find out what we think about it. The device touts a 5-inch Triluminos display fitted with Full HD resolution. It sits nicely in the hand, since it has that signature slim Xperia profile.

The upper portion houses the speaker for phone calls, some sensors, and the 13-megapixel front-facing camera while down below is devoid of any capacitive buttons or branding. It seems like more and more smartphones are adapting to the use of curved displays since the Xperia X implements this design language. Upon closer inspection, one will notice that the edges are curved towards the frame of the device and don’t just get cut off like the usual displays.

All the physical buttons found in the entirety of this full aluminum body are squeezed to the right side. Here we have the oval-shaped lock/power button, the volume rocker, and a camera shutter near the edge of the side panel.

The company pretty much implemented the same positioning of buttons as they did with the (last-of-its-kind) Z5 so users who have experienced other Xperias would feel comfortable operating the Xperia X. 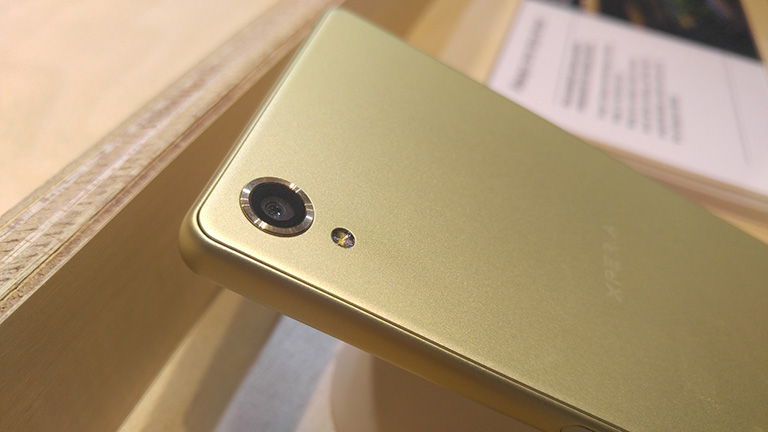 Taking care of the optics department is a beefy 23-megapixel rear camera which is equipped with Predictive Hybrid AF that ensures your subject is always focused even when it moves.

We had someone from Sony demonstrate how it works in the following video: 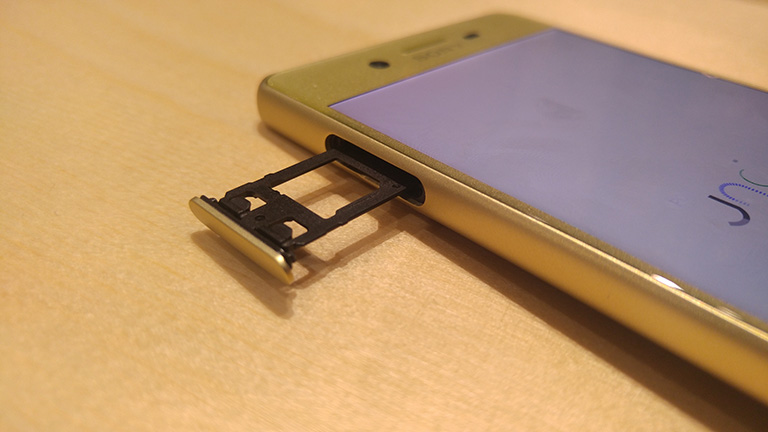 Meanwhile, the SIM tray is at the upper left side and is accessible by prying open the small gap using a fingernail.

While LG made its newest smartphone USB Type-C ready, Sony’s new entries still use microUSB ports to charge the devices and hook them up to a computer for transferring files. 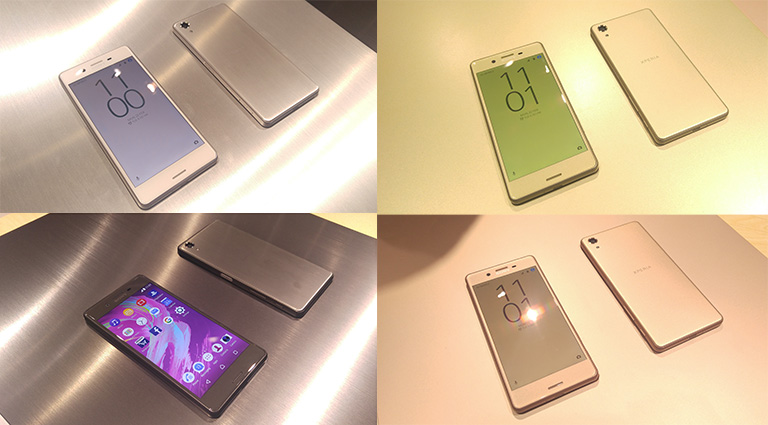 So far, what we see here is Sony’s attempt to introduce a new line of smartphones that have that sense of familiarity from previous Xperia phones, but at the same time introduces new elements (in terms of design at least) like the curved display.

It is also pretty obvious that they’re trying to step up their imaging game by equipping the 23-megapixel camera with Predictive Hybrid Autofocus — a fresh and promising feature when it comes to mobile photography.

The Xperia X lineup is expected to arrive in the summer of this year and will be available in an array of colors including White, Graphite Black, Lime Gold, and Rose Gold.