OnePlus recently unveiled their latest smartphone and an update to the OnePlus 5, the OnePlus 5T. It has an updated specs and a large 6-inch 18:9 display. Let’s compare it to one of the best smartphones of 2017, the Samsung Galaxy Note8, to see which one looks better on paper. 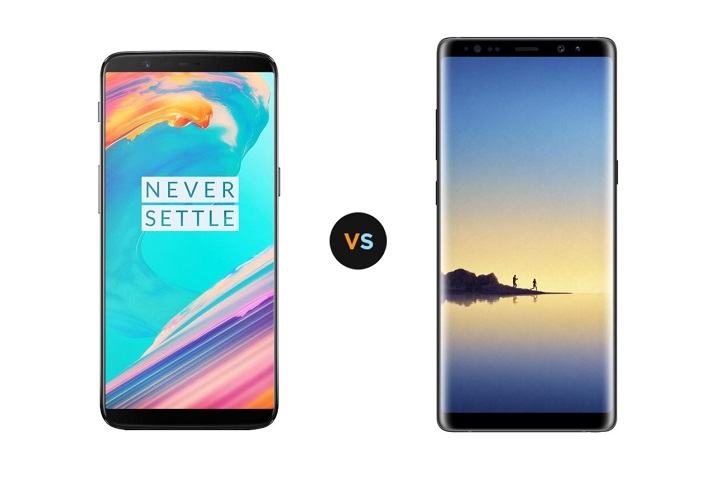 Seems like the OnePlus 5T can stand its ground against the Samsung Galaxy Note8 by offering bigger RAM and more storage for its users. Although it doesn’t guarantee a better image quality, it has a higher camera resolution. If we’re looking at DXOMark scores, its original version, the OnePlus 5, got a score of 87 while the Note8 got 94.

The Galaxy Note8, on the other hand, offers more features such as the larger and higher-resolution display, support for microSD cards, S-Pen, multiple biometric scanners, wireless charging, and water and dust resistance which is an important feature for flagship smartphones nowadays.

So if you want flagship specs for a lower price, the OnePlus 5T is the best option, but if you have the cash and care about the top-notch features, the Samsung Galaxy Note8 won’t disappoint.