Since it’s official release back in March last year, the Starmobile Octa has received notable reduction on its price which allows it to still be relevant and competitive up to this date.

Almost a year in, and Starmobile is still trying to squeeze as much juice as they can from their former flagship smartphone as it receives another price cut; this time it’s Php3,500 less which brings its new SRP down to only Php10,490. 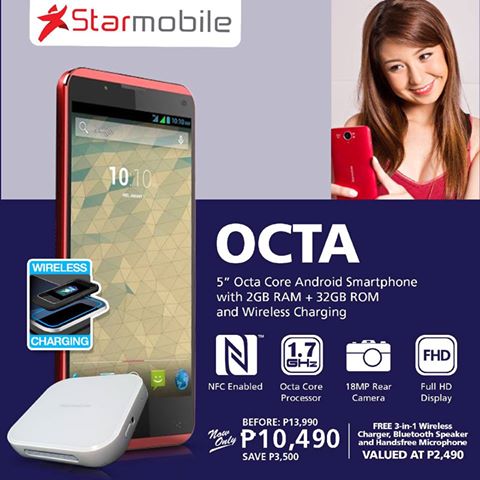 To further sweeten the deal, Starmobile is also giving away an accompanying wireless charger at no extra charge. The wireless charger can also double as a Bluetooth speaker, complete with handsfree functionality.

If you haven’t already, you can check out our first impression of the Starmobile Octa in the link below.