The iPhone could have been a classic iPod twin

The iPhone could have been a classic iPod twin

The iPhone we know today might have been very different. If you could still recall the early version of the iPod, picture it with phone features. 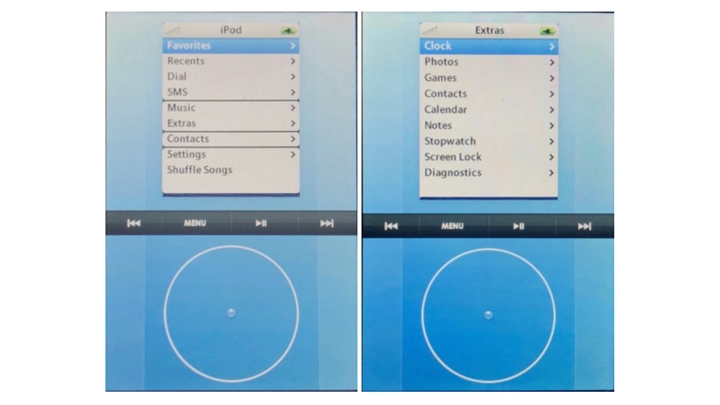 With the “Acorn OS” (which will be changed if it was released before), the original iPhone could have been operated by a click wheel that’s similar on a classic iPod. While the click wheel is still a fantastic way to operate your good old iPod back then, it might be difficult for a full functioning phone.

With the prototype recorded on a video posted by Sonny Dickson, the screen is split into two to simulate a virtual click wheel and four buttons for previous, Menu, play/pause, and next. The UI is also similar to the iPod’s and you rely on the click wheel to navigate through it.

The existence of such is possible due to the patent filed by Apple in 2006 before the iPhone was born. Just imagine how unconventional things will be if Apple pushed through with this.