Earlier this year, 2021, Xiaomi offered a number of smartphone variants for their refreshed Mi 11 series. We were impressed with their flagship-grade offering, but just when you thought they were done, here comes the 11T series, which aims to be a bit more affordable than the Mi 11 line. We’ve been using the Xiaomi 11T for weeks now, and it might actually be a better option than its Pro model. If you want to know more about our full thoughts, then just keep on reading. 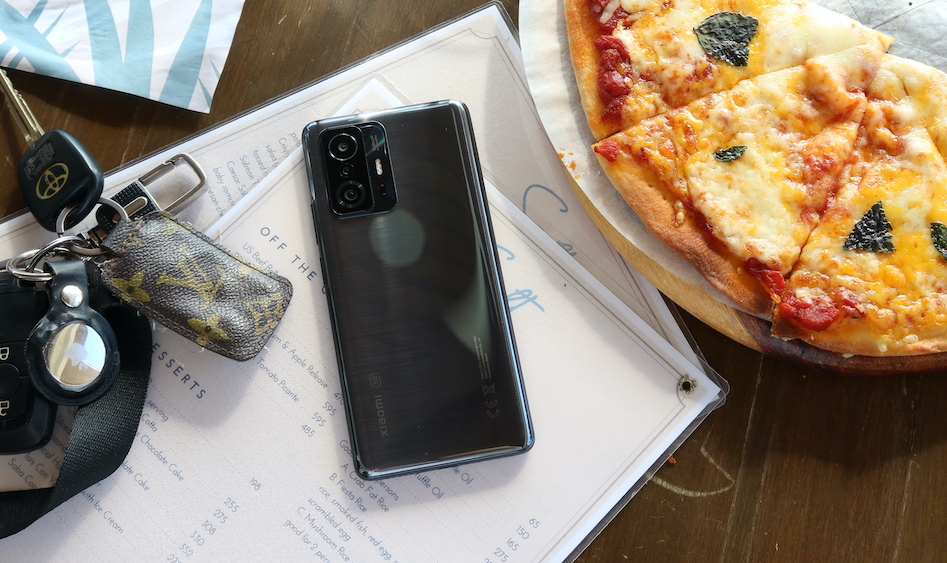 For a smartphone under PHP 25,000, the Xiaomi 11T’s design and build scream high-grade. It is identical to the Pro model with a matte aluminum frame and curved glass back, with a brushed metallic-like pattern underneath, then there’s some standard Xiaomi branding. It’s IP53 dust and water-resistant, so a few splashes won’t be a problem. The downside of this glossy back, however, is how highly prone it is to smudges—so better use a case on. 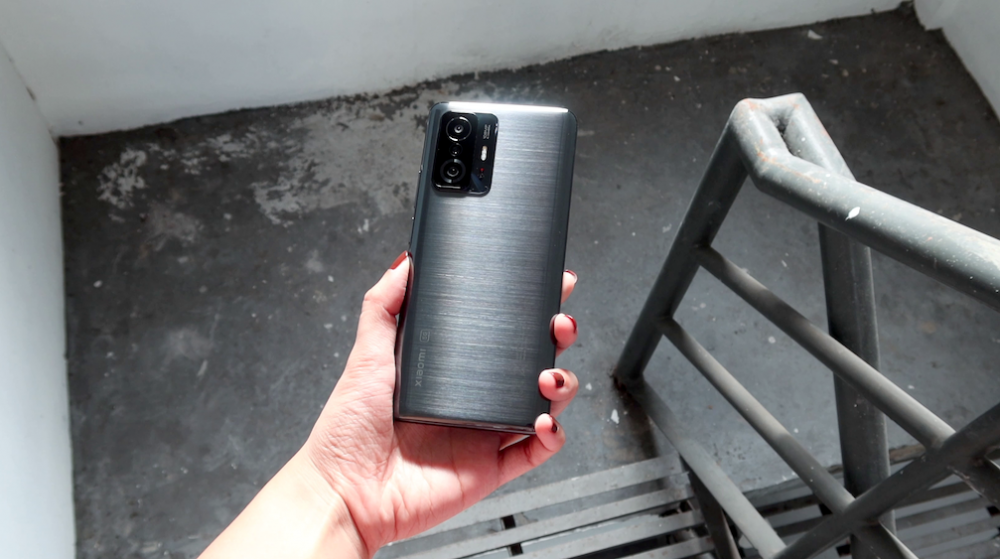 It is quite large and hefty to grip, so people with small hands might take some getting used to for one-handed use. The unit we have is in the Meteorite Gray color, but there’s also Moonlight White and Celestial Blue options available. 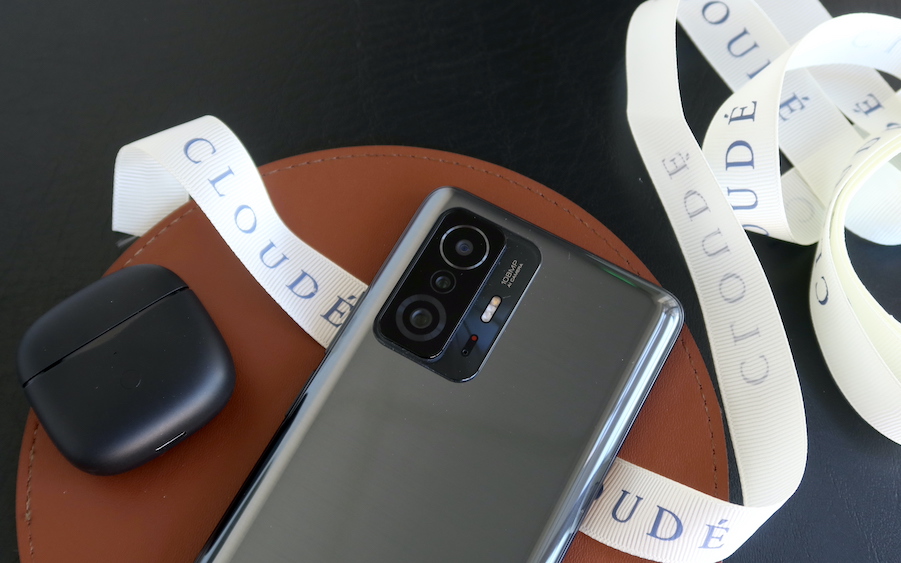 You’ll find its camera module on the upper left that houses its triple rear cameras, LED flash, and rear microphone. It’s still a protruding set-up but placing a case on evens out the camera bump. 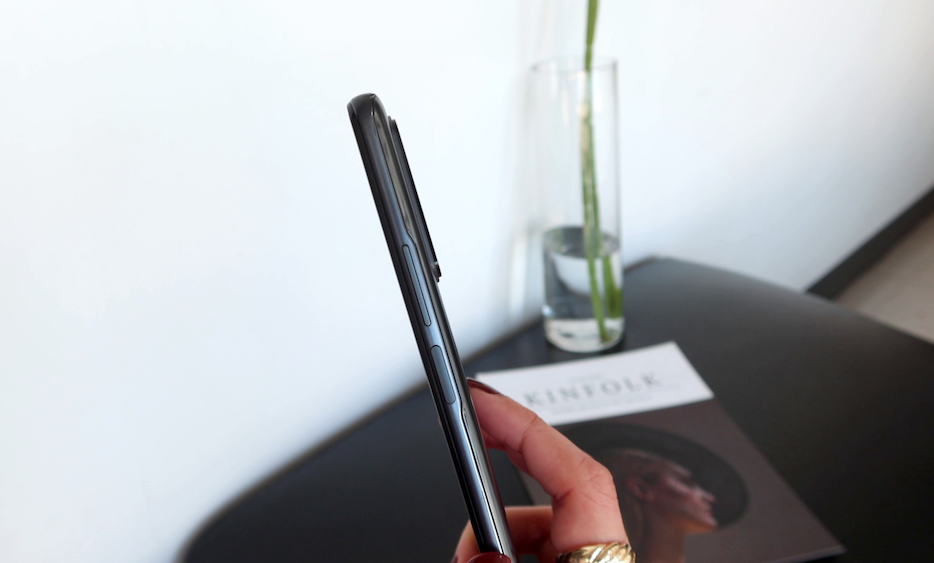 The left side is bare, while on the right are the volume rocker and the power button that doubles as the fingerprint scanner. The buttons are placed near the center of the frame, so they’re easy to reach. 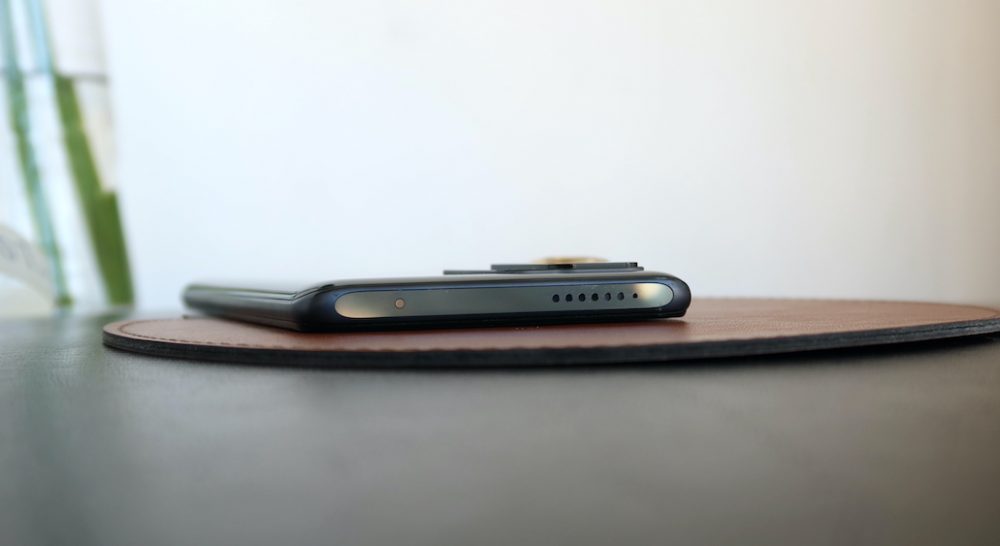 Up top are an IR blaster, a secondary microphone, and a speaker grille. 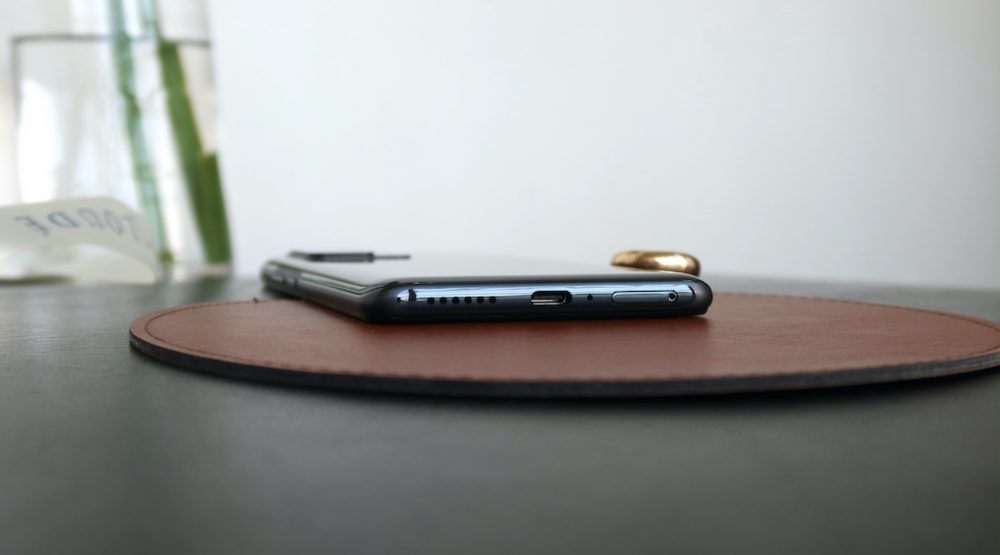 While at the bottom are the main loudspeaker, USB-C port, primary microphone, and the dual-SIM tray with no microSD card slot. Compared to the Xiaomi 11T Pro, we don’t have a Harman Kardon sound system here, but it’s still a dual speaker setup with very good quality. Sounds come out well-rounded with a decent amount of bass. 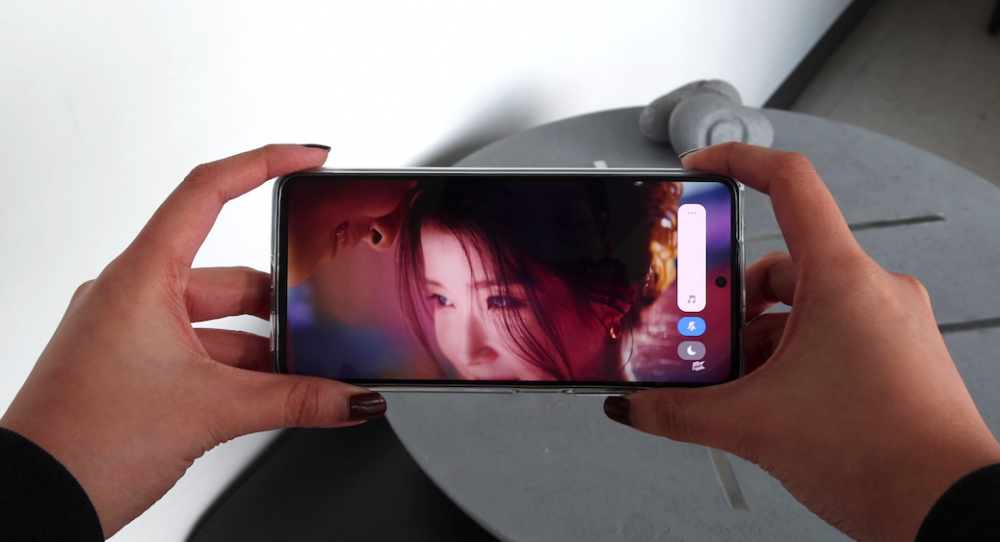 If you noticed, there’s no headphone port available here, so you’ll have to purchase a separate type-C to 3.5 mm headphone adapter, or of course, use wireless audio devices. 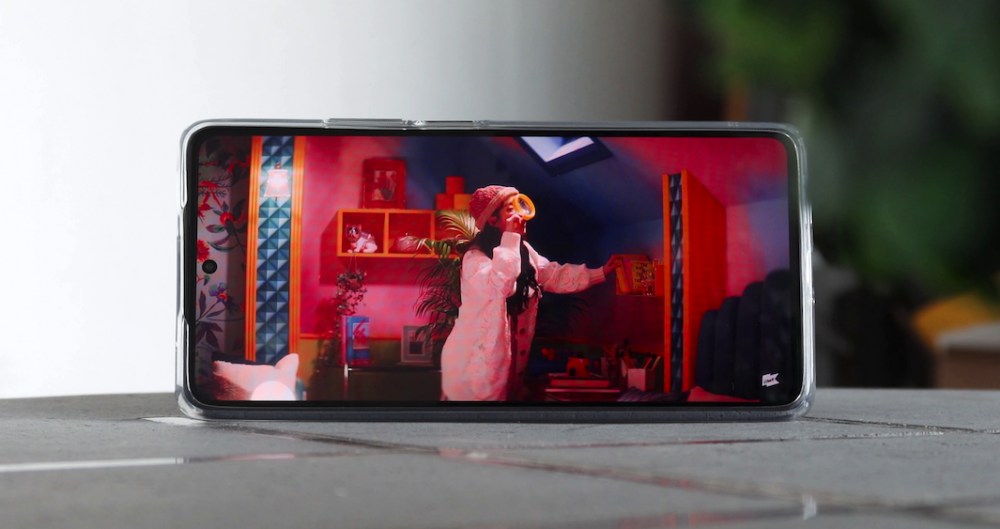 The Xiaomi 11T sports a tall 6.67-inch AMOLED display with reasonably thin bezels all around and a punch hole notch on the upper middle right below the call speaker. We appreciate that there’s a layer of Gorilla Glass Victus for protection, together with a pre-installed screen protector on top. 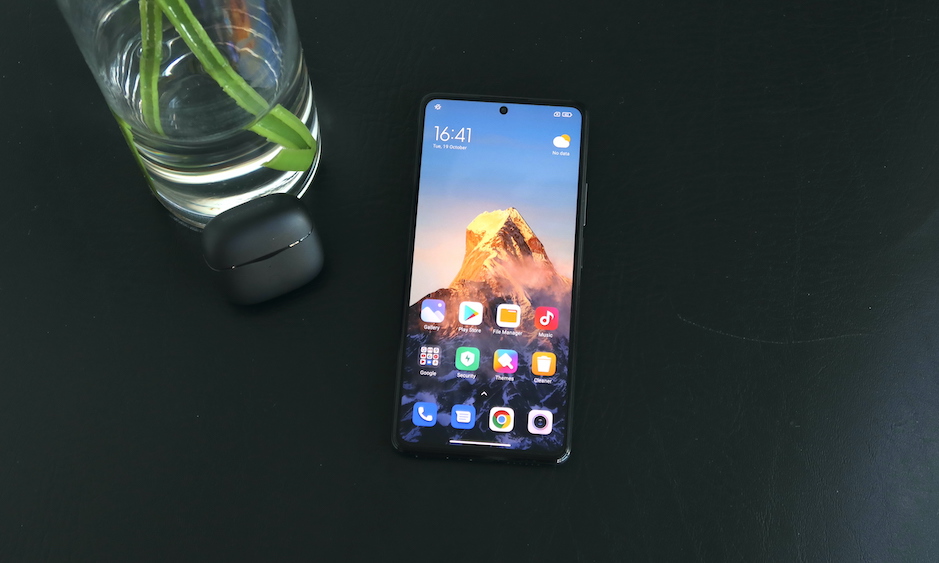 This is the same FHD+ vibrant display that you can expect from the higher Xiaomi 11T Pro, with a pixel density of 395ppi, a smooth 120Hz refresh rate, a 480Hz touch sampling rate, and a peak brightness of 1000 nits. And as we’ve seen on the Mi 11 series, it also has over 1 billion colors and HDR10+ support. With all those combined, it’s safe to say that this display is stunning. We get good outdoor visibility, sharp details, boosted colors, and deep blacks. 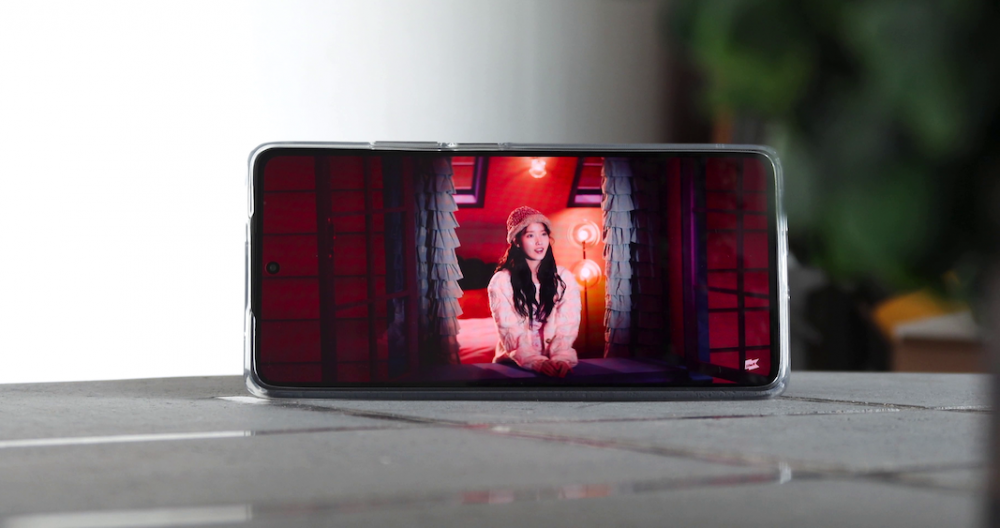 In the display settings, you can switch between the usual Light Mode and Dark Mode; turn on Sunlight Mode to adjust the brightness to intense ambient light when automatic brightness is off, and you can even take advantage of the Reading mode to reduce eye fatigue. 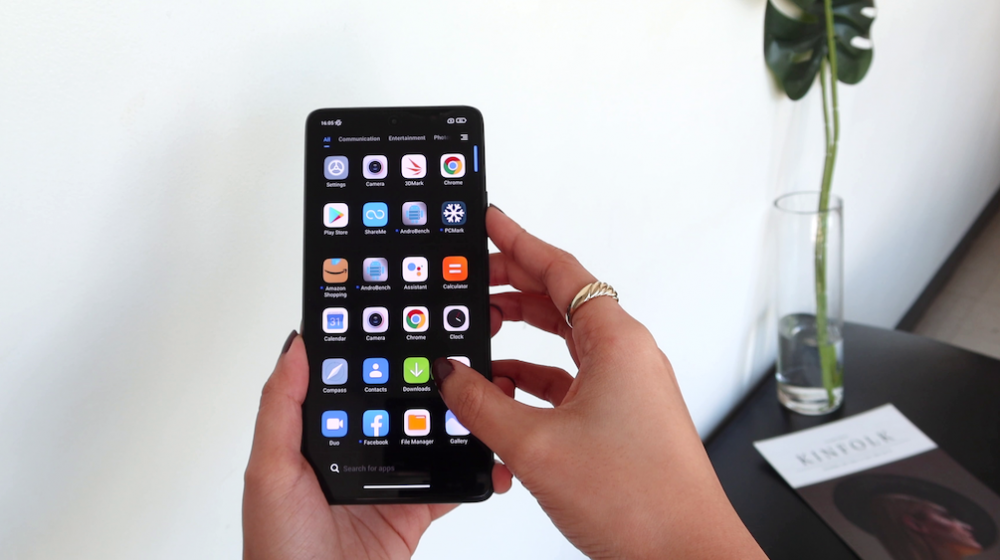 You can toggle the color scheme to Vivid, Original, Saturated, and Auto option that automatically blends the colors based on your current lighting. As for the refresh rate, you have the option to toggle between 120Hz or the standard 60Hz if you want to save more battery life. The Always-On Display feature is also available, and it is packed with numerous themes that are all customizable.

Checking out cameras, at the rear, its triple camera module is composed of a 108MP wide-angle main, an 8MP ultrawide, and a 5MP tele-macro lens. Meanwhile, on that notch is a single 16MP shooter. It’s the same set of cameras as the higher 11T Pro; however, since we get a different processor, we are expecting a few subtle differences when it comes to quality. 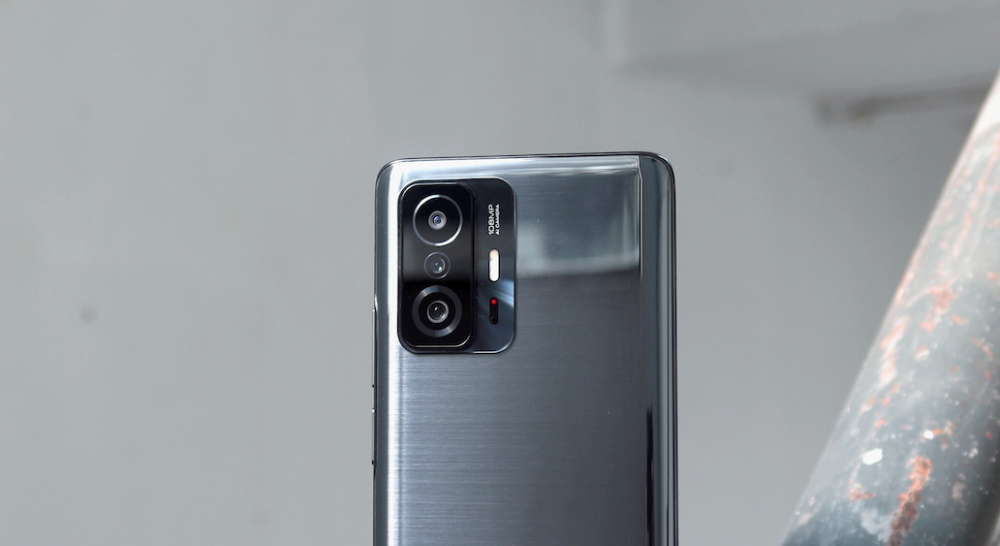 Images produced by the rear cameras often look clear, bright, and very sharp even when not using the high 108MP lens. Its HDR works well most of the time, and turning the AI on will give a little boost that mostly focuses on vibrance and saturation.

By default, the standard mode gives a nice depth effect, giving those professional-looking photos. However, if you want to bring your camera A-game on then, we suggest using the Pro mode that even allows you to save shots in RAW file formats. Taking macro shots, on the other hand, can be a hit or miss. But once you get the right focus, you can expect an amicable subject-background separation and high-quality details.


The ultra-wide lens does an excellent job of closely matching the colors as in standard mode. But there can be some fisheye effect sometimes. Nonetheless, it is still a lot useful for us. You can zoom in from 2x, 5x, and up to 10x with still clear details depending on the scenario. Of course, if you want a more clear and sharper high-res photo, then you can always take advantage of the 108MP mode.

One of the things we love about it is its portrait mode. Besides serving us pro-looking quality, you can flexibly adjust the blur and effect in the post. Something useful if you want to up your social media game.

For night photography, its dedicated night mode often gives an improvement on the sharpness and brightness.

Selfies, on the other hand, look better under very good lighting conditions. We’re not a big fan of it as it can look dull, but It falls more on cooler tones, with the natural skin tone being retained.

For videos, its rear shooters are capable of shooting up to 4K at 30fps, but setting it to 1080p at 30fps gives you access to the steady video stabilization and more quirky video features such as movie frame, super macro, track moving object, AI camera, and audio zoom.

Software-wise, the Xiaomi 11T is running on Android 11 skinned with the familiar MIUI 12.5. This interface has been around for a while now, so it should be familiar for long-time Xiaomi users. 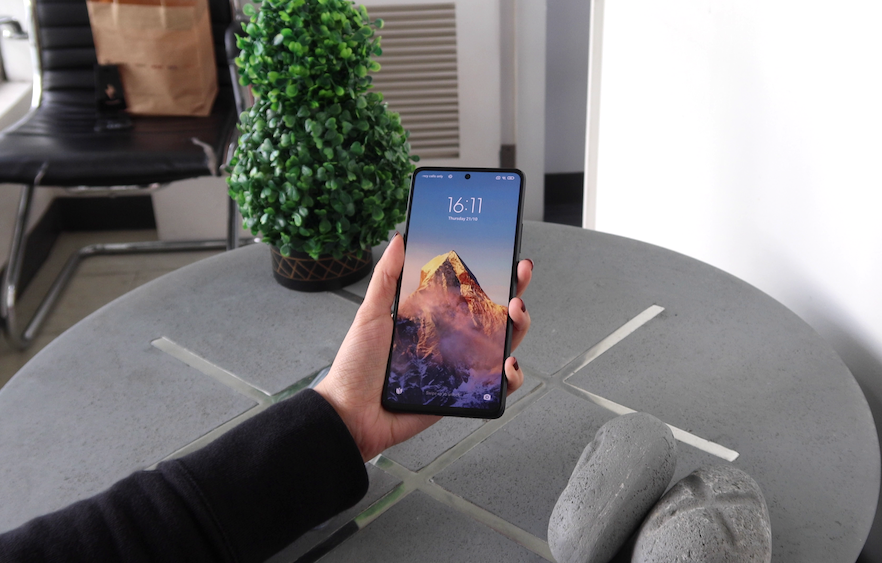 It’s organized and straightforward with a lot of customization features, including Xiaomi’s cool Super Wallpapers that were previously limited to their flagship devices. From the get-go, we get a number of bloatware and pre-installed apps such as Google, Netflix, WPS, Facebook, and TikTok that you can always uninstall if you don’t plan on using them. 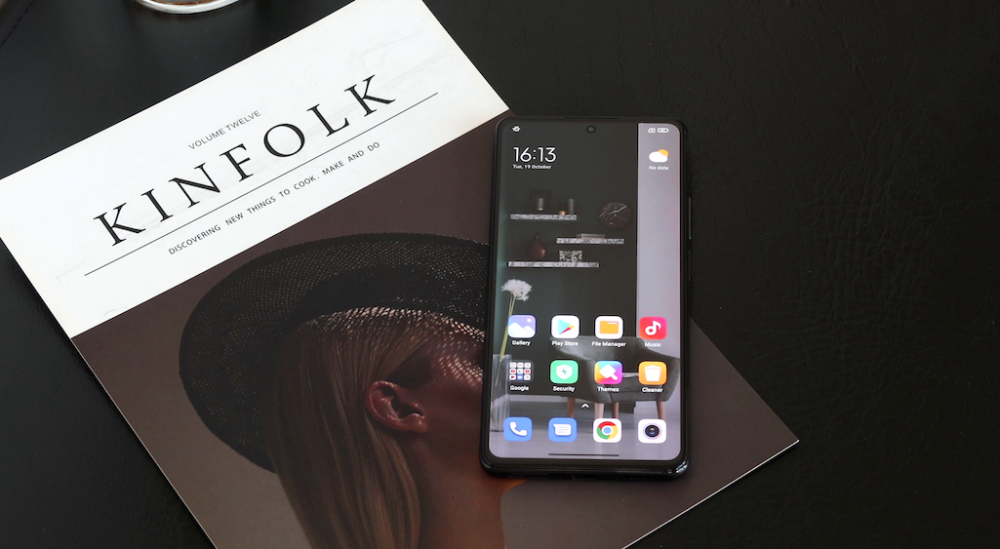 Now MIUI 12.5 also provides the option to use either the usual Android drop-down notification and control center format or the newer style that’s a lot similar to the iOS design. Moreover, you can navigate with gestures or the on-display buttons, and you can also use an app drawer if you prefer. If you want to keep things simple, you can turn on the Lite mode launcher in the home screen options. 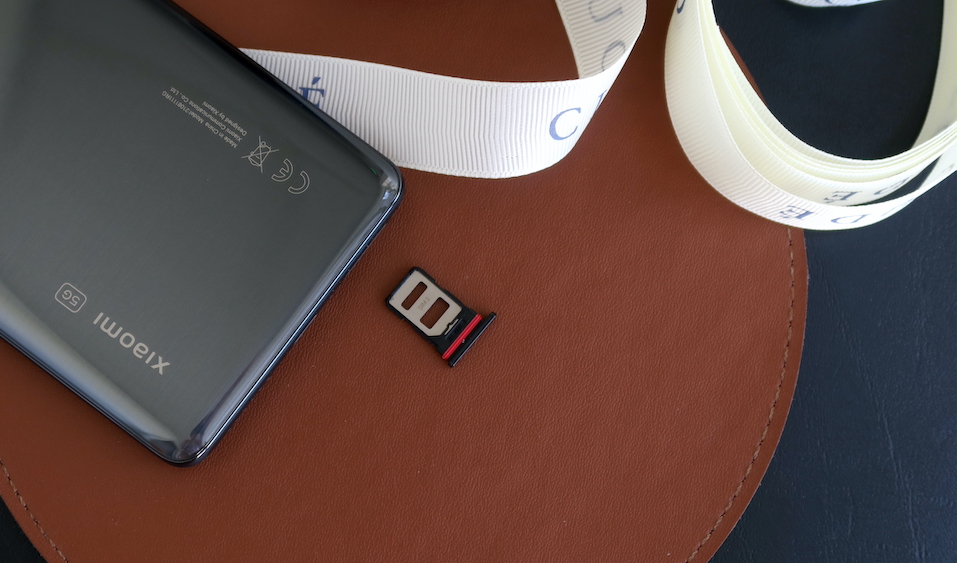 The unit we have packs 128GB of storage, but if that’s not enough for you, then there’s a 256GB variant available. Out of the 128GB of internal storage, we get a usable 108GB that’s sadly non-expandable via a microSD card.

Under the hood, this device is equipped with a MediaTek Dimensity 1200-Ultra processor, accompanied by a Mali-G77 MC9 GPU and 8GB of RAM. 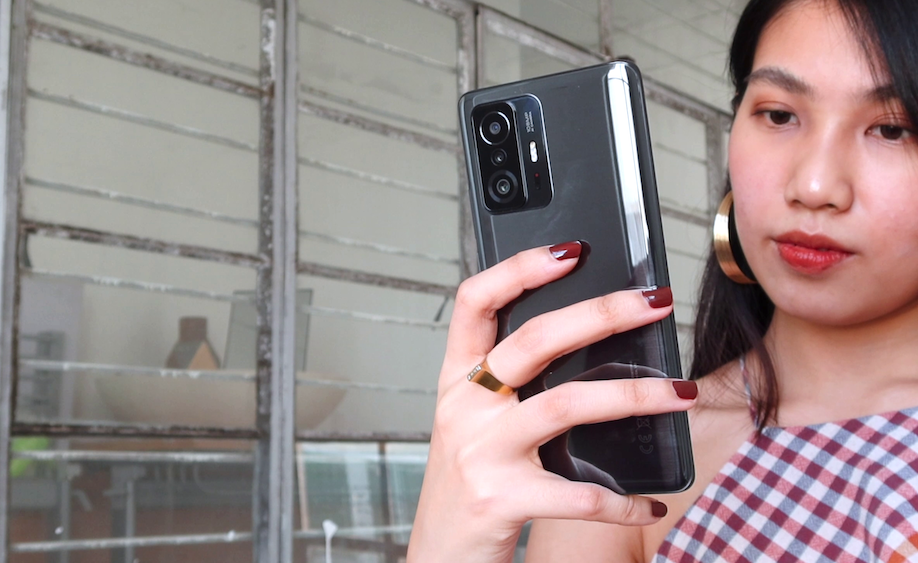 It may not be as hella powerful as the Snapdragon 888 chipset on the Pro model, but it sure doesn’t disappoint. In fact, it still provides an almost high-end performance that can handle heavy games such as PUBG Mobile, Asphalt 9, and Genshin Impact. Add to that its 120Hz refresh rate and 480Hz touch sampling rate, and you get immersive gameplay with some rare stutters. We did encounter some heating when playing heavy titles for a long period of time, but it doesn’t get to an extreme level. Placing a case on lessens this burden. 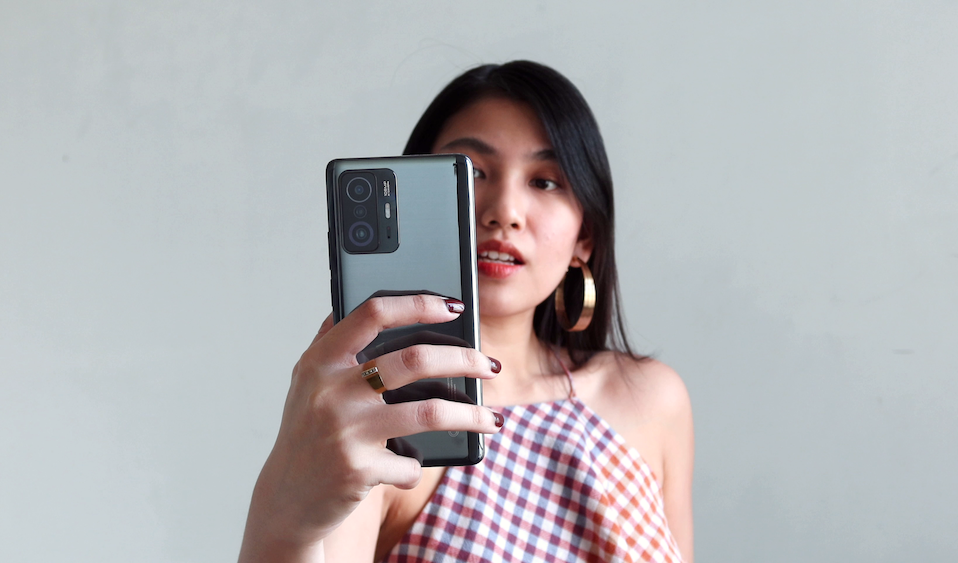 Now, if you intend to use this phone more as a daily driver for casual multitasking and video streaming, and not more dedicated for gaming, then it sure is highly capable. If you want to see the results we got in our standard benchmark apps, we’ll flash them now.

For biometrics, you can unlock the device via facial recognition and the side-mounted fingerprint scanner. Both are snappy and reliable, but surely expect the physical fingerprint sensor to work faster. 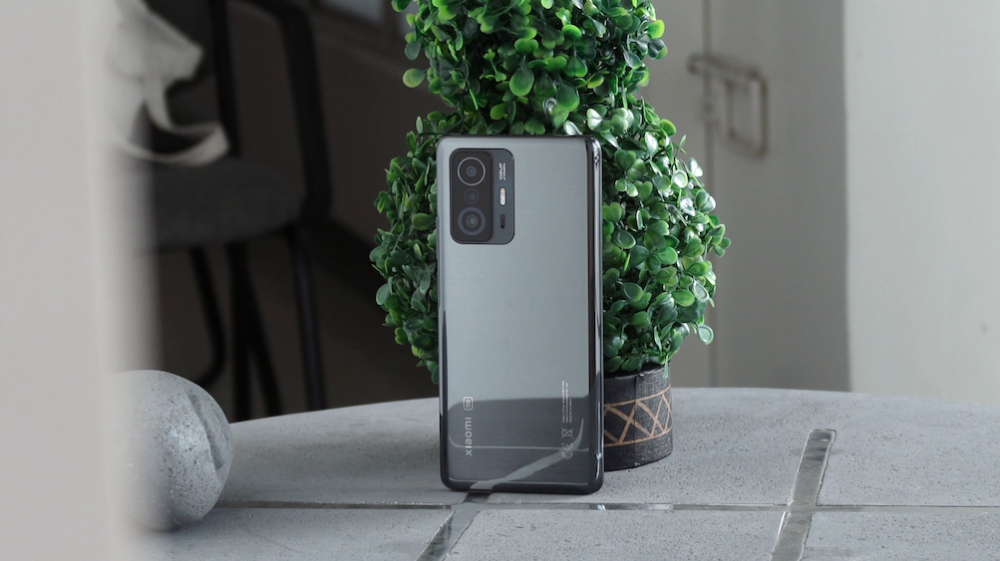 As for the battery, we get a large 5000mAh capacity with 67W fast charging tech. It might not be as mind-blowing as the Xiaomi 11T Pro’s 120W HyperCharge, but 67W is still a lot faster than usual. It took us about 45 minutes to fully charge from 0-100%. 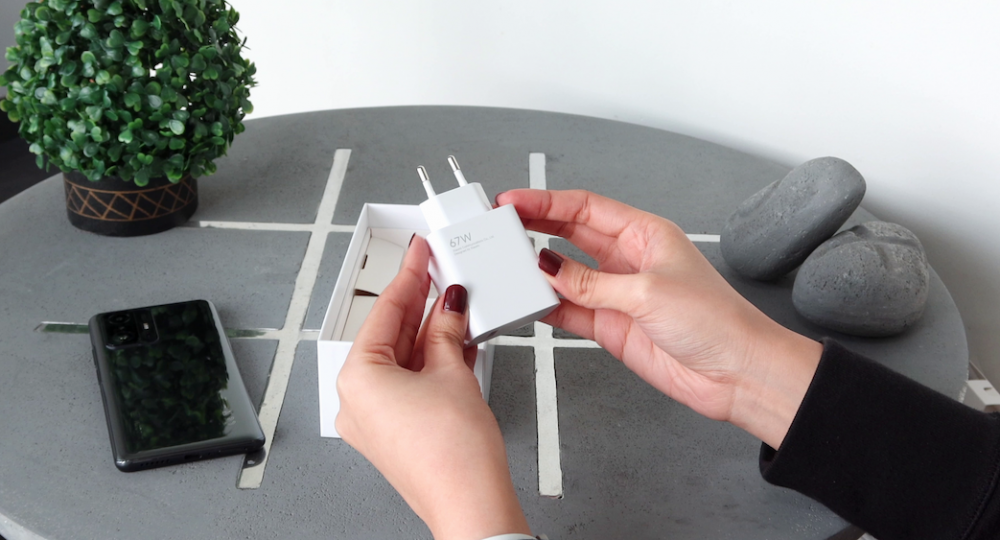 Under 60Hz refresh rate, PC Mark’s Work 3.0 battery benchmark rated it at 16 hours and 45 minutes. Meanwhile, in our standard video loop test, which involves playing a 1080p video on loop at 50% brightness, 0% volume, 120Hz refresh rate, and Airplane mode turned on, we got 28 hours and 10 minutes. Both of these are pretty solid results.

Alright, let’s finally talk about price. This vanilla Xiaomi 11T 5G is locally available in two configurations: PHP 21,990 for the 8GB + 128GB, and PHP 24,990 for the 8GB + 256GB variant. There aren’t many smartphones today that utilize a MediaTek Dimensity 1200-Ultra chipset, so we’d say that its closest competitor is the OnePlus Nord 2, which is also available in the same price range. However, unless you prefer OxygenOS vs. MIUI’s interface, the Xiaomi 11T is definitely a more premium and generous device. 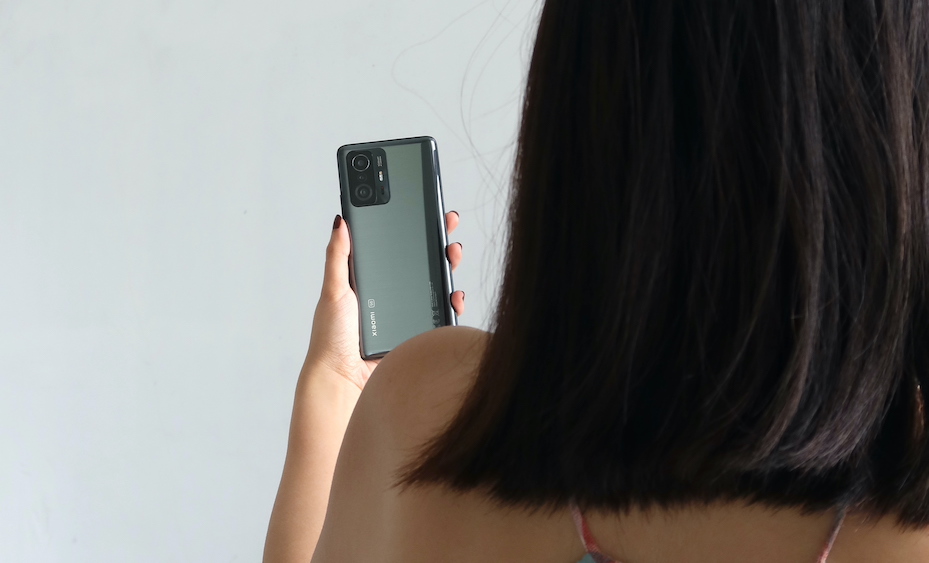 Either way, even if it’s an upper-midrange smartphone, it still serves flagship-grade performance, cameras, and even battery. Practically speaking, we think it’s a better option than its big brother the 11T Pro if you’re not too conscious about the upgraded sound quality, top-tier performance, and ultra-fast charging speed that the Pro packs.

And that wraps up this review. Please feel free to share with us what you think about the Xiaomi 11T in the comments.