The upcoming Redmi Note 7 Pro‘s specs have been leaked on TENAA after its initial leak earlier on the same website. 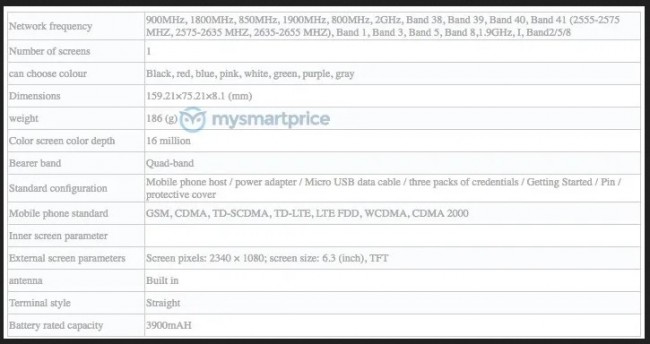 The device is also stated to sport a 48MP + 13MP rear dual-camera setup. The info did not mention what the front camera resolution may be. Other features of the upcoming Note 7 Pro include a dual-SIM card slot, rear fingerprint sensor, an IR blaster, and will have Android 9 Pie-based MIUI 10 as its operating system. The Redmi Note 7 Pro is set to be offered in a variety of colors, namely Black, Red, Blue, Pink, White, Green, Purple, and Gray.

The Redmi Note 7 Pro is expected to launch very soon. Information on pricing, other official specs, and availability will be updated soon.