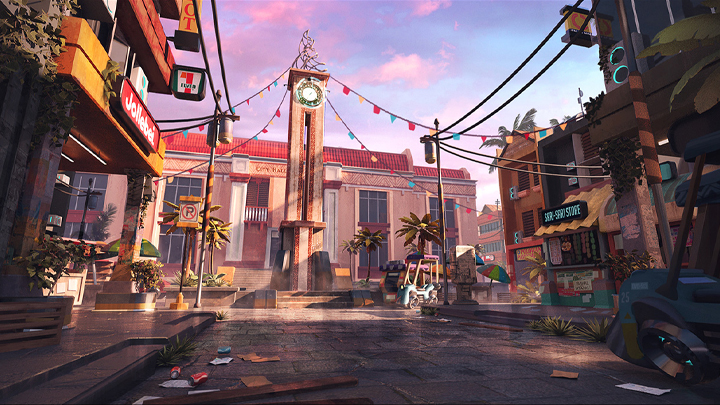 The concept map is heavily influenced by popular Filipino themes, including the prevalence of several popular stores such as Jollibee (renamed as Jollebei), 711 (renamed as 7 Elven), Palawan Pawnshop (renamed as Polowan Pawnshop), and sari-sari stores with the iconic “Bawal Umutang” sign nationwide. It includes a vehicle design for tricycles, as well as traditional City Hall architecture with a clock tower. 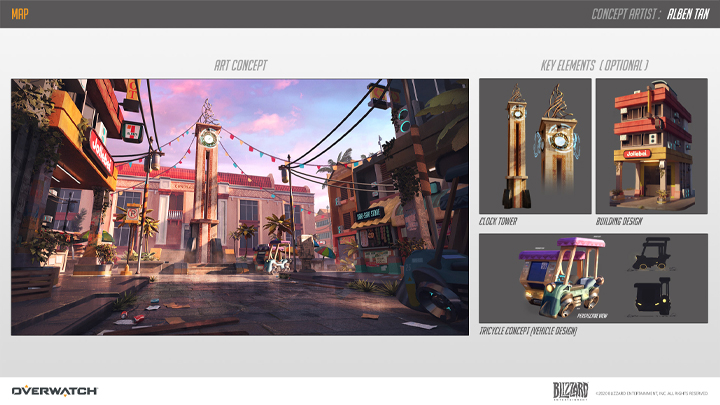 The overall theme is also Filipino, with palm trees near the City Hall, rainbow-colored umbrellas close to what appears to be a street vendor stall, and fiesta designs hanging overhead.

Check out other map designs, and winners here.