Bridge Constructor: The Walking Dead and Ironcast are both free for a week on the Epic Games Store. 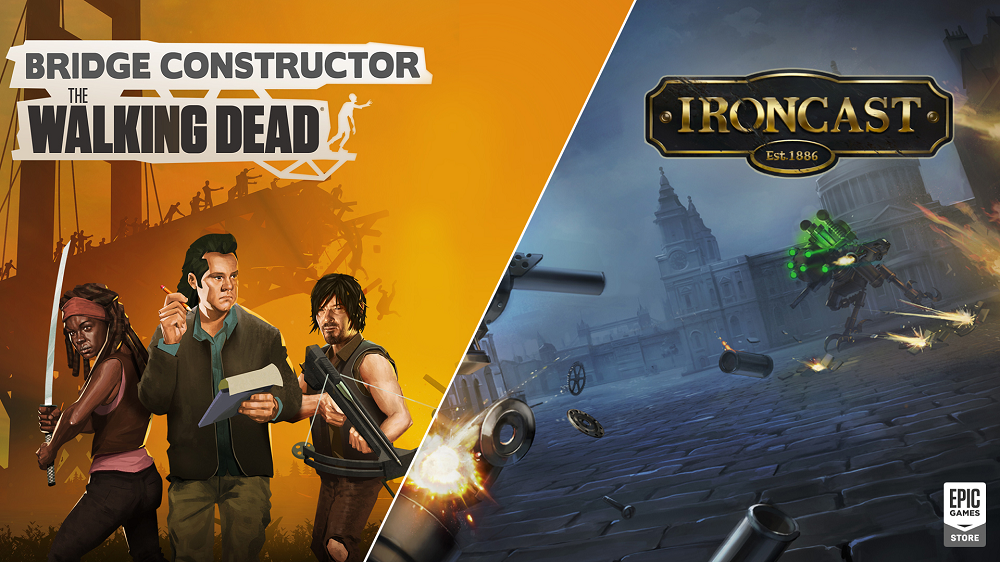 Engage with a group of survivors to fight against hordes of undead walkers and a hostile human community. Players may also team up with fan-favorite characters like Daryl, Michonne, and Eugene and create safe passages for iconic vehicles from the series. What’s more, players may also use movable level objects, explosives, and baits to their advantage as they lure walkers into lethal traps and guide their survivors to safety.

On the other hand, Ironcast is a turn-based strategy video game with individual missions played through a match-three system. In addition, the game features procedurally generated missions and permadeath, staples of the roguelike genre. It was developed by Dreadbit Games and published by Ripstone.

Set in a steampunk 19th century, Ironcast lets players command mecha robots. Players may choose from various missions, and their successful completion will reward the player with repairs and upgrades to their Ironcast.

Bridge Constructor: The Walking Dead and Ironcast are now free until July 15, at 11 PM, at the Epic Games Store. To claim and download the game, simply log on to your account and click on the ‘Get’ button.