Globe is giving out free Globe Rewards points to customers who were affected by their recent service disruption.

On April 28, Globe suffered a disruption which affected its services like voice, SMS, and data. Postpaid and Platinum subscribers were also affected especially in the mobile data part. The company was able to restore its services on the same day. 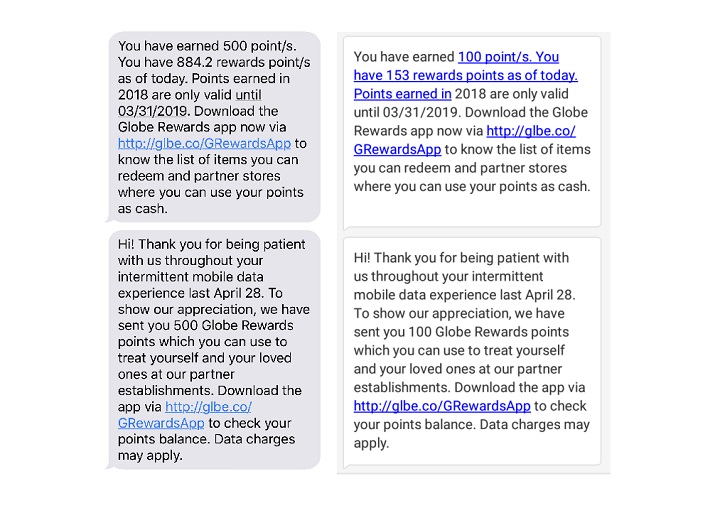 As a way of making it up to its customers, Globe recently sent an SMS informing them that they have received Globe Rewards points that they can use in their partner establishments. Points may vary per subscriber but from our experience, it could range from 100 to 500 points and are valid until March 31, 2019.