NVIDIA has announced that they are launching RTX technology and features for 13 upcoming games for this year’s Gamescom virtual event. 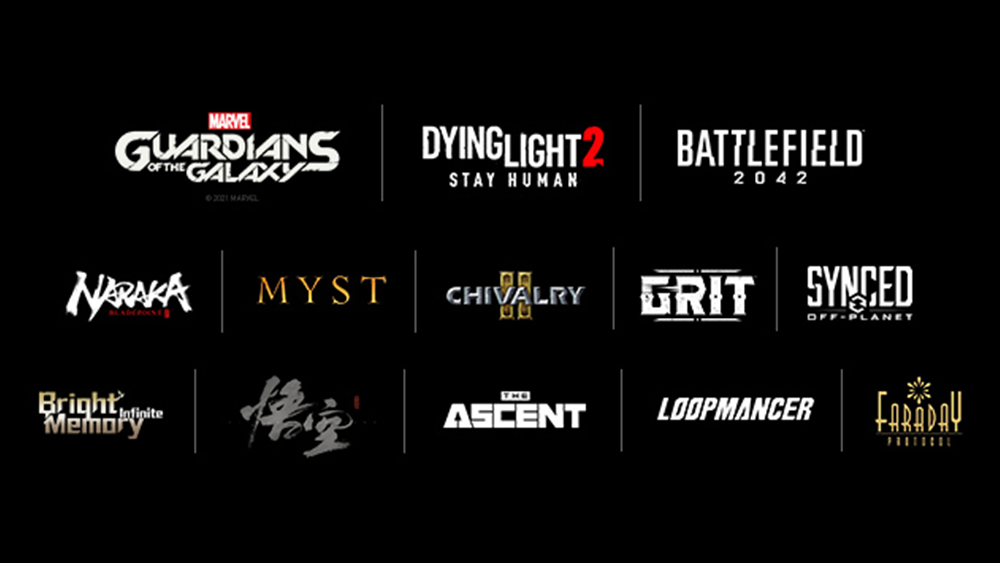 First up, NVIDIA has announced that the PC version of Marvel’s Guardians of the Galaxy set to release on October 26, will be launched with ray-traced reflections and NVIDIA DLSS, giving GeForce RTX gamers the definitive PC experience.

NVIDIA mentioned that they have partnered with developer Techland to bring GeForce RTX technology to the upcoming Dying Light 2 Stay Human. The game will feature dynamic day-night cycles that use ray tracing. Ray-traced Global Illumination brings incredible bounced lightning to every area of the world, ray-traced detailed shadows, and dynamic-reflective surfaces. Additionally, it will include NVIDIA DLSS that provides performance without losing image quality.

Battlefield 2042, that is set to launch on October 22, is also included in the list. For the PC edition, NVIDIA GeForce RTX is the official graphics platform partner, meaning that it will support NVIDIA DLSS and NVIDIA Reflex enhancing the player’s competitive experience.

The remastered Myst will be taking full advantage of the latest hardware available to fully create its setting, scenes and pieces. Set to launch on August 26 for desktop, Myst will be using NVIDIA DLSS, enhancing the player’s experience with ray-traced reflection. Additionally, using DLSS in Myst’s VR mode will allow the player to play the classic puzzle game at 4864 x 2448 resolution while maintaining 90FPS.

Following suit, is Team GRIT’s GRIT, a wild west battle royale that is set to release Early Access on September 1. For players with an RTX GPU, they will be able to activate NVIDIA DLSS in the options menu to boost performance at an advertised 60% at 4K resolution.

Game Science has announced that they are upgrading to Unreal Engine 5 and will be adding NVIDIA DLSS for its Black Myth: Wukong game. NVIDIA notes that the Black Myth: Wukong is one of their most anticipated games and that the team is working with the devs to ensure GeForce RTX users receive the full definitive experience.

The Ascent is a solo and co-op twin-stick shooter with smattering dialogue and RPG elements. Players with an RTX GPU can access ray tracing and NVIDIA DLSS when playing this game. The ray-traced reflections will see water and other reflective surfaces mirror, signages, enemies, allies, the player, and weapon effects perfectly.

Tencent Next Studios has announced that its SYNCED: Off-Planet, a PvPvE and co-op action game, will feature a range of RTX technology, which include NVIDIA DLSS, ray tracing and other visual enhancements.

FYQD-Studios Bright Memory and Bright Memory: Infinite has added ray tracing in DLSS in early 2020, this time they will be adding more ray tracing technology for reflections, shadows, ray-traced caustics and the RTX Global Illumination.

The 3D action-platformer game Loopmance, by eBrain Studio, has added ray tracing to its game, along with its recent Unreal Engine 4 features, plugins, and SDKs.

Furthermore, NVIDIA DLSS Linux Proton DirectX 11 and DirectX 12 game support will be launched next month, which enables Linux gamers to play Vulkan API games such as Doom Eternal, No Man’s Sky, and more. Stick around for more updates on this.