Samsung Galaxy A03 specs, price in the Philippines

Samsung has officially released the Galaxy A03 in the Philippines, sporting a 6.5-inch screen, octa-core CPU, dual-rear cameras, and a 5,000mAh battery. 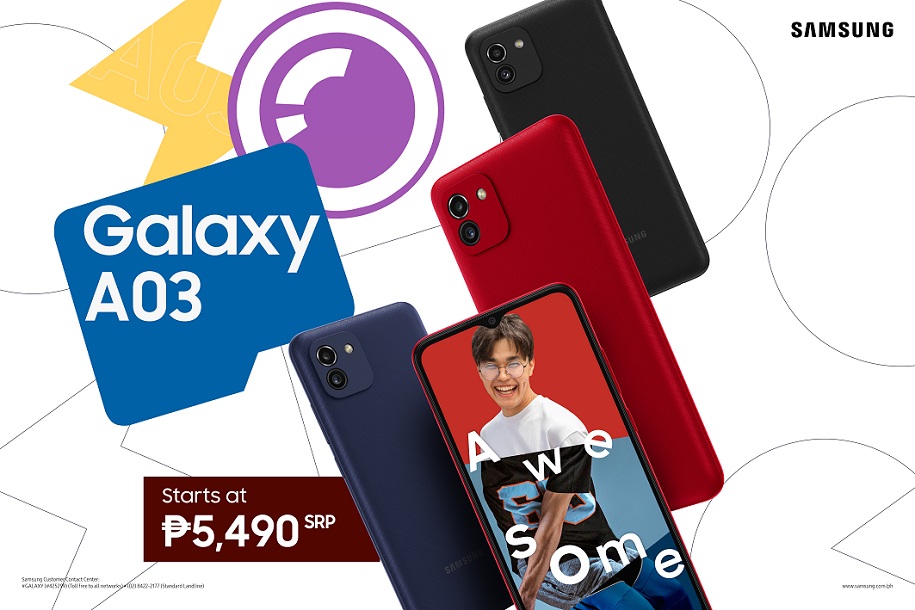 The Samsung Galaxy A03 is packed with a dual rear camera, up to 4GB RAM,  up to 128GB of internal storage that is expandable to up to 1TB, and a 5,000mAh battery. Check the full specs below and the price below.

The Samsung Galaxy A03 is available in dealers and retailers nationwide with the following configurations and prices:

The Galaxy A03 is also available at up to 6 months 0% interest via Home Credit until March 31. Those who purchase until March 31 also receive a 1-year free subscription to VIU Premium.