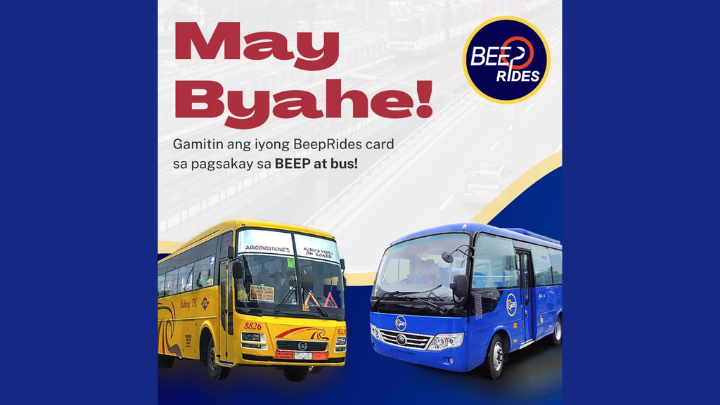 As posted through its Facebook page, commuters on the following routes may now pay their fares using their reloadable BeepRides card starting 2021:

Do note that BeepRides is an Automated Fare Collection System for modern jeepneys. This is different from beep cards, used for point-to-point buses, LRT-1, LRT-2, and MRT-3.