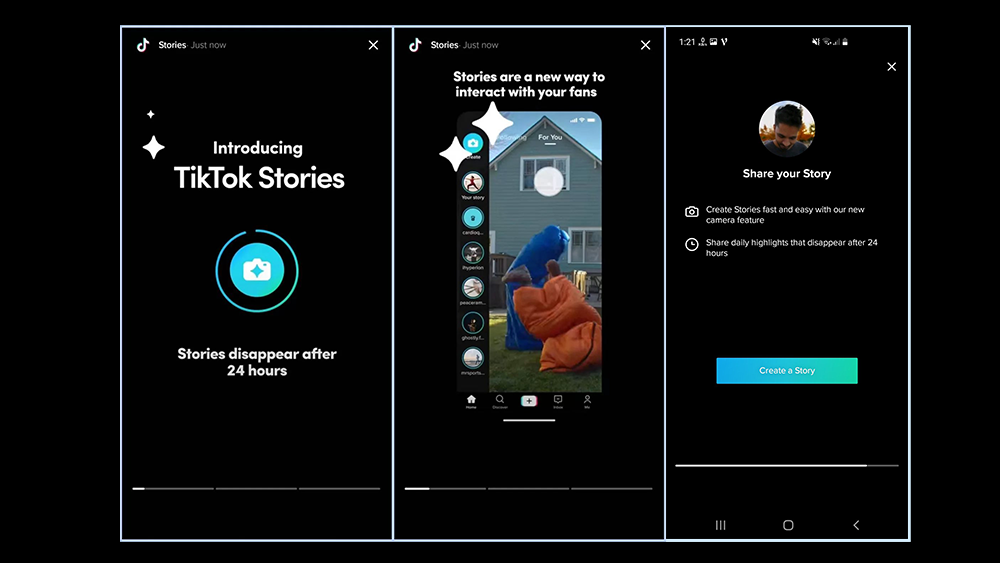 The Snapchat-style story feature pilot-test was confirmed by a spokesperson to The Verge. “We’re always thinking about new ways to bring value to our community and enrich the TikTok experience[…] Currently we’re experimenting with ways to give creators additional formats to bring their creative ideas to life for the TikTok Community,” said the TikTok spokesperson.

Prior to the confirmation, a recent tweet by Matt Navarra showed a screenshot of the beta-version of TikTok stories. Currently, the feature is only available to a few users globally.

TikTok’s stories work the same way as other social media stories; wherein they disappear after 24 hours and comments can be left by other users. In addition, the new storytelling feature will not be accessible on the current home screen, rather it can be accessed by swiping left from the main feed or by tapping the user’s avatar.

There is still no confirmation on how long the pilot-testing will last as well as a definitive release date.