AMD has just announced a new line of Ryzen processors designed for Chromebooks, the Ryzen 5000C.

The new processors are designed to have at least 8 hours of battery life and features the highest core count for Chromebook devices ever. AMD claims 67% more web browsing performance and up to 107% more multitasking performance. The company also says that it also features more than double the graphical performance from previous generations. 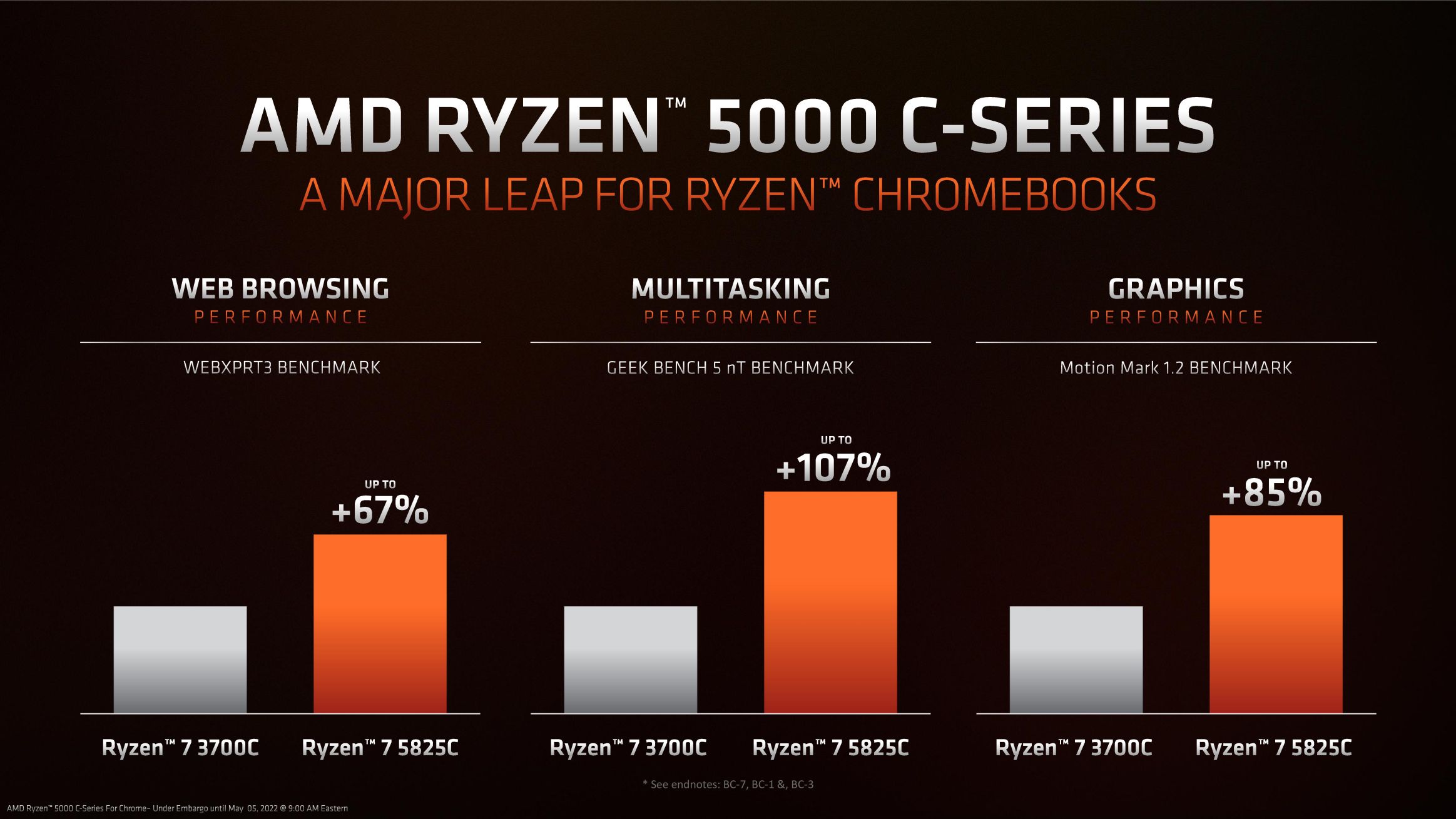 The highest end model of the line the Ryzen 7 5825C features 8-cores and 16 threads with Vega graphics and can boost up to 4.5Ghz while sipping just 15W of power. 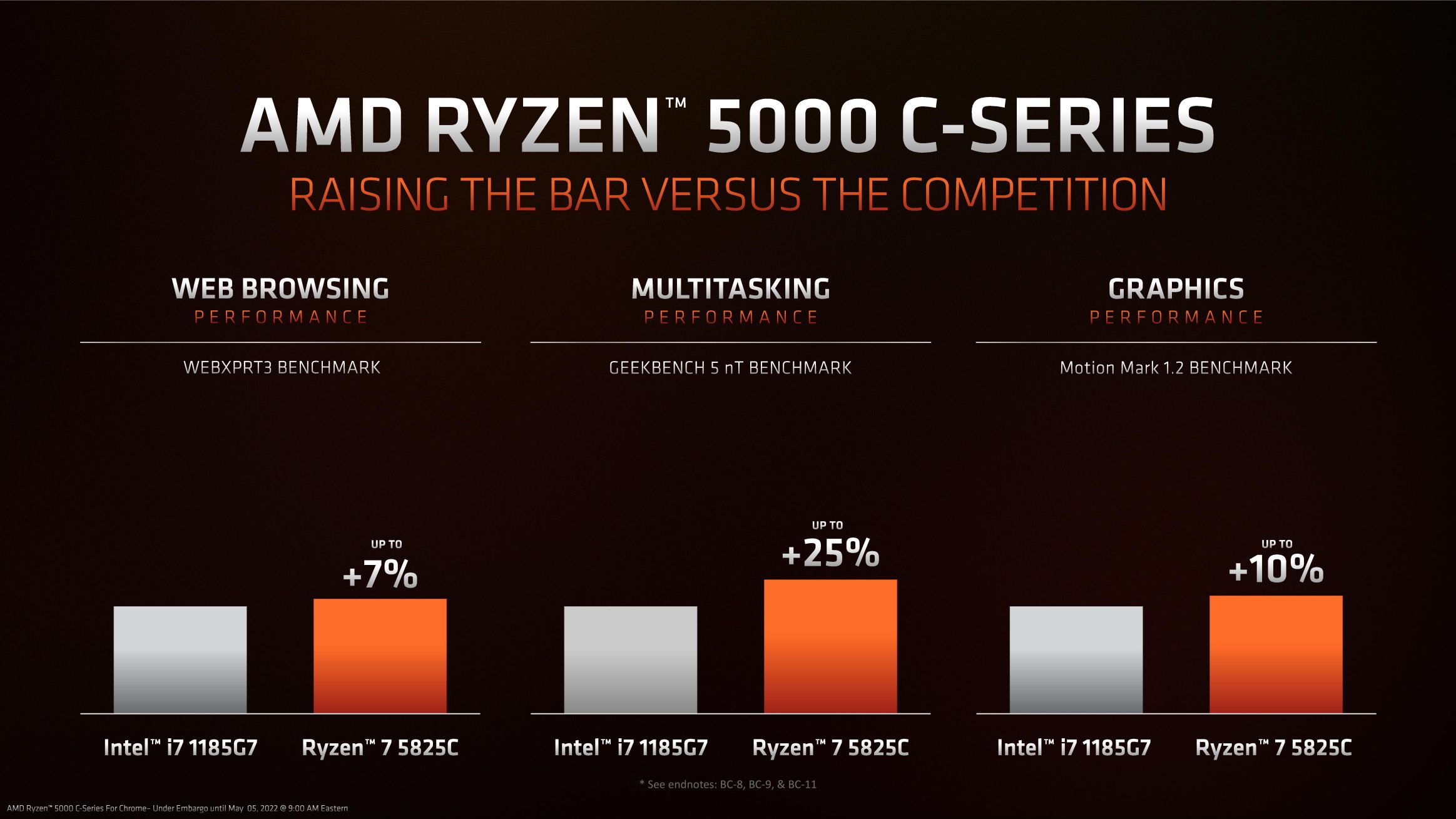 These new Ryzen processors will make its debut in select laptops starting in June so stay tuned for more details.