Announced along with the Zenfone 3 handsets are three computing devices namely the Transformer 3, Transformer 3 Pro, and Zenbook 3. We’ll first take a look at the ASUS Zenbook 3 which the company has pegged to go up against Apple’s Macbook in terms of performance but with a more affordable price. Here’s our hands-on and first impressions on it. The Zenbook 3 features a 12.5-inch display which is a tad bigger than the latesst Macbook’s 12-inch screen. It comes in Full HD resolution and is nicely fitted with Corning’s Gorilla Glass 4 for added protection against scratches. The chassis features an all-metal build and the company used aerospace-grade aluminum which they claim is stronger than what other companies use. The Zenbook 3 also weighs lighter than the Macbook (910g vs 970g) so it’s evident that ASUS is serious in bringing an alternative to users looking for such laptops. The aptly-sized touch pad has an embedded fingerprint scanner on the top right corner for added security. It has an embossed border surrounding the scanner which visually adds a nice touch. 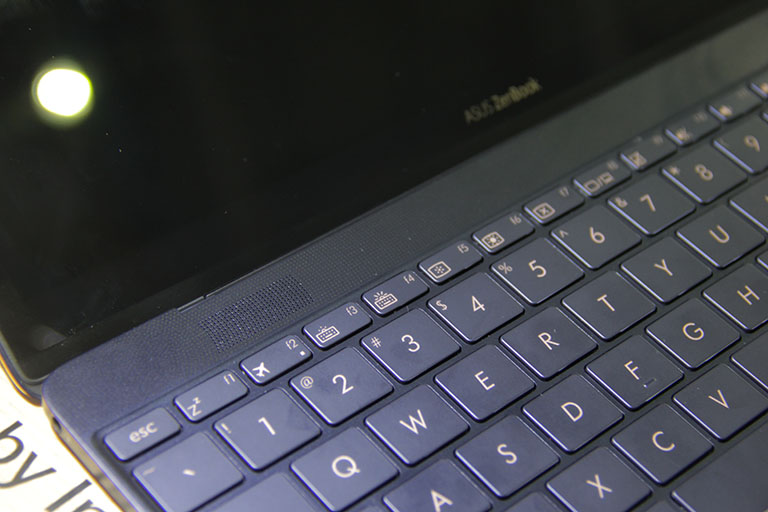 The Zenbook 3 sports a 4-piece speaker system and you can find two of them at the opposite sides just above the keyboard. Additionally, the keys are spaced out nicely which makes for fast typing. The chassis has a break at the middle to easily open the lid. Also seen here is the gold accent running along the entire edge of the lid which I personally love about the Zenbook 3. Simple touches like these, for me, is a product of careful thinking and planning in terms of design. 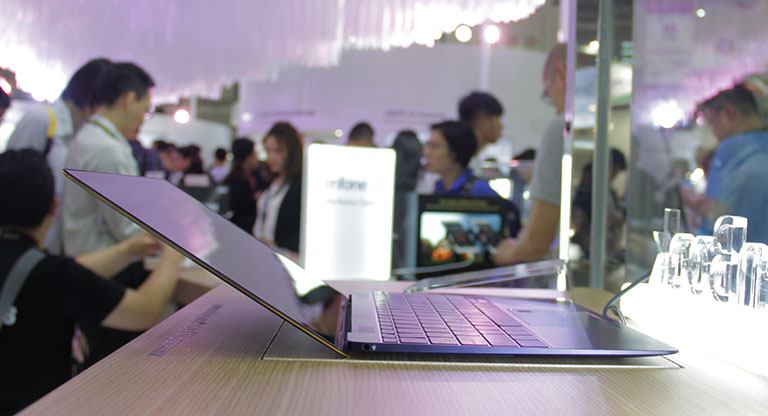 Speaking of careful planning, ASUS made its Zenbook 3 as thin as possible. It touts a 11.9mm thin form factor and once again one-ups the latest Macbook with its 13mm profile. This should prove useful when traveling as it can easily slide in and out of a backpack with ease.

The sides feature a sleek and minimalist design with the headphone jack on the left and a USB Type-C port on the right side for charging and transferring files. It is evident that users wouldn’t get much connectivity options which is an understandable trade-off for having a thin and light physique. Turning it over, we see the additional two speakers facing down that bounces off sound using the surface it’s on. 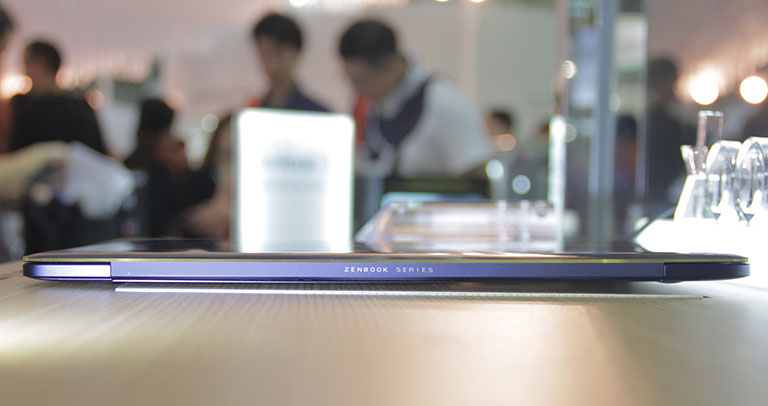 At its rear, there’s a simple labeling printed under the gold strip running around the lid. It’s a nice touch to give a subtle yet effective accent on a rather dull area of the Zenbook. 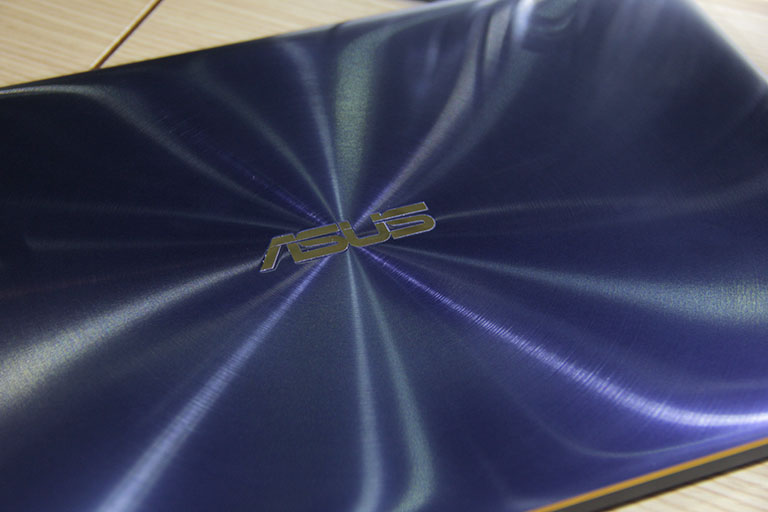 Lastly, the most attention-grabbing aspect of the Ultrabook’s design is its lid. ASUS is deeply-rooted with its Zen philosophy which is conveyed through its concentric circle design also seen on the Zenfone lineup. This results to a “spinning light” kind of illusion depending on what angle you look at.

From the short time that we had with the Zenbook 3, we fell in love with how it generally looks and we’re even more impressed with how thin, light, and solidly-built it was.