Hailed as the first local tablet to come with Android Lollipop out of the box, CloudFone‘s CloudPad One 7.0 is up for a full review to assess if its Intel-powered processor and latest OS tandem would produce a smooth and enjoyable experience for its users. 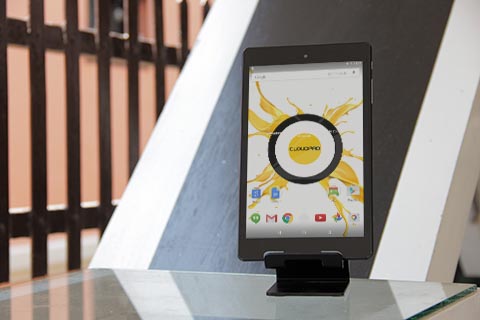 The One 7.0 took its numerical name from the size of the screen. Its display spans 7 inches across which puts it in the category of the smallest screen size available for a tablet. In this side there’s the usual front camera situated at the top panel which is given a 1.3-megapixel sensor. 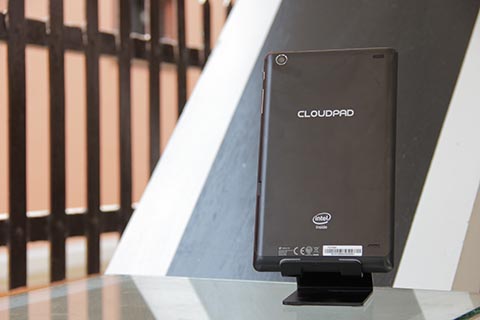 Flip it over and the back shows the branding, rear camera, and dual speakers at the right-most corners up top and down low. Intel’s logo is also seen here boasting its presence inside the device. 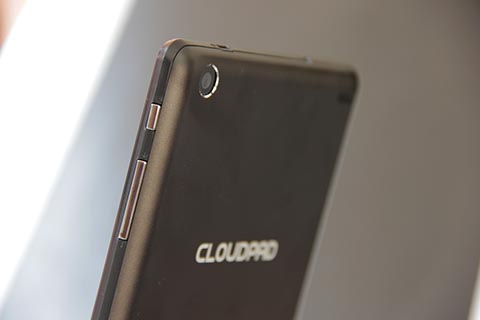 On the upper right side you have the chrome-plated power button as well as the volume rocker lined up along the aluminum frame of the tablet sandwiched by the display panel and back cover. 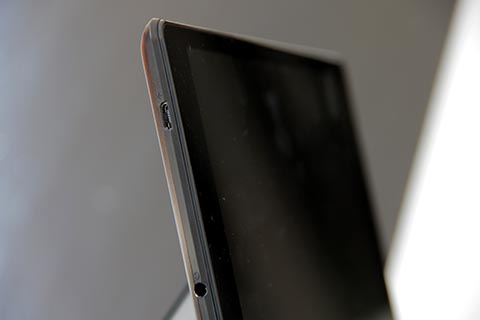 The upper strip is where the physical connectivities are found. Here we have the 3.5mm audio jack on the left part and a microUSB on the right. For some, having these on top is better than having them under. I personally prefer connecting to the ports on top since I find the tablet easier to use on portrait mode even when I’m charging, for example. 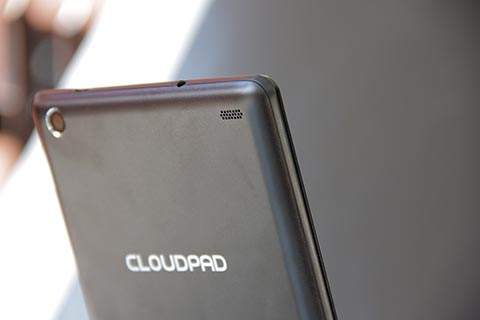 The CloudPad One 7.0 uses a 7-inch IPS XGA display with a resolution of 1280 x 800. This means that it has an HD screen that should be enjoyable in a display this small. It also has dual speaker at the back meant for stereo output while playing games or watching movies in landscape mode.

So we tried watching a movie on it and its display, although needing a bit more brightness, gave off detailed images. It’s best to watch videos or browse photos when not directly under the sun as glares could easily distract.

Additionally, its dual speakers were disappointingly weak that having two of them made no difference and we hardly could hear any dialogue while watching. Plugging in a pair of headphones easily solves this problem. 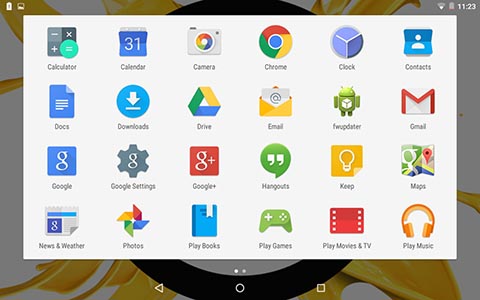 The implementation of Android Lollipop made navigation a smooth-sailing affair during our initial use, but later on showed an interesting side (not so much in a good way). We’ll get to that more in just a bit. Tweaked icons in addition to the Lollipop’s simpler UI is also a fresh look for those that are used to seeing the previous versions.

In addition, there are pre-installed apps like Google Maps, YouTube, and Google Play. The downside here is you’re only left with a little over 4GB of internal storage out of 8GB.

One noteworthy promise from the company is a regular update from Google for two years. It should ensure that you’d be on Google’s radar for the latest offerings on your system. The One 7.0 only carries a 5-megapixel rear camera that’s decent enough for casual use. It’s also got the usual panorama shooting mode as well as photo sphere which was fun to play with. So I hopped on to my bicycle and went for a quick ride around town. Here are the sample images taken with its camera.

The images produced were well-saturated, which for me, is on a positive note. Although on the flip side upon launching the Camera app, the image starts out blurred and would take a while to focus on the subject even if you touch the point you want to focus its camera on. We had to wait for about 2-3 seconds before it started to get focused and sharp before we could take the shot. 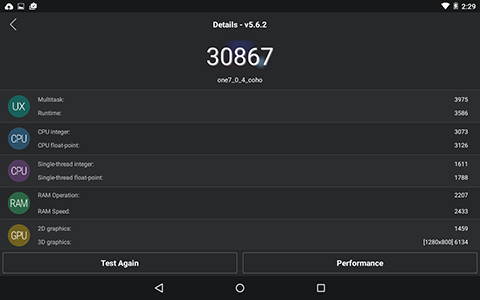 As we spent more time with this 7-inch tablet, we experienced a few hangs and lags. Sometimes the screen froze when switching from app to app and wouldn’t accept any touch input, but will be functioning again after about 5 – 6 seconds. It could be due to its 1GB RAM or the young version of Android Lollipop, but apart from those occasions the slate ran well. Carrying a larger-than-usual 4,000mAh battery, we’re curious how long the One 7.0 would last on a single charge. So we looped a continuous Full HD video over and over on Airplane mode, brightness and volume on 50% with headphones plugged in and waited for its battery to get drained. We accumulated a total of exactly 7 hours down to the minute. With its battery-saving feature switched on, we managed to squeeze out 8 hours and 6 minutes on it. Not bad.

For Php7K you have a 7-inch tablet that performs well on casual browsing and video-watching (just make sure you use a pair of headphones). It comes across hangs and lags every once in a while, but could still get better (hopefully) once a newer update of Lollipop rolls out. Battery life is also impressive — which makes it something that would prove useful to bring around when you’re on-the-go.

Hi
I have question about its performance, does the reason behind the lag was too many apps open?
what if i install candy crush and open 1 app at a time? will it still lag?

Yep better get cheapo Asus tab than local ones :|