You may check out their specs on the images below. 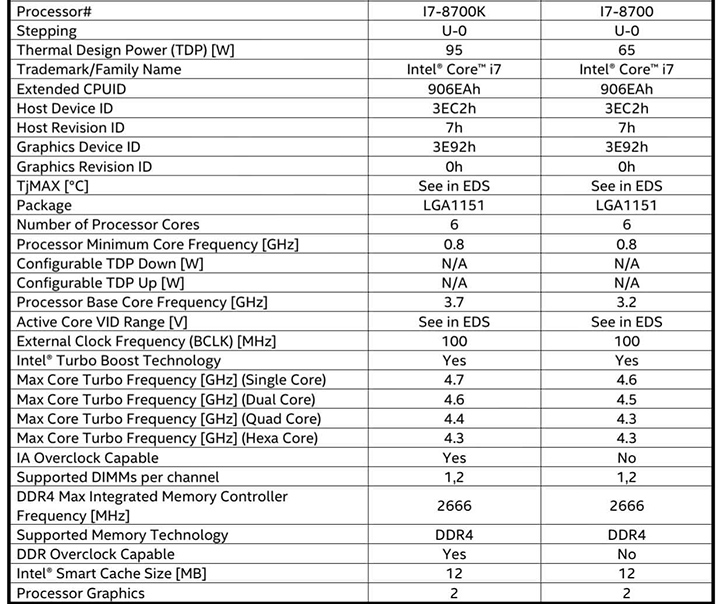 The Intel Core i7-8700K will act as the flagship processor of the lineup and will be Intel’s first hexa-core product that will based on the 14nm process node. It will feature 6 cores and 12 threads. It’ll be compatible with the LGA 1151 socket, and rumor has it that board makers will extend support of  Coffee Lake to 200-series and 1oo-series platforms.

See also  4G download speeds are faster during these hours, according to report 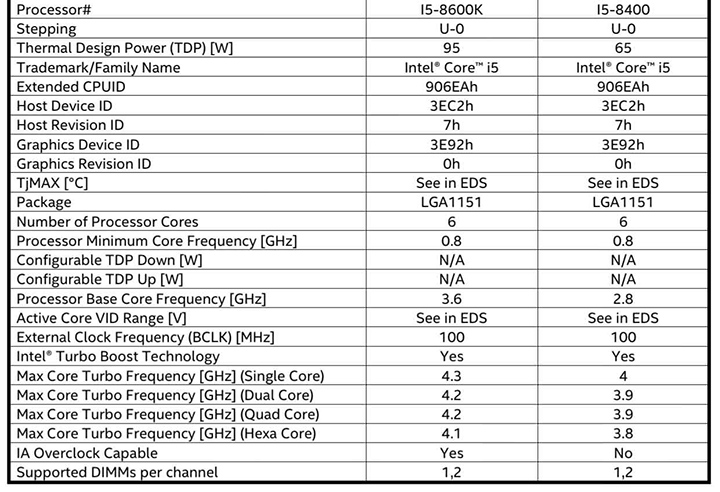 On the other hand, the Intel Core i5-8600K will also feature a hexa-core design. It will stick with 6 cores but it will not feature a multiple threaded design. The chip is said to feature 9MB of L3 cache while also being supported on the LGA 1151 socket.