April has arrived and while some are enjoying some April Fool’s prank, let’s take a look at the reviews we’ve done last month. 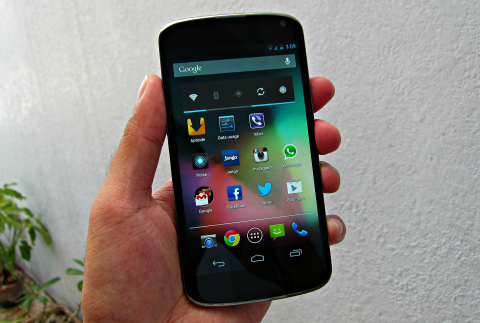 Google Nexus 4
Google’s latest flagship became an instant favorite of those who are looking for an Android smartphone that can combine good-looks and performance. The LG-made device boasts a premium feel thanks to its glass-mounted front and back, as well as blazingly fast performance delivered by the quad-core 1.5GHz Snapdragon S4 Pro processor, 2GB of RAM, and stock Android 4.2.2 Jellybean.

What we liked about it:
* Great design and build
* Very fast performance
* Good battery life
* First to receive Android updates
* Good camera performance
* Cheaper than most smartphones of its class

What we didn’t like about it:
* Poor speaker placement
* Stock Android is not that exciting 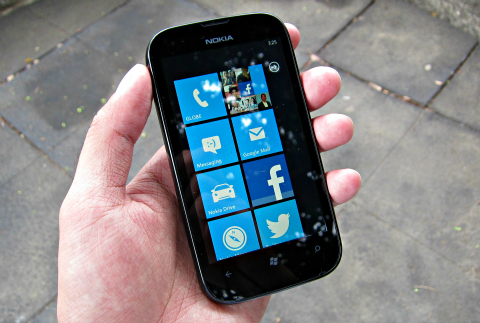 Nokia Lumia 510
The Lumia 510 is Nokia’s most affordable WP7 device and probably the last Lumia to carry the OS. We found the device very capable for its price but came late into the game when it was announced in October of 2012. At this point, it is better to get the WP8-powered Lumia 520 instead.

What we didn’t like about it:
* Body is a bit chunky
* Limited display viewing angles
* Low RAM
* No microSD card support
* No USB mass storage support
* No front-facing camera
* No LED flash
* No WP8 path upgrade 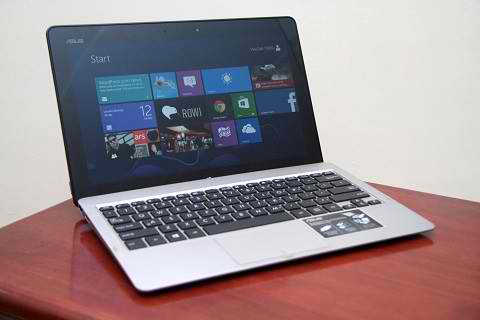 ASUS VivoTab TF810C
The VivoTab TF810C is an Intel Atom-powered tablet hybrid that offers the functionality of a Windows 8 laptop and the mobility of a tablet. It comes with a 11.6″ display mounted with Gorilla Glass, a Zenbook-style keyboard dock, and a Wacom Digitizer Stylus. The VivoTab TF810C is not suited for resource-heavy tasks but it is by far one of the best Atom-based Windows 8 hybrid tablet PC in the market.

What we didn’t like about it:
*Lacks volume power
*Not intended for resource-heavy tasks 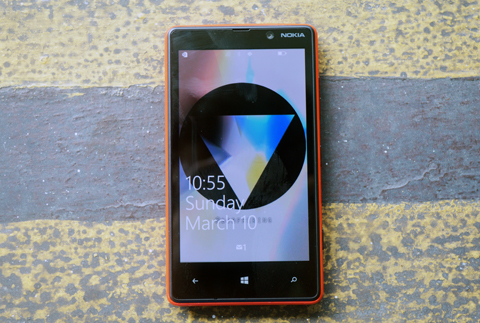 Nokia Lumia 820
The WP8-powered Lumia 820 is Nokia’s successor to last year’s WP7 Lumia 800. The 820 is a notch below the Lumia 920 but also offers a great Windows Phone 8 experience. You do miss out on the PureView tech but you get a lighter price tag in exchange. 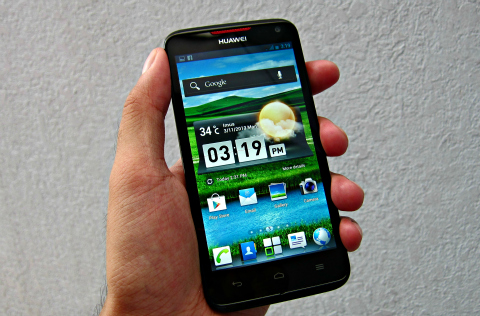 Huawei Ascend D1 Quad XL
The Quad XL, as the name suggests, is a quad-core smartphone that sports Huawei’s own K3V2 processor, 1GB of RAM and an above average 2,600mAh battery. It gained praises in all departments except for the elusive Android Jellybean update that hasn’t arrived yet.

What we didn’t like about it:
* Android Chrome browser issues
* Only Android ICS out of the box
* No Jellybean update so far 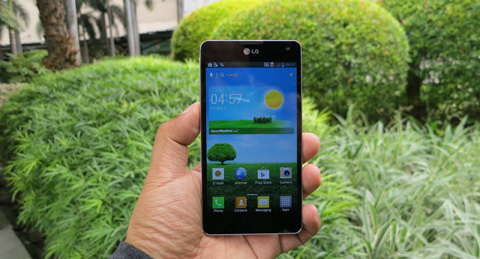 LG Optimus G
The Optimus G is the fraternal twin of the Nexus 4 and shares a lot of similarities in terms of design and hardware specs. It also sports a glass front and rear, offers the same premium feel but definitely more LG-like. The Optimus G is the best LG smartphone we’ve reviewed so far but will soon get eclipsed by its successor – the Optimus G Pro.

What we didn’t like about it:
* No expandable microSD card 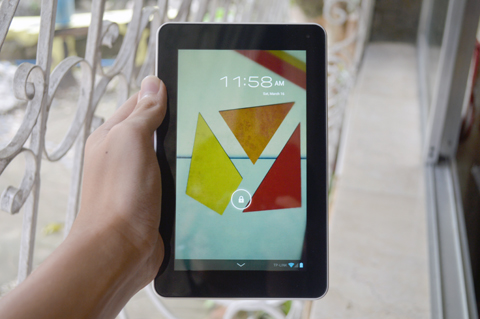 Huawei MediaPad 7 Lite
The tuned down version of the MediaPad, and as the name suggests, the specs and performance is also lite. On the bright side, it has a good construction and 3G capabilities.

What we liked about it:
*Clean user interface
*Vibrant display
*Premium construction
*Affordable for 3G capabilites

What we didn’t like about it:
*Very slow and laggy performance 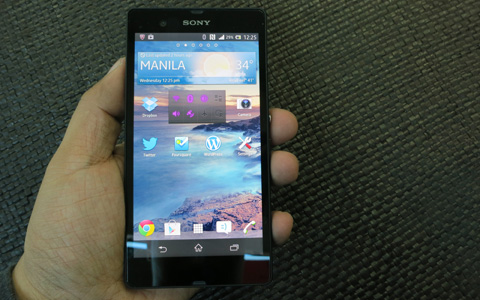 Sony Xperia Z
The Xperia Z is one of the most popular Android smartphones to date. It almost has all the features you’d want on a smartphone – awesome design, great performance, impressive camera, and water and dust resistance. But like most high-end devices, the Xperia Z is not perfect.

What we liked about it:
* Solid design and build quality
* Great performance
* Impressive camera
* Water and dust resistance

What we did not like:
* Highly reflective TFT display
* Smudge and fingerprint magnet 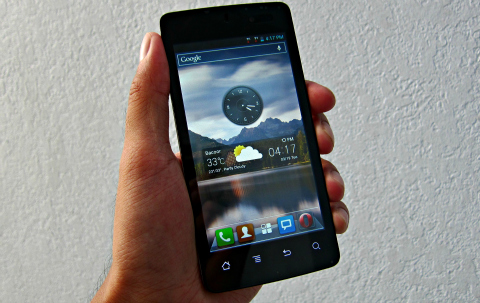 Cherry Mobile Flame 2.0
Cherry Mobile created a lot of buzz when they released their first quad-core Android smartphone in the form of the Flame 2.0. The Snapdragon S4 quad-core processor, 1GB of RAM and Android 4.1.2 Jellybean delivered the kind of performance we’d expect for a smartphone of this caliber. The best part is the very affordable price tag.

What we didn’t like about it:
*Poor camera performance
*Short battery life
*Limited viewing angles 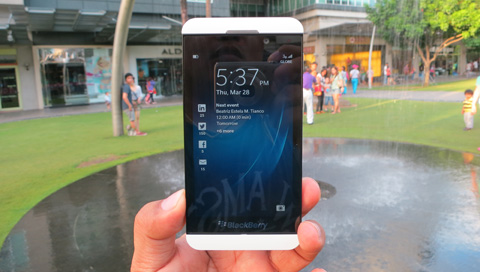 BlackBerry Z10
BlackBerry’s first smartphone to run its new BB 10 OS is the Z10. It has great design and hardware specs but people are still skeptical about the OS especially on the strength of its app ecosystem. Still, the Z10 is a BB fan’s ultimate smartphone with a number of features that can rival the likes of Android and iOS.

What we liked about it:
* Nice design and solid build quality
* LTE support (Globe only though)
* Great virtual keyboard
* Impressive camera
* Good performance
* No need for BIS

What we did not like:
* UI has steep learning curve
* Missing apps in BB World
* No push email
* A bit pricey 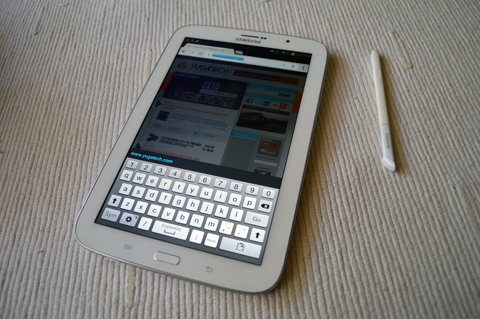 Samsung Galaxy Note 8.0
The Note 8.0 is simply an enlarged Note 2 that went full 8 inches. Still it has a good design, great performance, a ton of S-Pen features, plus phone and 3G capabilities. Those who are thinking twice of getting the iPad Mini can opt for the Note 8.0.

What we liked about it:
*Phone capabilities
*Great overall performance
*IR blaster doubles as a remote control

What we didn’t like about it:
*Dirt magnet
*No LTE support in the PH, just 3G