We’re invited by Samsung to attend their South East Asia Forum 2016 where they have brought most of their CES 2016 products nearer to home. And of course, what we wanted to give focus on is Sammy’s new Windows tablet– the Samsung Galaxy TabPro S. 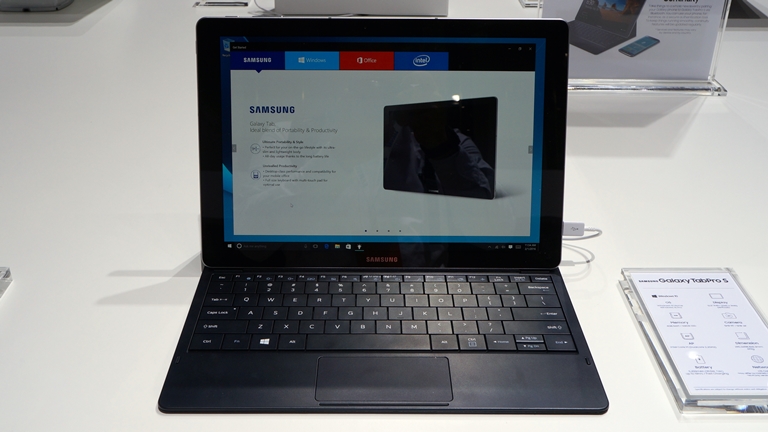 The Samsung Galaxy TabPro S is powered by the latest Windows 10 operating software and a 2.2GHz 6th-gen Intel Core m3 dual-core processor. It has a 12-inch Super AMOLED HD+ display with a resolution of 2160 x 1440 pixels which gives us a pixel density of 216ppi. There’s 4GB of RAM and the storage option can be at 128GB or 256GB SSD. For video-chatting, it has 5-megapixel cameras, both in front and at the back. 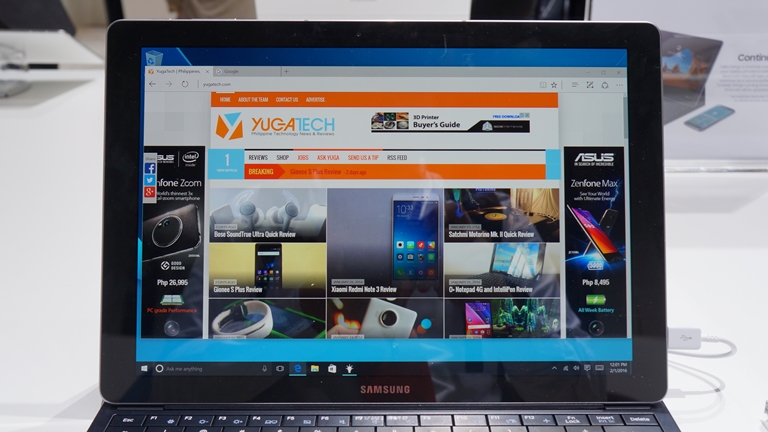 Design-wise, the TabPro S doesn’t differ from the current crop of Samsung slates with it’s aluminum frame and utilitarian looks. The front doesn’t have the usual physical home button, and two capacitive keys since we’re running Windows, giving it a classic look similar to the first tablets of the Korean manufacturer. The tablet itself is thin at just 6.3 milimeters, making it the thinnest 2-in-1 around, and weighs in at 693 grams. Adding to those numbers is the included full-sized keyboard cover. Using the cover will give you better productivity with its built-in multi-touch trackpad and a hinge that allows the tablet to be viewed in the two angles. It’s somehow similar to the early Surface slates. The tablet and cover connect via a magnetic latch and Pogo pins. 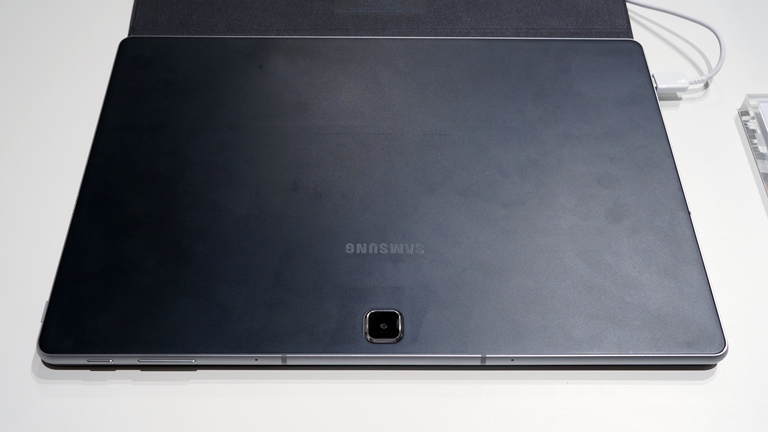 With its thinness comes the sacrifice of having multiple ports. On the left, there’s only the 3.5mm jack and a USB Type-C port, which seems to be shared for charging and connecting peripherals. That’s why Samsung is offering a multi-port adapter that includes HDMI, USB Type A and C. There’s a Bluetooth Pen if you’d want to write on the display. 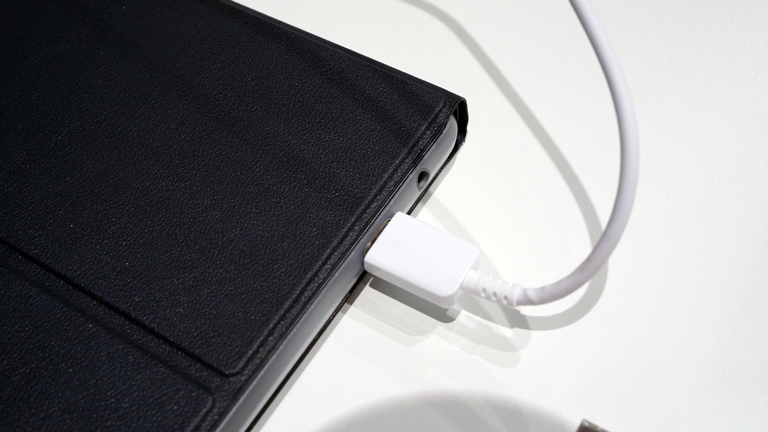 While wired connection to the tablet can be cumbersome, the wireless department is blessed with an LTE Cat6 radio, a first for a Windows tablet to have such, along with Bluetooth 4.1 and Wi-Fi 802.11ac MIMO. There’s a 5200mAh battery inside which is said to last for 10 hours for 2.5 hours of fast charging. I can’t deny the fact that the TabPro S is very similar to the Surface tablets, but with added Samsung touches.The trackpad is fairly sized for mobile computing and the AMOLED display is definitely a treat to use thanks to its vibrant colors and deep contrast. Touchpad response is pretty accurate with multi-finger support while the physical keyboard on the cover is comfortable enough to type on. Performance is good during our quick hands-on, but the Core m3 processor is not ideal for heavy tasks. In return, you have a quiet device since it doesn’t need an exhaust fan.

Local availability is expected, but there’s no definite date as of now. Pricing is also TBA. Since the latest Galaxy S7 is just around the corner, we might see the TabPro S sometime after.