Snapdragon 805 to have UFS 2.0 memory module

Snapdragon 805 to have UFS 2.0 memory module

As tablets and smartphones become more and more powerful, it’s only logical for manufacturers to start looking for better storage solutions. That’s exactly what Qualcomm has in mind, which is why they collaborated with Toshiba to include a UFS 2.0 module on the upcoming Snapdragon 805 SoC. 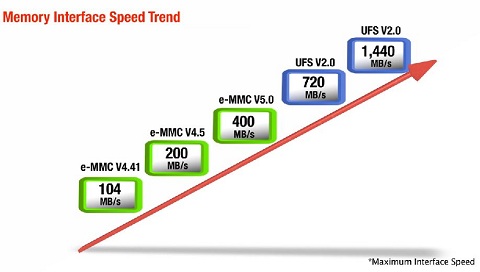 On the downside though, UFS 2.0 modules will be a tad more expensive than e-MMC, which is why we won’t see this technology on mid-tier and low-end devices just yet. However, Toshiba is confident that UFS will eventually become a market standard and all future mobile devices will soon have it.

The UFS-equipped Snapdragon 805 processor is said to enter mass-production on the second quarter of the year with other Qualcomm chipset to follow suit.