Just nearly a week after its official announcement, Fujifilm Philippines has launched the latest addition to their X-Series cameras in the country, the Fujifilm X-T1. 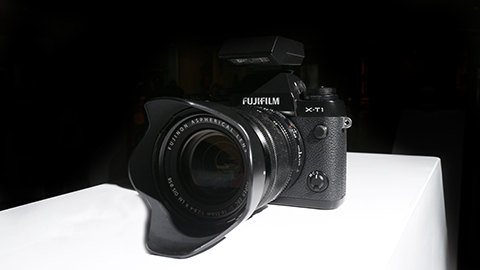 As mentioned on our previous post, the new X-T1 has a nature-ready body made with die-cast magnesium to go along with its serious engine configuration that matches that of the X-E2’s.

Some of the new improvements of the X-T1 include a revamped 2.36M-dot EVF with 0.77x magnification and 0.005sec lag-time, nominally faster burst at 8fps, and a fast phase-detect AF system which is rated at 0.08sec.

The new Fujifilm X-T1 will be retailed locally for Php85,990 for the body + kit lens and EF-X8 (External Flash). Meanwhile the body-only kit will set you back Php65,990.