Pico De Loro, Batangas – Fujifilm Philippines has gathered a handful of folks from the media and blogging industry to formally launch the company’s latest mirrorless camera, the Fujifilm X-T10. 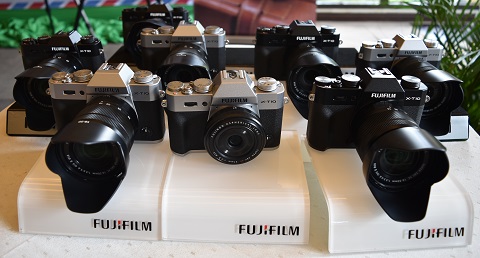 The Fujifilm X-T10 inherits all of the positive design traits of the Fujifilm X-T1, which include the company’s signature “modern-retro” style in a compact and lightweight frame. It also shares the same internal configuration with the X-T1 comprising of 16-megapixel X-Trans II CMOS sensor, and EXR II image processor.

The whole idea behind the X-T10 is to bring a high-performance mirrorless camera to the masses by lowering the price a bit. In doing so though, Fujifilm had to make some minor compromises to bring the price down.

Peculiarly, Fujifilm also moved the production of the X-T10 to Thailand instead of manufacturing it in their home turf. 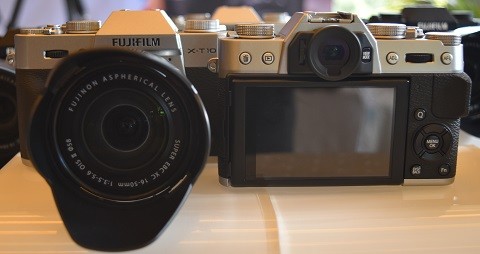 It’s not cutting corners all the way though. The removal of weather-sealing allowed Fujifilm to make the X-T10 reasonably lighter than the company’s current flagship mirrorless camera.

Furthermore, the camera maker also added a built-in pop-up flash on the X-T10, a component that was missing on the X-T1.

The Fujifilm X-T10 will be available through local dealers and distributors within this month. The body-only package will set consumer back Php40,990.