It was just recently that manufacturers started rolling-out Android Ice Cream Sandwich to some of their devices but here we are with the latest rumor about the release of Android’s next treat, the 5.0 Jelly Bean, in the second quarter of this year.

Android Jelly Bean will be further optimized for tablet PCs and netbook computers with the ability to dual boot Chrome OS. 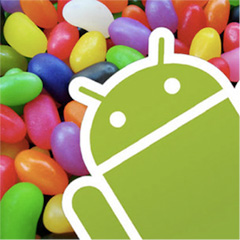 Google is probably trying to market their cloud-based platform once more by hitching a ride with Android but I think itâ€™ll be a short-lived affair as brand vendors can choose to have Android 5.0 only or dual boot with Windows 8. The best part is you’ll be able to switch OSes without the need to reboot. Really sweet!

Pretty sure weâ€™ll be seeing Jelly Bean on popular tablets such as the Transformer Prime in the near future. With brands like Asus planning to launch a Windows 8 tablet later this year, added the potential of an Android 5.0 dual boot, I say the tablet wars just got a lot better this time around.