After releasing a number of betas to developers, Apple has finally released iOS 10.3 to the masses. 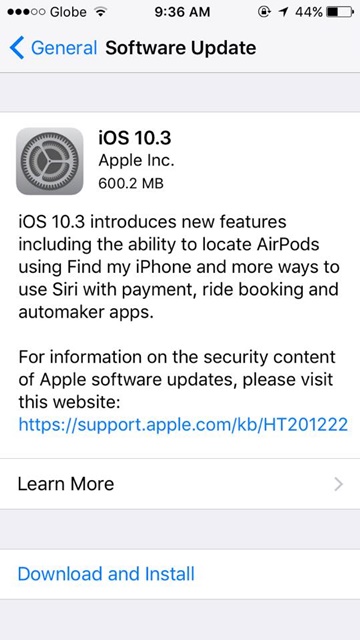 The update is already rolling out to supported devices, including ours here in the Philippines. Most of the new features in version 10.3 aren’t major but it has a huge under the hood change.

Apple is moving supported devices to its new Apple File System (APFS), a file system that was announced at WWDC last year with the iPhone, iPad, Apple Watch, Mac, and Apple TV in mind. It’s designed to scale across Apple’s new devices and take advantage of flash or SSD storage. Shifting to APFS may also result in free storage space on your device.

Other new features include AirPods options and CarPlay improvements.