Microsoft has just announced that the next update to its Windows 10 platform will arrive to users next month. 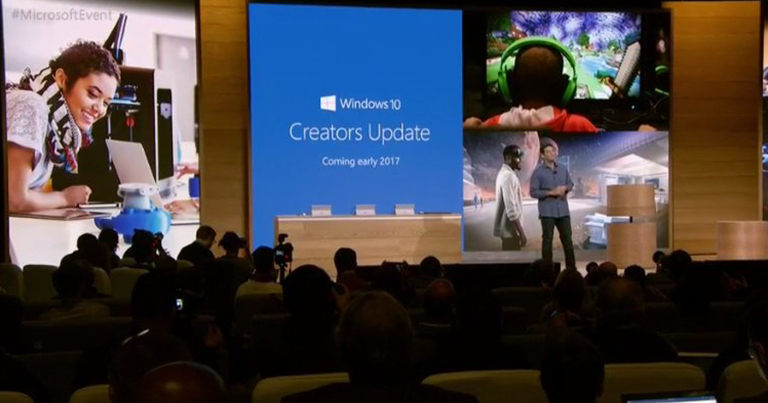 In a press release, Microsoft has unveiled details for its new Creators Update to roll out on all Windows 10 users as a free update . With the new Windows 10 update, users now have the ability to create artwork in 3D space through a revamped Paint 3D app, improved integration with augmented reality through Microsoft Hololens, new features to Microsoft Edge browser, added functionality for gamers on PCs such as 4K resolution gaming and built-in live broadcast tools, and a new section highlighting the contacts that matter to you the most called ‘My People’.

Users registered under the Redmond giant’s Insider Program already have the first dibs on the final version of the update to be released for bug testing, while the rest of the world will have to wait until April 11 for the new features to hit their Windows Update screens.