Snake mobile game to return to Android, iOS, and WP

Snake mobile game to return to Android, iOS, and WP

Taneli Armanto, the creator of the original mobile game Snake for Nokia phones, has announced its return this time on Android, iOS, and Windows Phone under the title Snake Rewind. 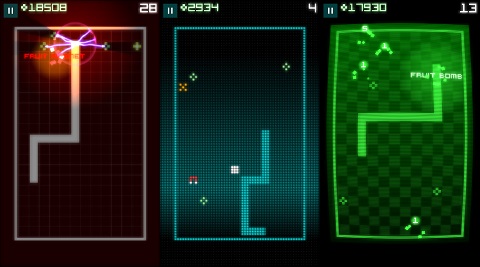 * Rewind the snake to continue the game even after crashing.
* Many different types of special fruit, with unique powers and effects.
* 10 levels with distinct visuals and music, unlocked by completing fun and challenging missions.
* Fruit store where boosters and items can be upgraded and purchased, using fruit that you collect while playing.
* Compete against other players for higher scores and ranking on the leaderboards, connect with friends on Facebook.
* Fill the whole screen with the snake and find out what happens then.

Snake Rewind will be available on on Android, iOS, and Windows Phone on May 14 for free with in-app purchases.