Google Everywhere is both Great and Scary

Google Everywhere is both Great and Scary

During Google I/O 2014, there were two protesters who interrupted the keynote, one saying that Google builds robots that kill. After that and certainly after all the news with the NSA, it got me thinking – having a few companies control your data may be a little scary. 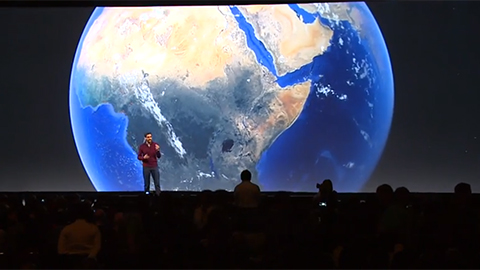 Let’s have a quick run through on Google products and services that we use, might use and will use in the future to put things into perspective:

Now, read through it another time if it still doesn’t get to you – I’m sure you will probably find it either convenient, scary or both. In addition to everything listed above, let’s not forget Google also has advertising as a major backbone supporting them. They also have lots of top secret things going on over at Google X, having acquired companies such as DeepMind Technologies for artificial intelligence and Boston Dynamics for robots.

This is all not to say that something evil is up however; Apple, Microsoft and a lot of tech companies are trying to do this too. As a matter of fact, lots of things done by Google seem very progressive as they’re trying to get everyone on the internet with projects such as Project Loon (all goes back to their advertising).

You’ve probably seen how everything scales up; Android started in phones and now they’re in cars. With Google’s recent acquisition of Nest & Dropcam, it’s inevitable that we’ll be seeing smarthomes in the future too. Not long after that, we may get smartcities if Google partners up with governments.

The convenience here for me, and possibly for everyone else, is basically sync. If I get into an Android phone, I might as well get an Android tablet, a Chromebook and an Android car, right? Well, not yet maybe, but I’m sure they all work well together; there are still some pros and cons. Same with the iPhone, the iPad, CarPlay, Macs and etc. You can have an Xbox, but that doesn’t mean you should get a Windows Phone – but if you did, the Microsoft experience will be better on your end.

With mostly all products getting better through time, so does the entire ecosystem, but let’s say, maybe in the future or some alternate universe, I decided to get an Android Wear Rolex, an Android Auto Audi, Google Glass 8 and a mansion run by Android Home. Then, the next year, I decided I don’t like my Android phone anymore – I think I want an iPhone this time since it’s fireproof and it has an iris scanner. Can I simply make the switch? I don’t think so. Maybe if Google, Apple & Microsoft were all friends to each other, I may switch, but it seems like they’re all bent on building their ecosystems independently without that much openness to each other right now.

But then again, the situation above is IF I had a majority of my things run by Google. How do we avoid this? For consumer problems, the answer I always see is competition, competition and competition – but not all governments are doing their job, aren’t they? Lots of buyouts are happening, and they’re leading into either monopolies or oligopolies.

Here’s a conspiracy theory – what if governments are allowing this because they’re getting something from it? NSA grabbing data? A Skynet Terminator army? Corrupt government officials getting kickbacks? Oh well. Telco buys this, social network buys that; maybe I’m paranoid, maybe I’m not.