I received my first MP3 player when I was still in college around 2004 or 2005. It wasn’t a shiny new iPod though (Apple has probably introduced the 4th or 5th gen iPod Classic during that time) but a Taiwanese-made Clicker Pocki 5-in-1 MP3 player. 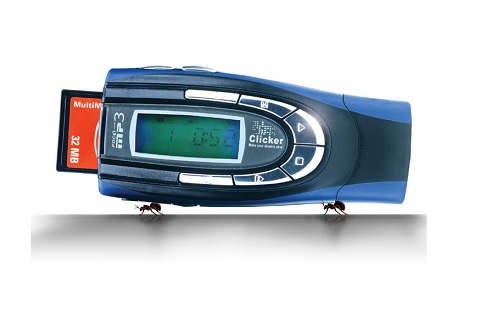 Heavily influenced by the iPod’s signature white color, my Clicker also came in white. The design has more affinity towards the flash drive and only has 128MB capacity with 117MB usable, which equates to around 20 songs give or take. It uses a USB 1.1 interface and powered by a AAA battery, which is costly if you don’t use rechargeable batteries. Aside from that, it also doubles as a USB drive, voice recorder, and supports SD cards which I believe is up to 1GB. The Clicker also became my go-to SD card reader for my desktop back then. 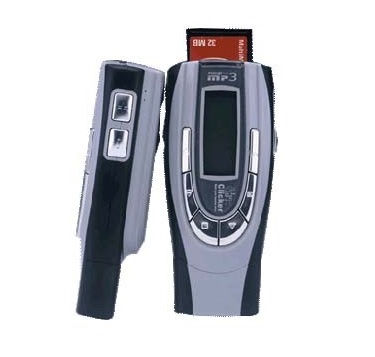 It was light years away from what the iPod can offer but it was affordable. Times were tough and college wasn’t exactly cheap so the Clicker became my constant companion. To add to its value, it was a gift from my mom so I’m not complaining. And yes, I still have it and here’s what it looks like now: 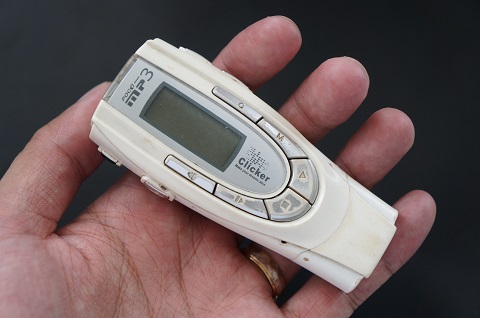 It’s pretty banged up. The rubber grip is gone, the player doesn’t work anymore, but the flash drive still does.

After the Clicker, I shifted to Nokia phones to be my dedicated music player, starting with their XpressMusic line. I had the Nokia 5310 XpressMusic, then upgraded to a Nokia 5800 XpressMusic for its touchscreen display. 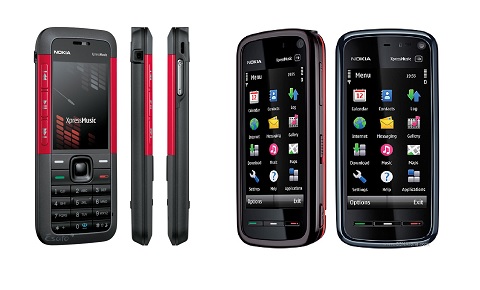 I received my first Apple product in 2009 in the form of the iPod nano 4th gen. I fell in love with Apple’s design and simple interface that it encouraged me to upgrade to its iPod touch lineup. I bought the iPod touch 3rd gen in 2010 followed by the iPod touch 4th gen a year later. Both have been handed down in the family. 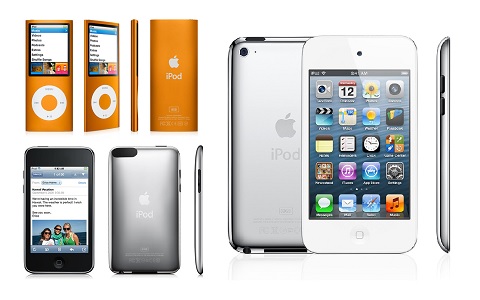 Fast forward to the present, dedicated music players are quickly being replaced by smartphones. Looking at my Clicker now, it amazes me how much technology has improved over the years. Right now my smartphone handles all my music needs and I don’t think I’d be needing a dedicated player anytime soon unless something remarkable comes along that will make me go back. 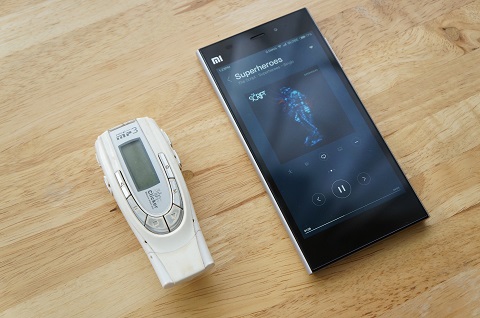 With this article I’m officially putting my first MP3 player to rest. I have no plans of throwing this away though. I would probably keep this for a few more years then show it to my son and tell him how we listened to digital music back then.

How about you? Do you still remember your first MP3 player? :)

My first MP3 player was a Nokia 6630 smartphone, jury-rigged to output to a 3.5mm female plug and some Sennheiser headphones.

I had my first mp3 player back in 2005. It was a Creative Media Player 128 MB which I bought for more than P5000. It sounded great. I was already working that time but I still cannot afford to buy an iPod. Had a really good time with mp3 player.

My first player was the Diamond RIO, loved that thing to death, then the Creative Muvo USB player came and i got that too, the 64mb version. Damn I’m getting old.

My 1st mp3 player was from CDR-KING, a battery-operated 1gb white player with three buttons (stop/play/on-off, volume up/next song, volume down/previous song) on the side and had a multicolored led light. Bought it last 2006 as a grad gift to myself, and it still working. :)

Got the Napa too, the orange and pearly white plastic was mesmerizing. Too bad it broke, my friend borrowed it and gave it back to me in 3 pieces.

For the record, I really didn’t have a dedicated mp3 player per se back then, but my 1st taste of digital music was courtesy of my Nokia 5510 phone. I was amazed by it’s “stunning” features and made me feel awesome coz I maybe the only kid in my village to have a phone that also doubles as a music player..

My 1st mp3 player is a 1gb iBuddy from CDRKING. The great thing about this device is it looks like a 4-inch usb dongle so it doesnt take much space in your pocket and only cost P1000 back then.

how old are you? we have almost the same experience and im 28 now. got my first mp3 player back in college. it was also a usb-type with 512 mb storage. it was given to me by my sister as a gift. After college when I got a job I also bought a 5310 then a 5530. I didnt bought apple products though. Back then, already thought that an all-in-one device is what i need (music,calls,text,videos) so thats what ive been buying since.

Hey man, I’m turning 30 this year. Now that you mentioned, I remember that I also had a 512MB mp3 player after the Clicker. Then switched to a 1GB Samsung. Good days.

Nokia did well with their music phones but the apps made me switch to the iPod touches.

My first mp3 player was an ipod nano 4th gen. Had it since 2008. I still use it up to now because I find that sound quality on my headphones was better when I use them with my ipod. I tried using my headphones on other smartphones (with the similar settings and equalizer), but sound quality was still better on my ipod. I don’t think I’m ready to give up my ipod. LOL RIP iPod Classic, you will be missed.

Who the f*** cares about your stupid MP3 players?

It’s like saying, “who F’ing care about your grandparents?”. If you’re not part of kids who owned mp3 players then probably your childhood is boring as shit, or maybe your just a youngster today who is spoiled asking your parents to buy high-end smartphones, a beats headphone, a drone that you have no idea how to use, or any other flashy gadgets just to show it off. Learn to respect the early generation of technology since without ’em you might still using sticks for entertainment(I might exaggerated this one, but I hope you get the point).