I’ve known Western Digital as a storage and HDD company for the longest time so I’m a bit surprised to learn that they have moved into the wireless networking market. The company sent us this WD MyNet N900 Central router to check out. 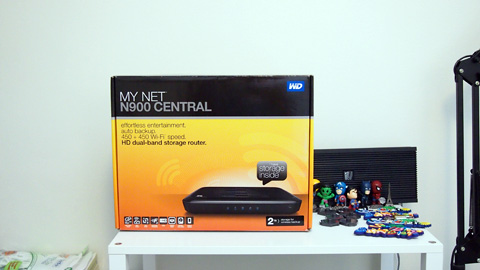 What makes the WD MyNet N900 Central different from all the other routers we’ve seen and tested is that this model comes with a 2TB Western Digital HDD right inside the box.

While most other high-end routers provide USB ports so you can attached any type of storage to extend and share within your network, the My Net N900 Central already has built-in storage that automatically allows you to share multimedia files and stream content from within your network.

Here’s a quick unboxing and introduction of the device:

From the way it works, it looks like a cross between a WiFi router and a NAS.

The router is a bit larger than the usual ones and also a bit heavier because of the space occupied by the HDD inside the device. The unit sits flat on its belly to give it a stable position and avoid shaking the HDD inside the box. 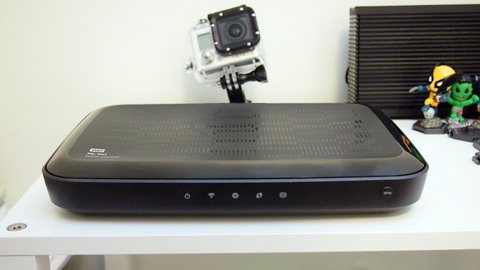 Go Pro Hero 3, at the back, not included.

At the back side, you have 4 Gigabit LAN ports, a WAN port for your DSL modem and a single USB 2.0 port for attaching a network printer or another portable Western Digital HDD. 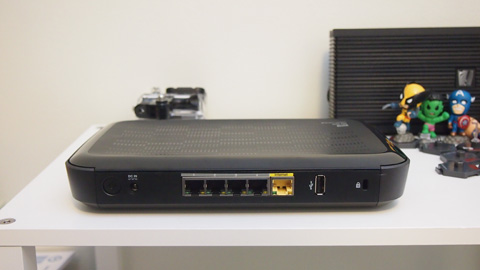 The N900 Central also come with dual-band frequencies so both the 2.4GHz and the 5.0GHz bands have a maximum throughput of 450Mbps each for a total of 900Mbps wireles network speed.

Using an app for your iPhone or iPad, you can also access content of the N900 Central remotely (as if you have your own personal, private cloud storage). 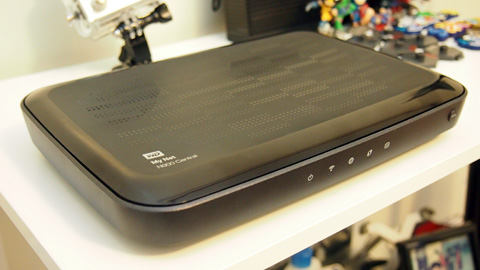 The Western Digital MyNet N900 Central was released back in December 13 and is now available in stores with a retail price of Php11,690 (for the 2TB model).

P.S. By the way, we’re also including this in our great gadget giveaway. Check the details here.