WiFi routers are probably the most underrated gadgets at home and we don’t usually think about them as long as they’re providing us with a good wireless connection. While default WiFi routers provided by ISPs work just fine, in some cases it’s not enough especially if you have higher requirements or need more control over your network. In that case, routers such as the Huawei WiFi AX3 with WiFi 6 Plus are here to help. Check out our hands-on below. The Huawei WiFi AX3 package comes with the router, a power adapter, and a WLAN cable. They’re all white so you’ll get a clean and uniform look. The router itself is one of the sleekest routers we’ve tried so far. It looks simple and clean and has this certain level of sophistication which will look at home in any living room, bedroom or office. It’s made of plastic and features a wedge design with a matte finish. It has the H button in the middle for WPS connections, the NFC detection area for quick connection to a smartphone, and an LED indicator on the front. 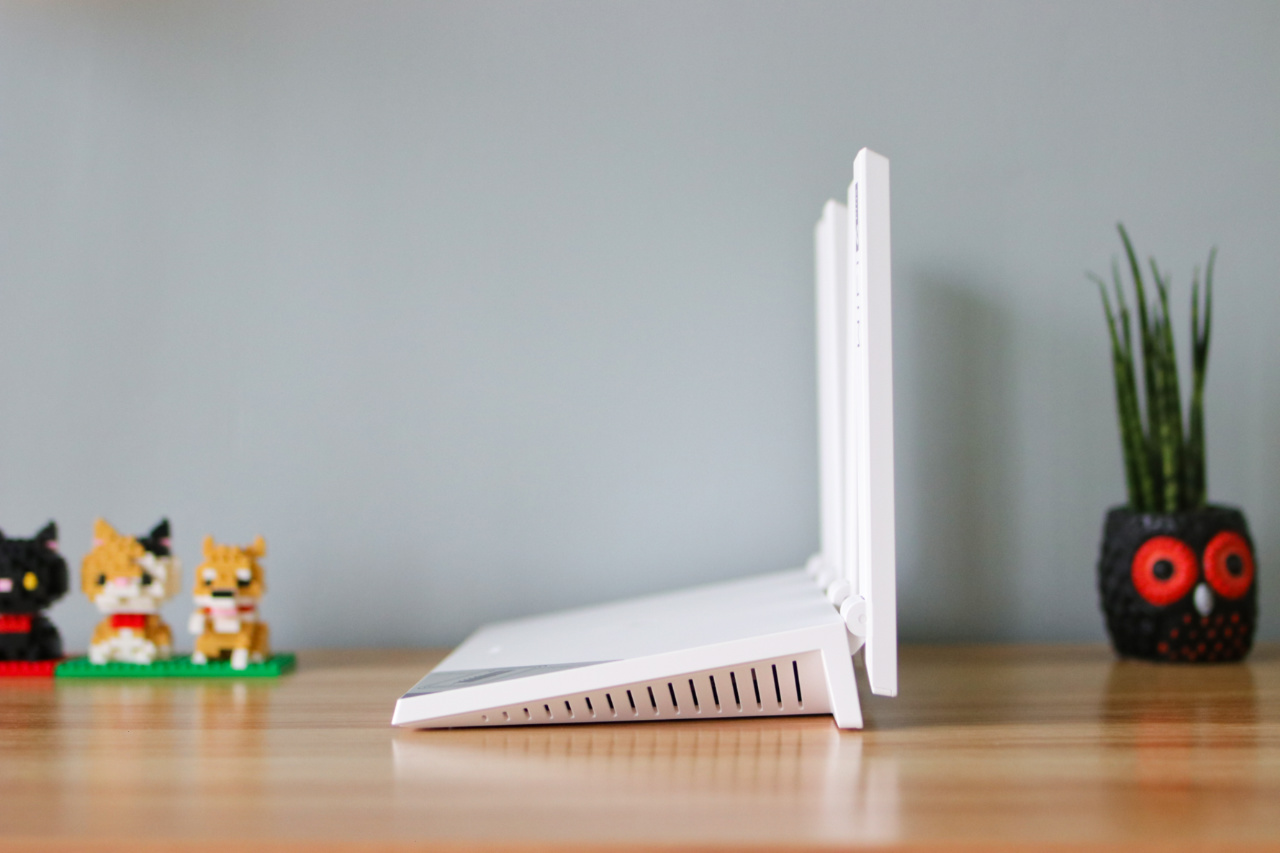 The left and right-hand sides have ventilation vents to keep it cool. While at the back, we have the power port, WAN port, LAN ports, reset button, power button, and foldable antennas. 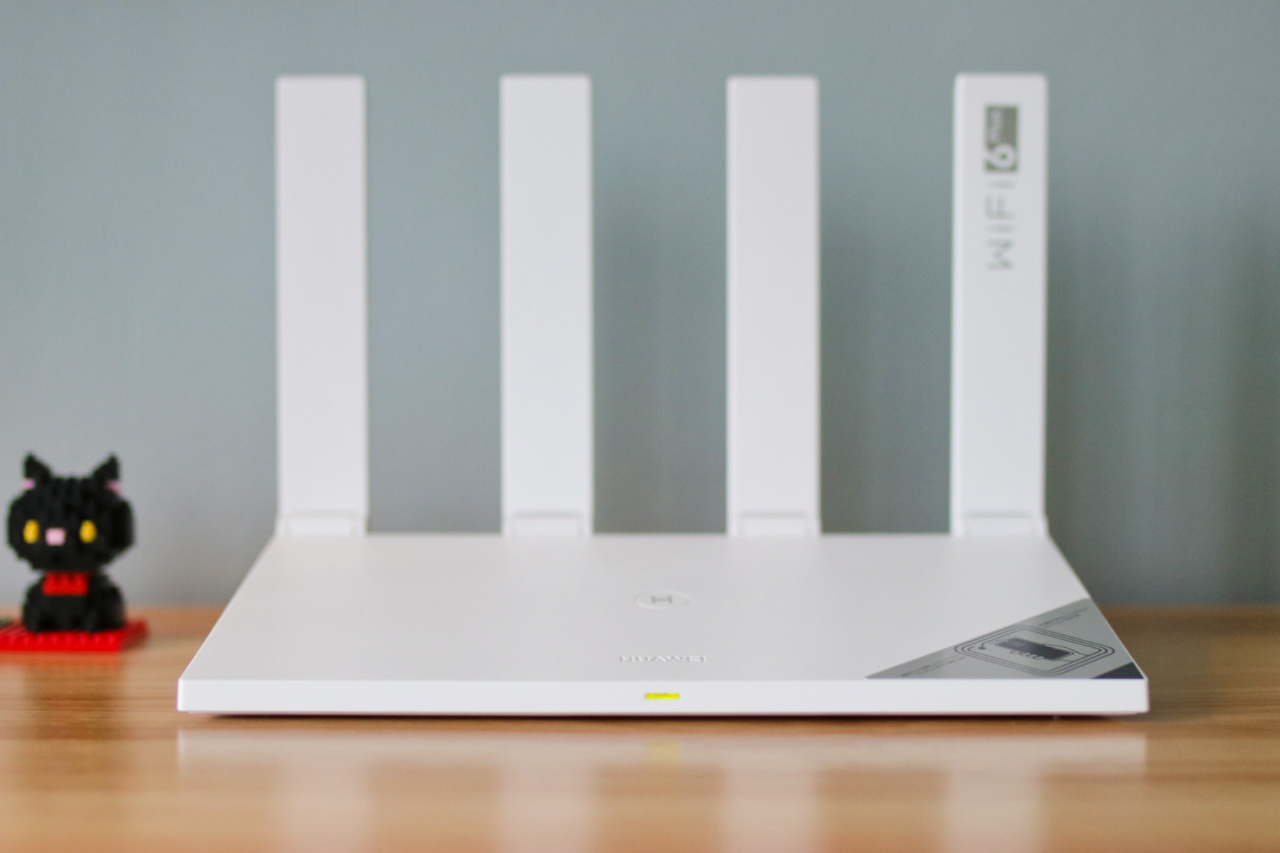 To set up, plug the Huawei WiFi AX3 into a power source, connect the router to your ISP’s modem, then erect the antennas. You will see the LED indicator turn red, which will later turn yellow once the connection is established. To configure the network settings, you will need the Huawei AI Life. If you have a Huawei smartphone, it’s already pre-installed, or if you have NFC, you can just tap the NFC to the detection area in the router. If you don’t have a Huawei smartphone, you can download the Huawei AI Life app on the Google Play Store or Apple App Store. Open the app and it will scan for the router for pairing. If it doesn’t appear in the app, you can connect to the WiFi router through your smartphone’s WiFi settings. If your ISP requires that you enter your account name and password you can set this up. If not, you can skip this step. 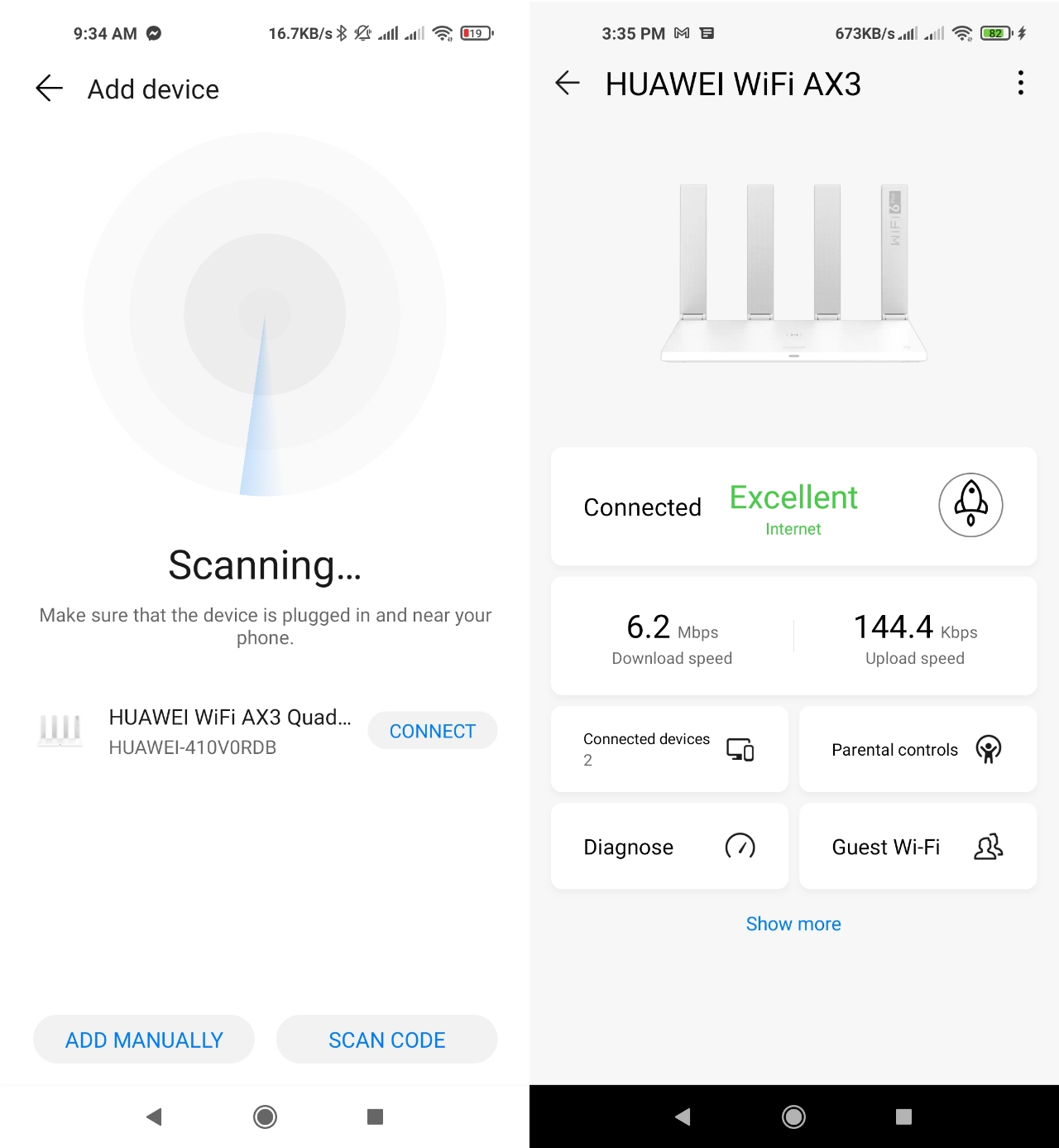 You can now set the WiFI network name as well as the password and admin password. We recommend enabling the ‘Prioritize 5 GHz’ to prioritize usage of 5GHz WiFi band over 2.4GHz band when signal strength is equal to increase in connection speeds. 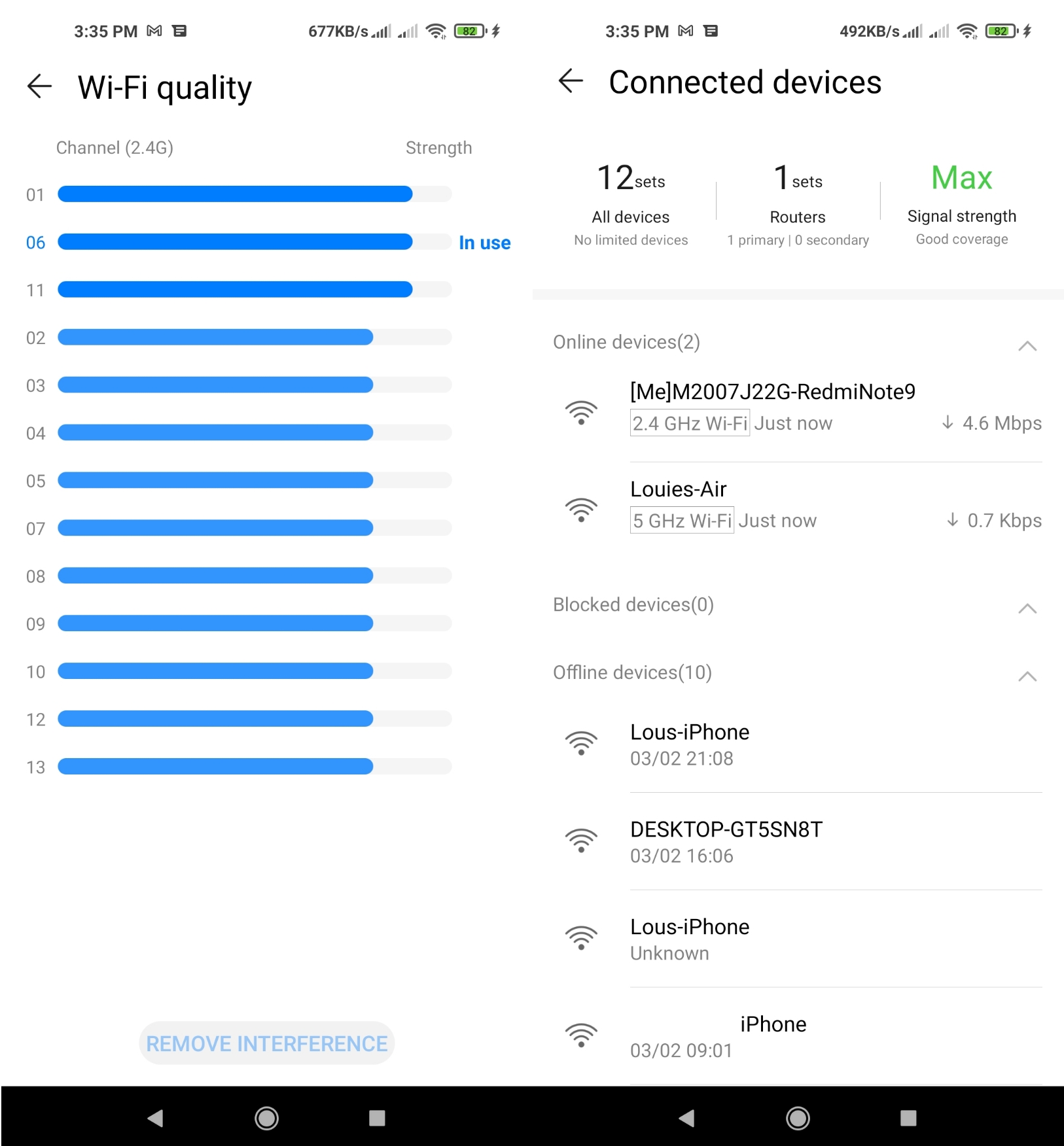 Once set up is completed, you’ll notice a single WiFi network name but it carries the 2.4GHz band and 5GHz band. The Huawei WiFi AX3 will seamlessly shift you between bands depending on the connection speed and signal strength. 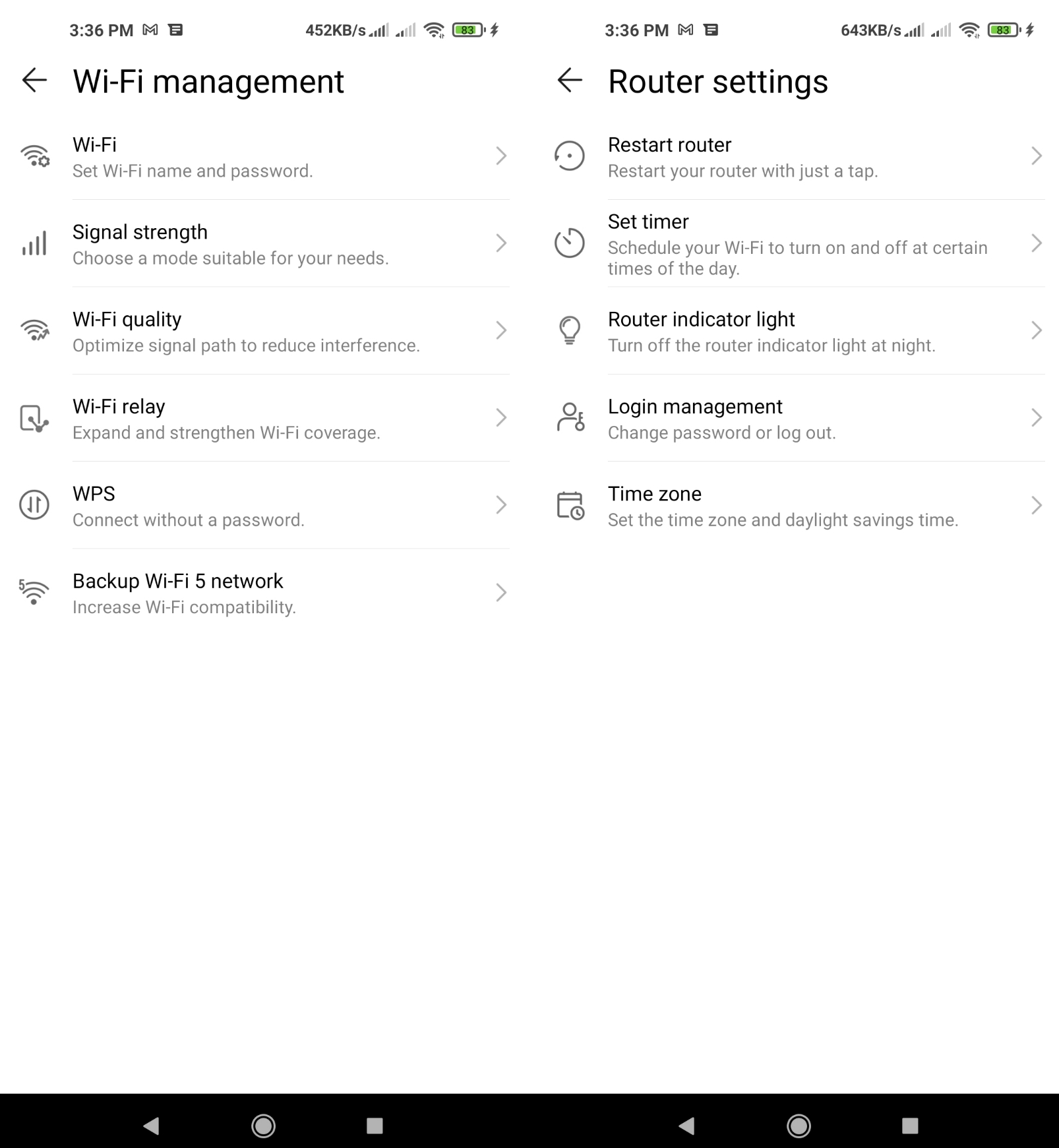 The app provides an excellent overview of your WiFi network. From here you can see the connection status, current download and upload speeds, the devices connected and their bandwidth consumption, as well as access to network diagnosis, Parental Controls, and Guest WiFi. You can also change the router’s password and name, update the router’s firmware and choose a signal strength. 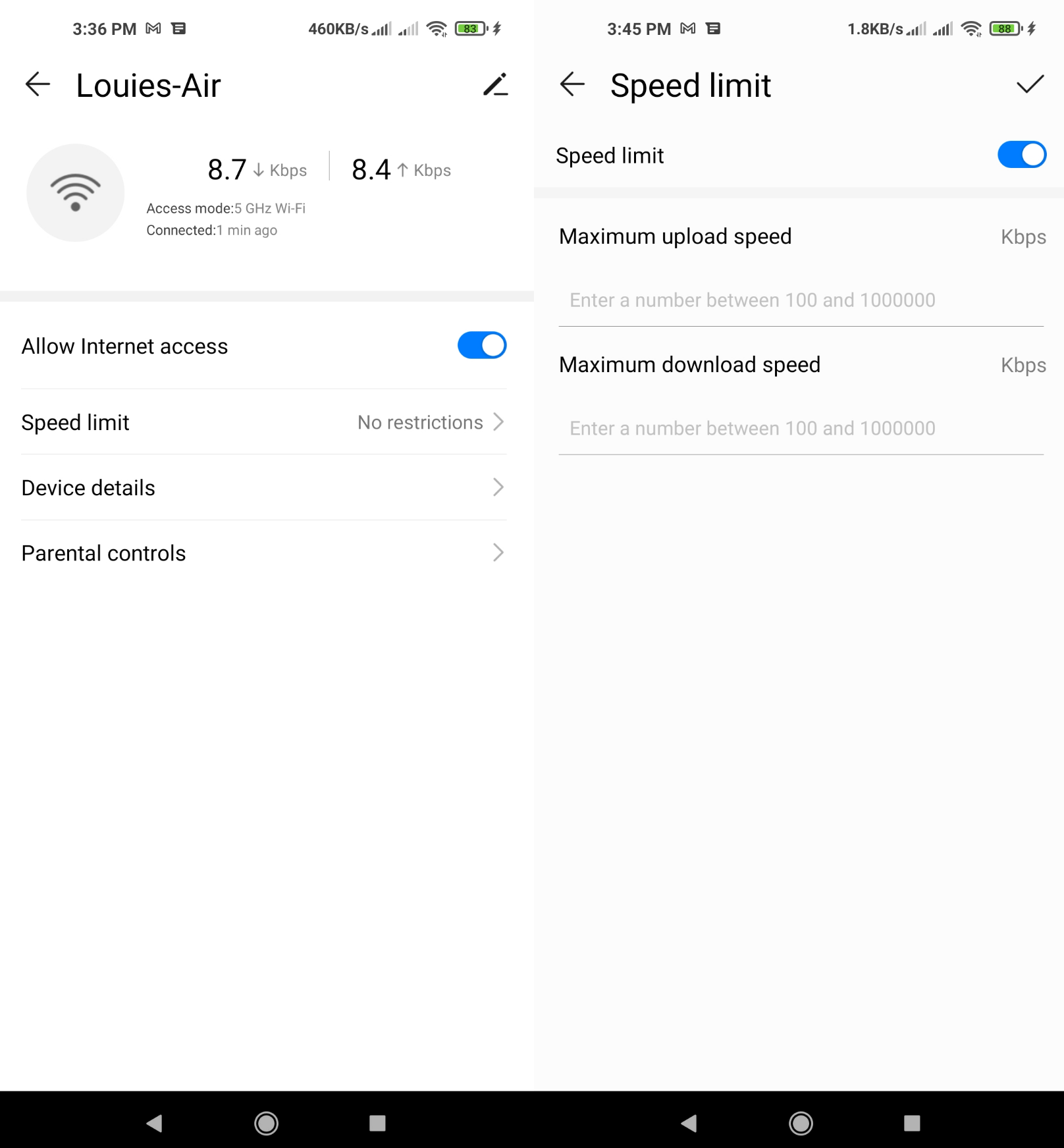 One nifty feature that we like is that you can set speed limits on each device connected to the network. If someone is binge-watching on Netflix in 4K, you can set the speed limit to prevent devices from hogging the bandwidth. If you have kids at home, the Parental Controls also allow you to set a schedule when those devices can access the internet. 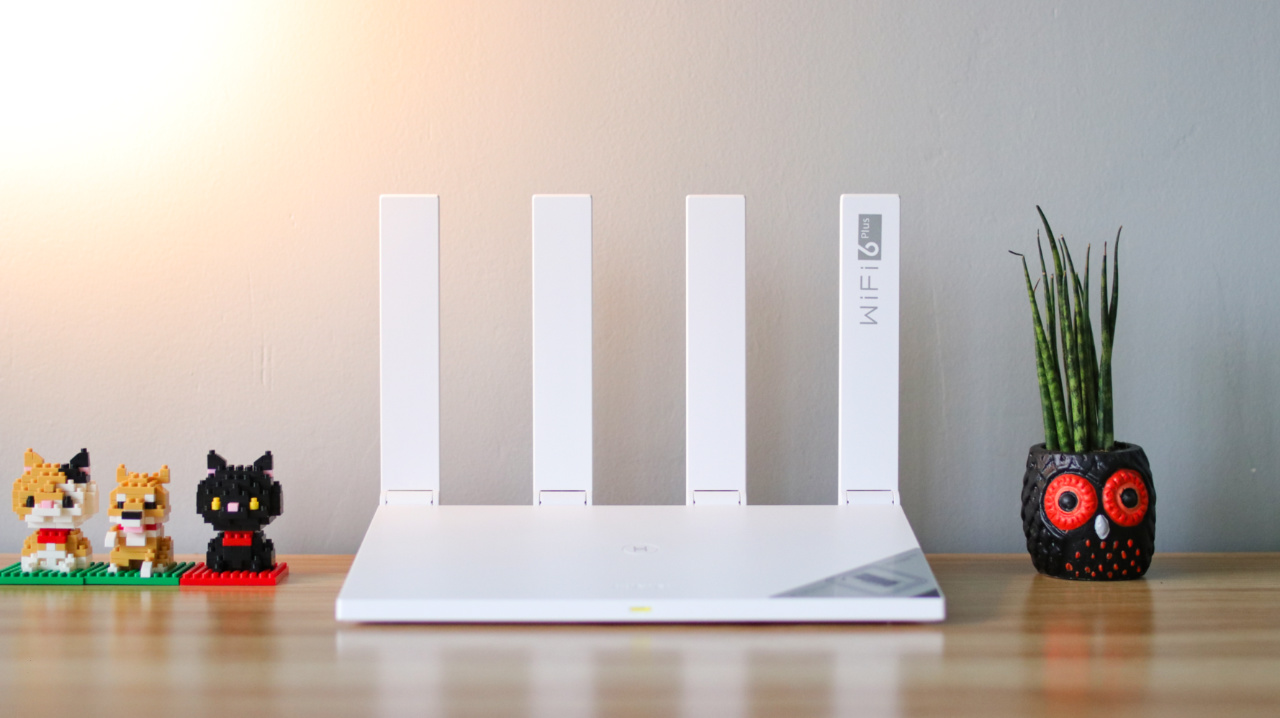 WiFi 6 or IEEE 802.11ax is the latest WiFi standard after WiFi 5 or IEEE 802.11ac. WiFi 6 is better than WiFi 5 in terms of capacity, speed, and range. If your device has support for WiFi 6, you can easily connect to this router. However, if you have older devices with support for WiFi 5 only, you can still connect to the Huawei WiFi AX3 router using the ‘Backup Wi-Fi 5 network’ feature that broadcasts a separate WiFi 5 network.

As for WiFi 6 Plus, it’s Huawei’s improvement on the WiFi 6 technology and can send 6dB signals via a 2 MHz narrow bandwidth using Dynamic Narrow Bandwidth technology, and has support for 160MHz frequency bandwidth. Huawei said that the WiFi AX3’s signal can penetrate walls and floors easily. What this translates to is that you can experience a stronger and more stable WiFi connection at home, and even more so if you’re using a Huawei device that supports WiFi 6 Plus. Other than that, you’ll still get the full benefits of WiFi 6. 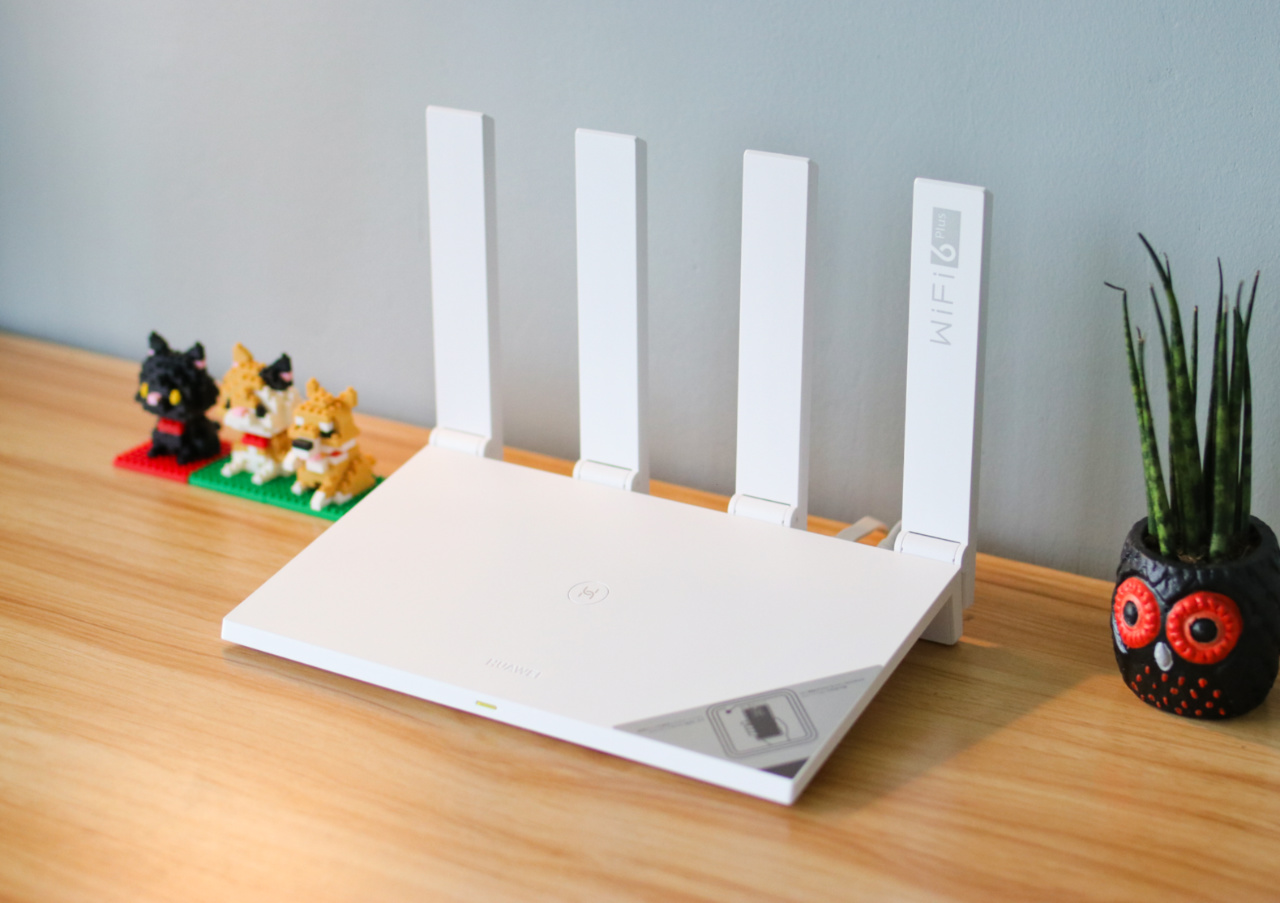 During our time with it, I can say that we were able to experience a wider signal coverage and a more stable connection with the Huawei WiFi AX3 compared to our old router. Since the 2.4GHz and 5GHz are displayed as one, we don’t have to switch between 2.4GHz and 5GHz SSIDs every time we move around the house for a better signal, the WiFi AX3 will automatically do that for you. We also experienced fewer drops in connection and a more consistent speed, and we can easily connect to multiple IoT devices like smart lamps and security cameras.

The Huawei WiFi AX3 is priced at PHP 3,999. It’s a good recommendation for those wanting to upgrade their old router and those currently in the Huawei ecosystem.