Without a doubt, mobile gaming is getting more and more popular. From casual diner games and popular title off-shoots, mobile gaming has created a niche for itself – even reaching PC and console gaming competitive levels. In fact, according to We Are Social’s 2021 report, 72.1% of Filipino internet users spend their time playing mobile games. And, with rapid progressions of new titles, better graphics, and even better gameplay, this means just one thing: Mobile gamers must be prepared to level up their hardware. 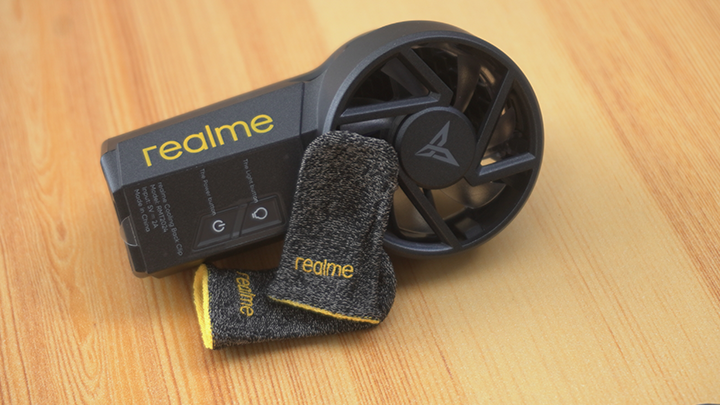 This is achieved in many different ways. Some people purchase third-party controllers. Others prefer to hook it up to a larger display. But what we have today are two brand new mobile gaming accessories from realme — the realme Finger Sleeves and the realme Cooling Back Clip. Let’s check each of them out.

If you’re no stranger to playing games on your phone, then it’s most likely that you’ve felt that uncomfortable warmth coming from the back panel. To make matters worse, keeping your device plugged into a wall outlet at the same time can make it reach excessive temperatures, causing issues like overheating and faster battery drain. This is where the realme Cooling Back Clip comes in. 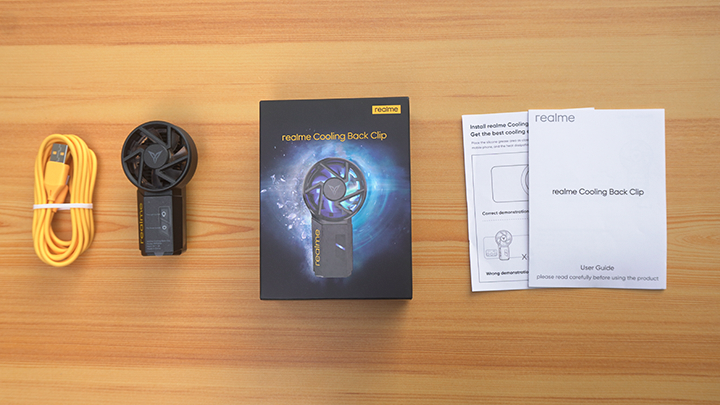 The realme Cooling Back Clip comes with a Type-C Cable, the usual paperwork, and the cooler itself.

Designed to latch onto the back of a smartphone using spring-loaded clamps and protective rubber mats, the realme Cooling Back Clip is exactly what it sounds like. It’s made out of matte plastic material, leaving the potential for fingerprint marks and light scratches out of the question. This also makes it lighter at just 51 grams to avoid any added weight to your phone as you play. 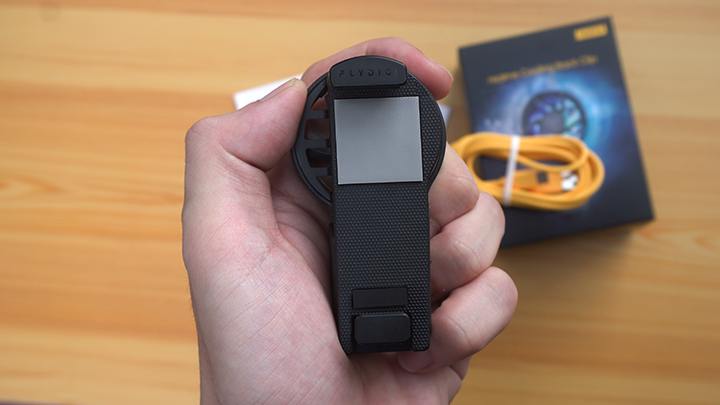 Apart from the realme labeling, the grey logos on the front and back tell us that this is was made in collaboration with FlyDigi, a known pioneer for mobile gaming accessories. It’s powered by a USB Type-C port which you will have to keep plugged in since it does come with a built-in battery. There are also two buttons: one to power the cooler and the other to activate its built-in RGB lights. Unfortunately, there’s no app to customize the colors, although it does cycle through 5 different hues.

The realme Cooling Back Clip has 5 continuously shifting colors.

A 7-blade fan is responsible for pushing air into the device and is virtually noise-free with a silent operation of 25dB. Once switched on, the thermal silicon pad at the back immediately turns ice-cool, that realme touts can keep your phone at a constant temperature of 25C.

On the other hand, the realme Finger Sleeves is another gaming accessory mainly designed for people with sweaty hands (or thumbs, I should say). Coming in a pack of two, they’re made out of superconductive material, with 30% silver to achieve strong conductivity and high sensitivity. It’s also said to be 6x more sensitive than sleeves made out of ordinary carbon fiber materials. 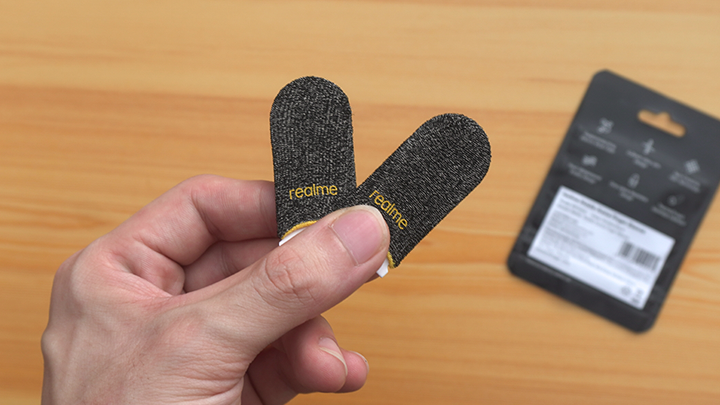 Putting them on, they fit perfectly in my stubby thumbs since it is quite stretchable. With just a thickness of 0.25mm, not only is it comfortable and breathable, but it also ensures that you can still have a tactile feel even when worn, not to mention it comes with antibacterial and deodorizing properties as well. Testing both accessories out on our realme X3 Superzoom to get a quick feel of how it performs, we immediately felt a distinct difference when playing with this superconductive finger sleeve. And since there is pretty much zero friction between the finger and the screen itself, it allows us to effortlessly breeze and swipe from corner to corner without any resistance. Oh, and did I mention no fingerprint marks as well? Nice. As for the gaming cooler, we made sure to run titles like Genshin Impact and Call of Duty Mobile since they already have a reputation for running at extremely uncomfortable temperatures. We have it placed slightly off-center, closest to where the CPU is located for the best heat dissipation. The cooler does a superb job at keeping everything cool, not just outside but also inside. I usually call it off after an hour or two of playing straight, but with the ice-cold thermal silicon pad doing its job perfectly, I was able to stretch much longer, this time without any overheating issues. That’s pretty cool (pun intended). To wrap things up, whether you’re a casual gamer or a more seasoned one, it’s undeniable that smartphone gaming accessories can take you a long way. And with realme’s gaming kit, not only can these give you an extra edge when playing your favorite titles, but it might just make them even more enjoyable too.

Officially launching on May 28 on Lazada and Shopee, the realme Cooling Back Clip will retail for PHP 1,590 while the realme Finger Sleeves will retail for PHP 240. As an introductory offer, flash sales on both e-comm platforms will be hosted from May 28-30, where you can purchase the Cooling Back Clip for only PHP 1,290 and the Finger Sleeves for only PHP 190.

These will also be available for purchase as a bundle together with the realme 8 and the realme Buds Air 2 Neo. Originally worth PHP 18,310, the exclusive bundle will be available for only PHP 16,460 in realme’s official store in Lazada until May 30.