The iPhone 5C came as a curious companion to the announcement of the iPhone 5S. It sported the same hardware as the iPhone 5 but premium aluminum body has been replaced by a pastel-colored polycarbonate shell. Check out our full review of the iPhone 5C after the break.

The only logical reason we can think of why Apple would produce a plastic version of the iPhone 5 from 2012 is that they could save up on materials cost, increase production speed, re-market and cater to a younger crowd. 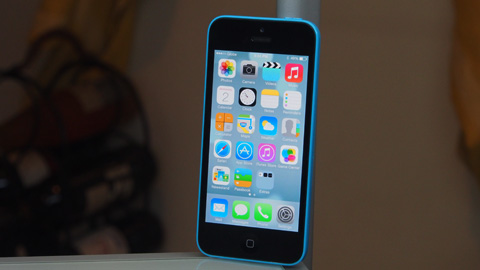 While the difference between the 5C and the 5S is at least $100, the latter remains to be the most in-demand model.

Before you proceed, do check out our review of the iPhone 5S here and the iPhone 5 here to give you a better perspective.

The iPhone 5c looks like a good mix of glass and polycarbonate material. The last time Apple used this combination of construction material was during the iPhone 3GS era, a little over 4 years ago.

The new plastic on the 5C looks and feels similar to the old material used in the 3G and 3GS. It’s thin and light but pretty solid, has a very polished and shiny surface, and sometimes slippery on the hands. 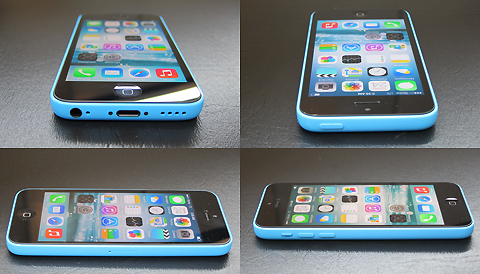 The handset is a bit thicker than the iPhone 5/5S but still feels good on the hands, due to its relatively smaller form factor. All the ports and physical buttons are in the same place.

The color variants that Apple introduced with the iPhone 5C are a bit washed out or desaturated but also has that smooth and milky effect. 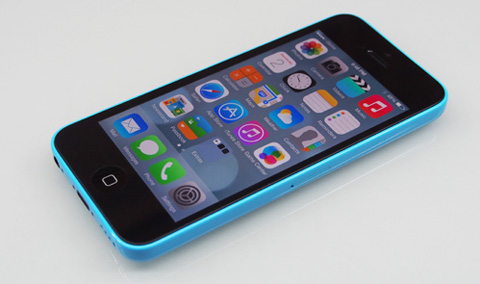 The plastic back does not look cheap and the glossy surface gives the impression of a polished ceramic surface, just like what they did with the iPhone 3G/3GS.

It does not have the same premium feel as the glass-clad iPhone 4/4S or the aluminum-built iPhone 5/5S. Compared to the old iPhone 5, the 5C is definitely a downgrade of sorts. 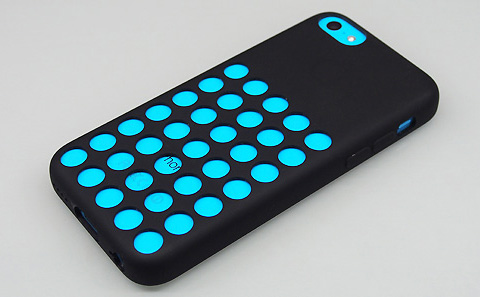 Apple also produced an equally colorful case for the iPhone 5C. The circular holes at the back looks odd but provides some additional grip.

Just like the iPhone 5, the iPhone 5C retained the same old display and screen resolution. 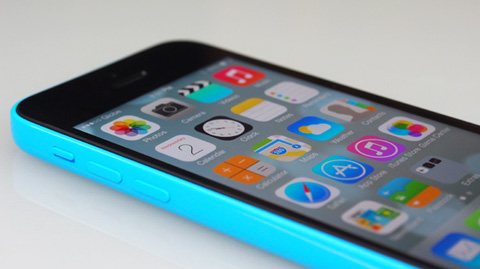 In the age of full HD displays, Apple’s marketing term — Retina Display — does not seem to count so much as before. While we agree that a pixel density of 326ppi is already enough for the naked eye, we could not deny we’ve been spoiled with a lot of 1080p displays pushing the pixel density to 441ppi and above.

Once you zoom into the display and look a little closer, you will see the difference. The pixels are more prominent and you appreciate the idea of having a higher pixel density. Nevertheless, with a small 4-inch display, the 640×1136 pixel resolution (even if it’s even lower than a 720p resolution) will do just fine.

By now, most iPhone 4S and iPhone 5 users have downloaded and upgraded to the new iOS 7 platform. It is the biggest update to the mobile OS since the birth of iPhone over 6 years ago. The flat UI is also complemented with the same pastel combination of icons and, wallpapers and skins — as if it was designed to match the colors of the back covers of the iPhone 5C. One of the biggest changes in the core navigation of iOS7 (somewhat already present with iOS 6) is the introduction of hidden shortcuts. Previously, all the configurations are tucked in the Settings icon which gives you a centralized hub to manage the phone. With iOS 7, a lot of the shortcuts and quick menus are introduced by gesture commands. 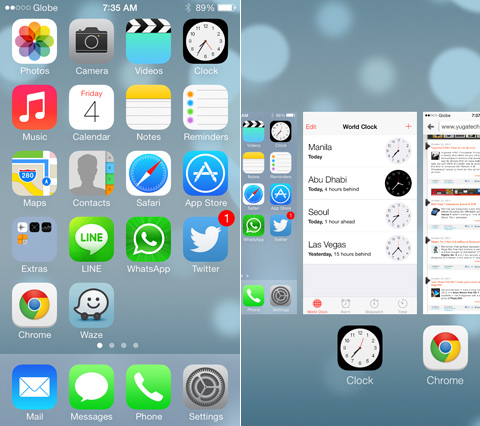 Like what we said in our iPhone 5S review, the UI has become more complicated to the average user. Before, it was just the icons and the home button. It was so simple a 2-year old and an 80-year old can both figure it out in a matter of seconds. Now it’s swipe up, swipe down, swipe from the middle, left and right, plus the home button. It’s not as dead simple as before. 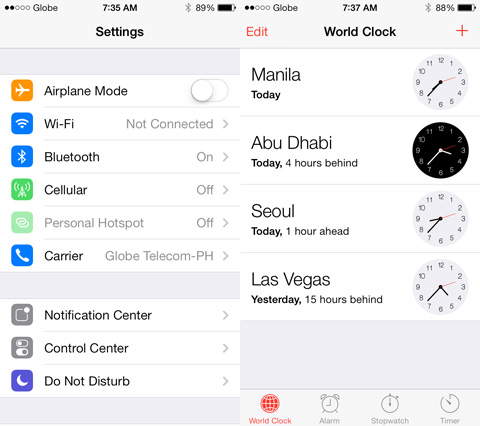 That simplicity and grace was one of the OS’s biggest charm which is a highlighted advantage over other mobile platforms, like Android. We also noticed that iOS7 just had its first home widget of sorts — the Clock icon. If you look closely, the icon is actually a functioning analog clock with the second hand moving about like a real clock.

The 5C remains to be a bit weak in the multimedia department. The small 4-inch screen is just enough for watching short videos but no longer that enjoyable when watching full-length movies. The speakers are decent to good but nothing special. Even the audio quality from using the earphones aren’t impressive. The iPhone has been like that for the longest time so we’re not actually surprised. Where the iPhone has really been performing very well is with the camera. It was already impressive since the iPhone 4 and continued to be among the best in its category until the iPhone 5C.

Here’s a gallery of sample photos we took over the past weeks.

Notice that the camera works really well under good lighting conditions and pretty impressive with close up or macro shots. Low light shots are good although not as great as the one we’ve seen with the Xperia Z/Z1 and Lumia 920/925/1020 line.

As usual the iPhone 5C does very well with photography. We will do a separate comparison with the iPhone 5S in another article to see the difference between the two.

We didn’t notice any significant difference in the performance of the iPhone 5C compared to the old iPhone 5. If nothing else, it would seem that the transitions brought about by iOS 7 make it look a bit slower than before. There were a lot of bugs in the system when we first unboxed it but it was mostly fixed after two minor updates to iOS 7.0.2. 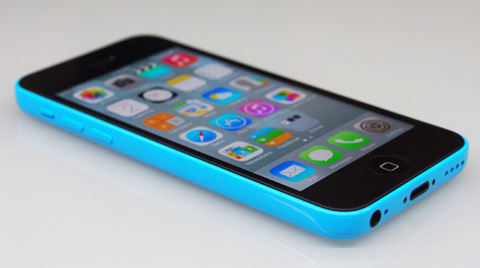 After running PassMark Mobile benchmark on the 5C, here’s what we got compared to the iPhone 5:

The scores are indicative of the individual performance of each part or module. 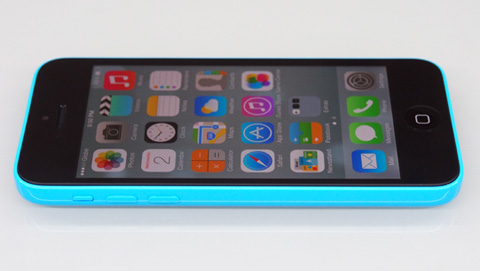 While the scores are not exactly matched, the over-all rating of the iPhone 5C is almost similar to the score of the iPhone 5. This is not an unexpected result since Apple already admitted they did not improve on the hardware of the 5C and merely replaced the shell with a cheaper material.

The iPhone 5C has been working really well in our daily use and we’ve not had any problems with making calls or sending text messages. In fact, we notice that the 5C even has a slightly stronger signal compared to the iPhone 5S or the iPhone 5. This is most noticeable when connecting to mobile internet where at times the 5C gets LTE while the 5S is stuck at 3G. Perhaps the polycarbonate construction has that advantage. 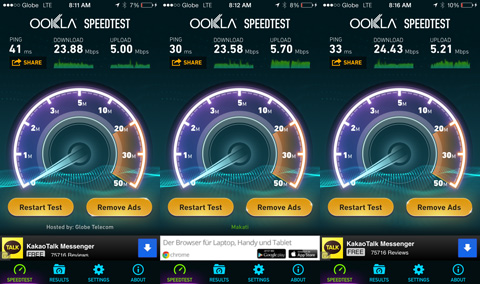 LTE connectivity is where the iPhone 5C did really well. Based on several tests we had with Globe network, we manage to get as fast as 24Mbps downlink with the device. Our battery test showed the iPhone 5C to last for 9.5 hours playing 720p video at 50% brightness and 0% volume. It’s pretty decent but considering the display is just 4-inches and only has less than 720 resolution, that could played to its advantage.

However, once you get LTE connection, that’s when you’ll see the battery drop so fast. We barely last about 4 hours when on LTE and actively using the connection as a hotspot.

We’re somewhat torn with the iPhone 5C. One one hand, it’s just an identical hardware to the iPhone 5 but clad in a polycarbonate shell. On the other, it’s still a very capable handset with impressive performance. What will ultimately dictate the success of this model will be the retail price when it lands in the Philippines.

Perhaps, aside from the cost consideration, the iPhone 5C was meant to appeal to a younger market. 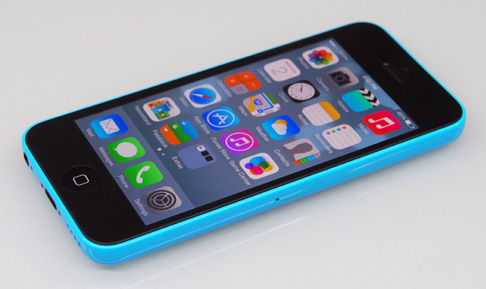 Currently the closest estimate we can give is an SRP of about Php27,500 compared to the Php33,000 for the iPhone 5S of the same capacity. It might not be too big of a difference to convince people to take it instead of the more elegant iPhone 5S. 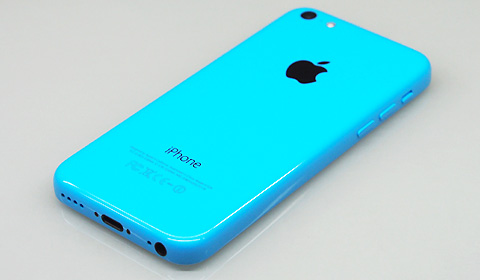 What we liked about it:
* Less expensive than the iPhone 5S
* LTE support
* More color options
* Great camera

What we did not like:
* No hardware upgrade from previous model
* Plastic shell

Disclosure: We purchased our iPhone 5C in Hong Kong for about Php30,000.