It’s neither the iPad 3 nor the iPad HD. It’s just simply called, the â€œnew iPadâ€. But still the rumors were true — it has a new Retina Display, improved quad-core graphics, upgraded camera and 1080p HD video recording. Check out the improved hardware specs compared to the iPad 2. 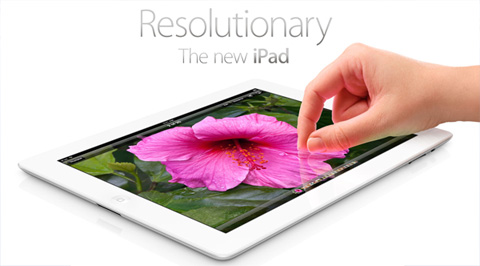 Compare that to the old specs of the iPad 2:

One of the advantages of the new iPad over the iPad 2 is the Siri-like feature. However, people who will buy the new iPad will have to settle for the dictation only feature at the moment. Maybe iOS 6 will bring full Siri assistance in the future.

We’ve also reported earlier that the old iPad 2 prices have been cut down by as much as Php6,000 to make way for the prices of the new iPad. So, the big question is: â€œIs the new iPad worth the upgrade?â€

If you are planning to buy the iPad for the first time and already have the budget, then you might find the new iPad worthy of purchase. But if the beefed-up specs failed to impress you that much, then the iPad 2 is probably a good deal. Plus, you get to keep an extra Php6,000.

For iPad 2 owners, it’s only worth the upgrade if you really need the Retina display, Siri dictation, upgraded optics and new A5X chip. Otherwise, stick to your current affair.

In my opinion, the new iPad is aimed at new iPad users and at those who need an upgraded multimedia powerhouse. But in the end, it’s all about personal preference, finding out which device suits your lifestyle and getting the best value for your money.