Realme has officially launched in the Philippines its own TWS earbuds, the Realme Buds Air. So far, it looks good and comes packed with features that are good for those who are looking for a true-wireless audio experience without breaking the bank. Check out our hands-on below. 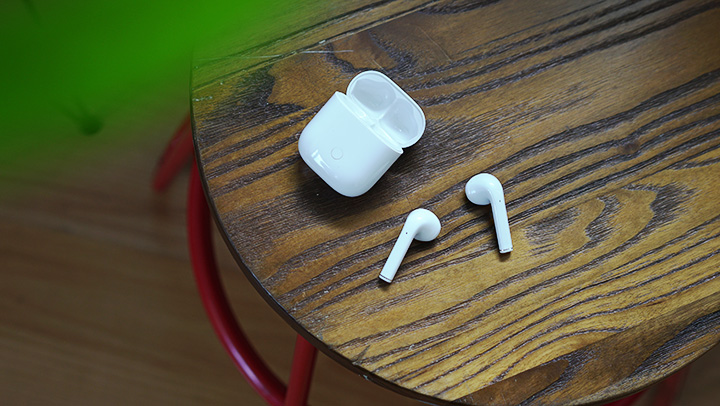 As you can see, anyone can easily mistake this as Apple’s AirPods. There are slight differences in the small details, but fit and form factor wise, it’s almost the same. It comes in three colors, white, black, and Realme’s yellow. It’s made out of plastic and has a glossy finish on it. You get a tiny button in front to initiate pairing and a small LED notification light on top of that button. You can charge the Buds Air through the USB Type-C port at the bottom, and the case itself supports wireless charging up to 10W–which I think is a nice offering for its price. Opening the case will reveal its two earpieces themselves in magnetic holes. 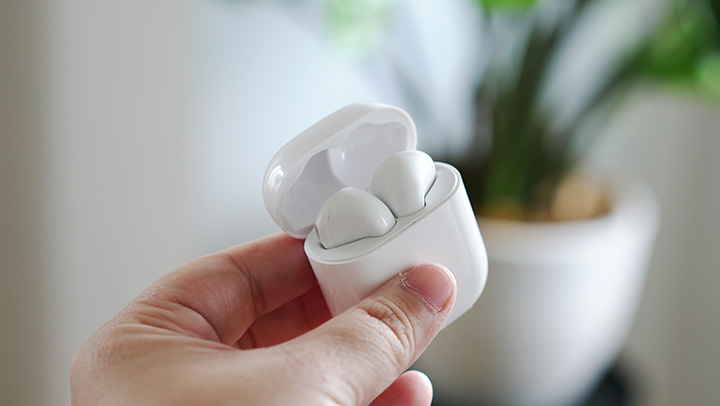 Setting it up is simple. To pair it, press on the button in front of the case for 3 seconds, find it in your phone’s Bluetooth settings, and you’re done. You can worry less about pairing again since it has an instant connection feature, which I find to be quick.

It’s also nice to know that it’s compatible with either Android or iOS devices, and doesn’t require you to install any specific app. So far, the Buds Air has decent audio quality with clear highs, mids, and even lows. Noticeably it produces crisp sound quality, and it has good bass thanks to its 12mm bass booster. It can get really loud. However, it doesn’t wholly perform when the volume is set above 80%. It also has smart in-ear detection to detect if they’re being used. So when you remove the Buds Air from your ears, it will pause right away and play again once you wear them.

Under the hood is Realme’s R1 chip paired with support for Google’s Fast Pair Service (GFPS), and Bluetooth 5.0 that performs very good when it comes to connection, battery, and controls. For smart controls, you can double-tap any earbud to pause or to answer a call, triple-tap to skip to the next song, and long press on it to end a call or activate Google Assistant. Like most true wireless earbuds, it can take some getting-used-to, especially when you’re trying a command while you’re on-the-go.

But perhaps, one of the unique features of this Realme Buds Air is its Gaming Mode. You can turn this on by pressing on both buds for 2 seconds, and then you’ll hear a car engine sound to indicate that it’s on. You can do the same procedure to turn it off, and it will give you some piano keys. So far, I’ve only played a few games, and honestly, I did get a little boost in the quality, but it’s nothing drastic from the overall sound quality it provides. 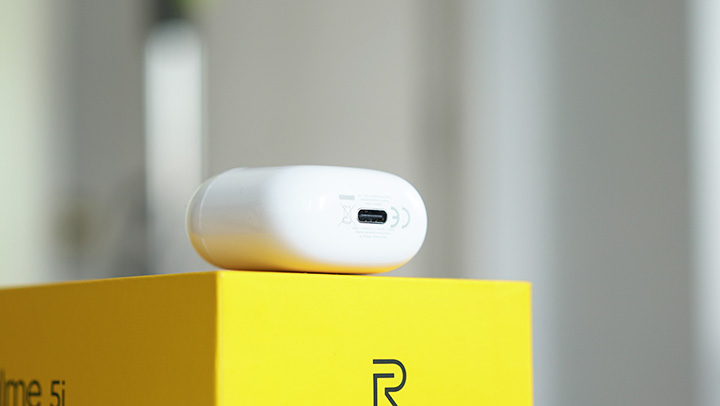 Its charging case is equipped with a 400mAh battery, which we have yet to test, but Realme claims it to last a total of 17 hours of music playback. Overall, the Realme Buds Air delivers decent audio quality and functionality for its PHP 3,990 price. So yeah, this one is another fierce competitor in the true wireless earbuds market, especially with that competitive price and overall quality–the wireless charging is a real plus too.

So, what do you guys think of the Realme Buds Air? Let us know in the comments.

With editing by Louie Diangson