Fujifilm has finally launched the highest performance camera in the X series lineup dubbed the X-H1 in the Philippines. It sports a 24.3-Megapixel X-Trans CMOS III sensor, 5-axis stabilization, and a dust and water-resistant body. We were able to get our hands-on on it for a bit and here are our thoughts about it so far.

At first glance, the X-H1 is like the combination of the GFX 50S and X-T2. It sports a rugged and mechanical design and now has 25% thicker magnesium alloy body to withstand different kinds of condition (even the harshest ones). Despite that, the camera isn’t that bulky like the GFX 50S. It has good ergonomics which makes it comfortable to hold, even when using heavy lenses. 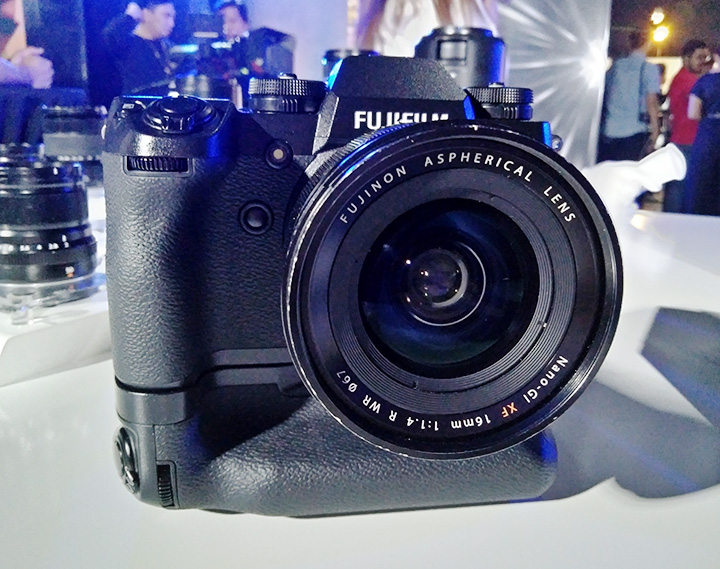 Up top, you will find the 1.28-inch E-ink secondary display that shows your current camera setting, the shutter speed dial, the hot shoe, and the ISO dial. There’s also the on/off switch, the shutter button, the Fn1 (exposure compensation) button, and the microphone. Unlike the rest of the X-series lineup, we liked the feather-touch shutter button on this one as it makes shooting pictures and videos a breeze. 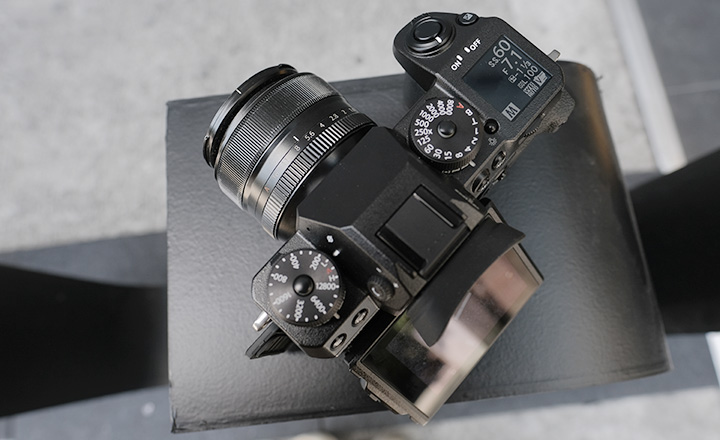 The right side houses two memory card slots which are a big plus to all content creators. 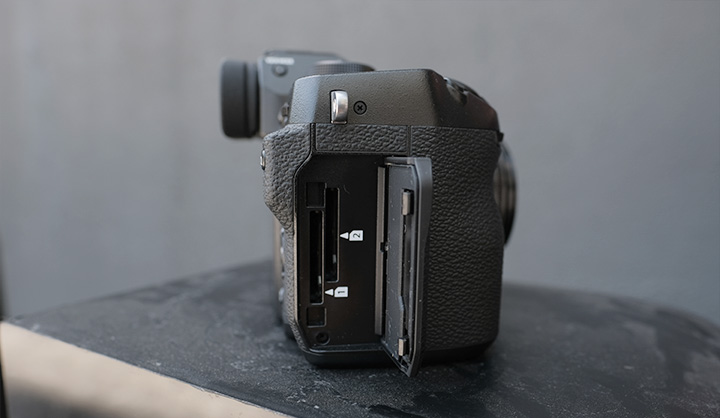 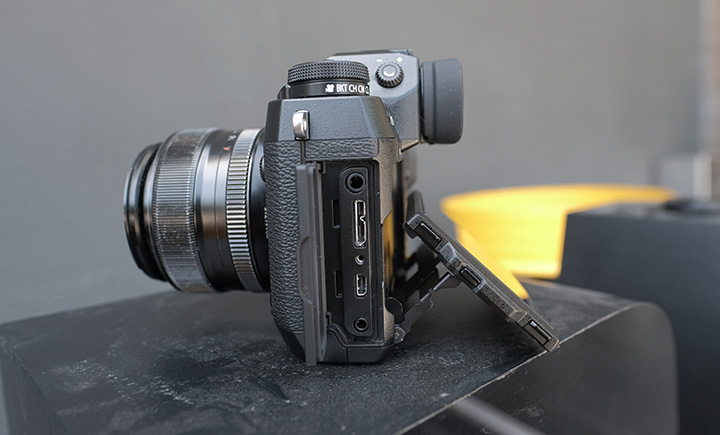 Located at the back are the tiltable 3-inch LCD monitor, the O.5 inch EVF (electronic viewfinder), the Q (Quick Menu) button, the selector buttons with the Menu/OK button placed in the middle. As per usual, there’s the AE-L (exposure lock) button, the AF-ON button, the focus lever, and the rear command dial. 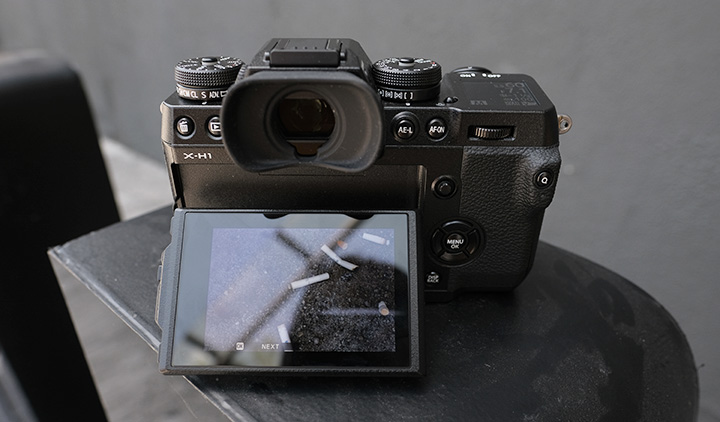 Down below are the Vertical battery grip connector cover, the battery, and the tripod mount. 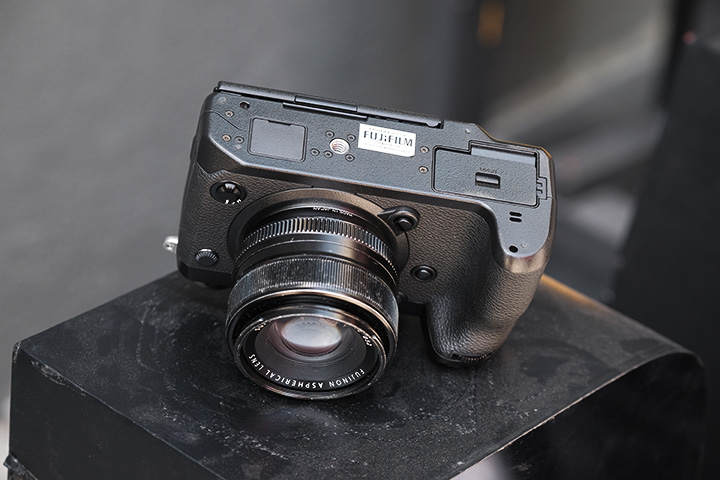 One of the best features of this camera is its new Eterna/Cinema film simulation that is targeted for video recording which Fujifilm claims to simulate cinematographic films. We were able to briefly shoot videos using the Eterna mode and it was impressively good. Color reproduction looks natural and accurate. It didn’t kill off shadows to think we were shooting under harsh sunlight. You can watch our sample video below.