Huawei Vision S Series or Samsung QLED 4K Q60T: Which one to get?

Huawei Vision S Series or Samsung QLED 4K Q60T: Which one to get?

The Huawei Vision S Series is one of the newest Smart TVs to arrive in the Philippines. It offers unique features not normally found on typical smart TVs. But is it the one to get right now or should you consider alternatives, like the Samsung QLED 4K Q60T (2020)? We’ll pit the two smart TVs and compare features to find out which one is for you.

Both TVs feature slim and modern designs, which means thin bezels and stands that would appeal to those who prefer a minimalist look. Both TVs can be placed on a TV console or wanted on a wall. At 55-inches and 65-inches, both devices are pretty large but have small footprints and slim bodies to fit in any living room or bedroom.

Both TVs also come with their own remote controls. The one with the Huawei Vision S is pretty minimalistic with only the essential buttons to aid in navigation but has NFC for its exclusive features. The NFC allows you to simply tap your NFC-enabled smartphone against it for WiFi-free projection.  It also has a microphone for AI voice commands such as adjusting brightness, volume, and others. The Samsung QLED 4K Q60T, on the other hand, has the One Remote Control with dedicated buttons for popular video streaming platforms. 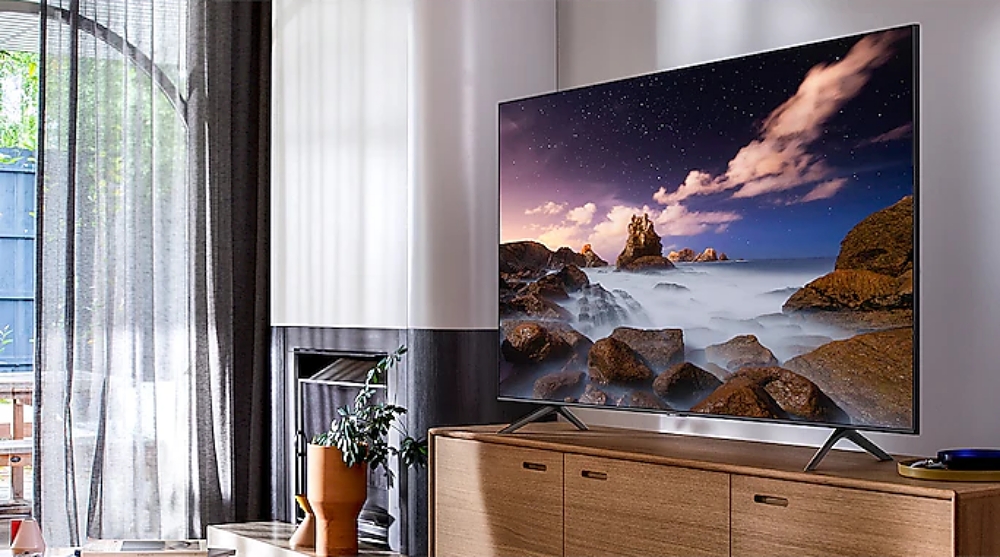 One thing that sticks out on the Huawei Vision S is the support for a camera for video calls. The camera attaches to its port via magnets, so you can easily remove it when not in use. We’ll discuss more of its features in a bit. 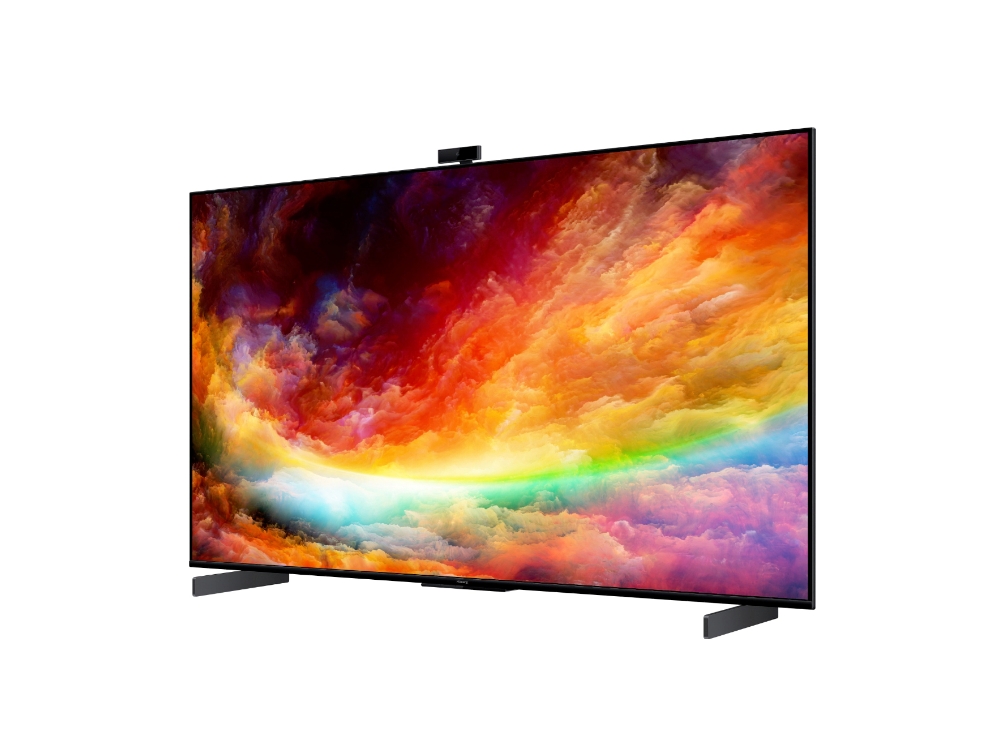 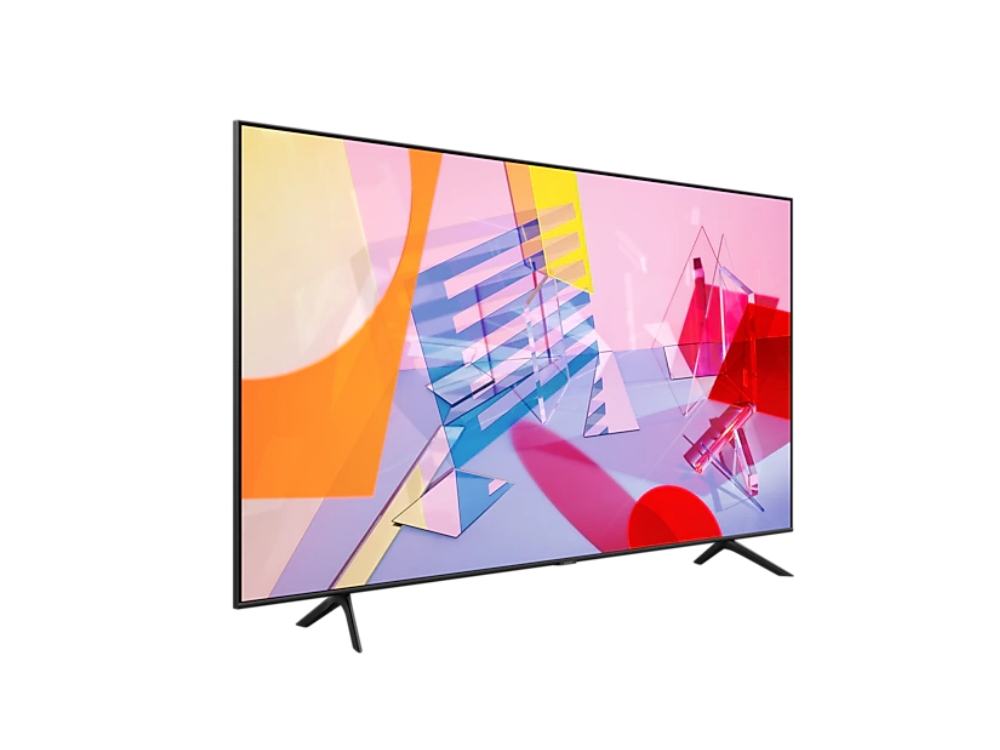 For the Samsung QLED 4K Q60T, it features a 2CH speaker with 20W sound output (RMS) and support for Dolby Digital Plus. 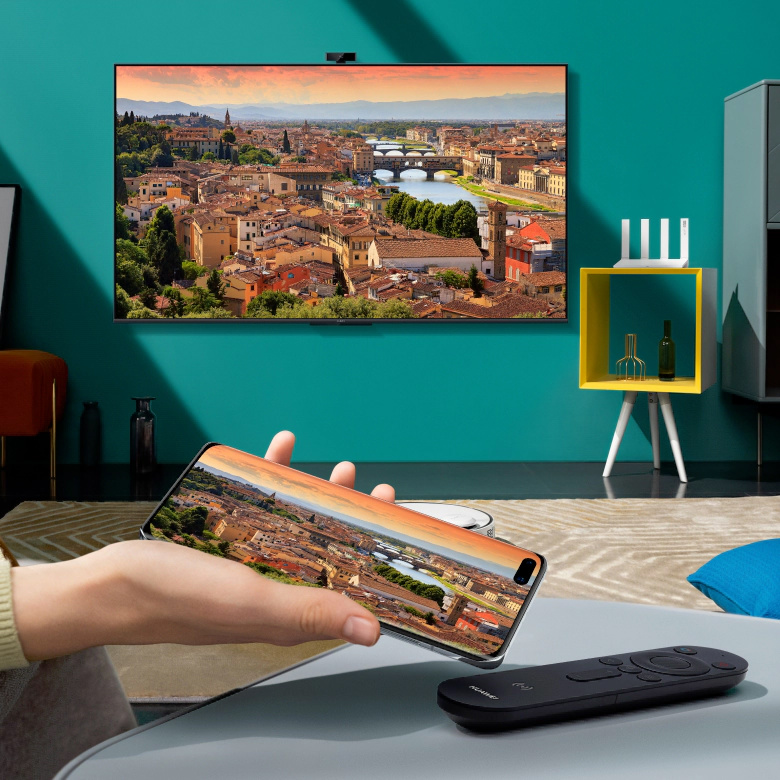 For productivity, there’s MeeTime Video using the 13MP Magnetic Camera with support for apps like Zoom and Google Meet, and wireless desktop mode if you want to turn it into an Android-powered PC with the help of a supported Huawei smartphone. This is one of the advantages of the Huawei Vision S over typical smart TVs. Furthermore, it is also compatible with non-Huawei smartphones running on Android 8.0 and up via the Huawei Vision Home App. The Samsung QLED 4K Q60T, on the other hand, runs on Tizen, which is the company’s own operating system for multiple devices which includes smartphones, tablets, wearables, and automotive infotainment. It supports MultiView, which splits your TV screen in two so you can watch content on one side and mirror your Samsung smartphone o the other side, SmartThings support so it can link with other Samsung IoT devices, Ambient Mode which blends the TVs screen with the background when projecting photos for a gallery effect, and Bixby voice assistant.

While both TVs have smart features, the Huawei Vision S is not just centered on entertainment. It can be a productivity partner to free you from the constraints of smaller screens found on laptops, tablets, or smartphones. With a quick tap, you can immediately view the content on a bigger screen. And given its growing ecosystem, it can work as a central hub of other IoT products that will launch in the future. And since it’s upgradable, you can expect it to be equipped with newer features that will come out of Huawei’s development.

When it comes to connectivity, the Huawei Vision S Series features dual-band WiFi, Bluetooth, 3x HDMI 2.0, AV in, USB 3.0 Type-A, and SPDIF (coaxial). Although it has plenty of wired connectivity, its biggest features are mostly centered around wireless, like Huawei Share and OneHop Projection, as mentioned earlier. So, if you have Huawei smartphones (as well other supported non-Huawei devices), tablets, and laptops, these devices can work together without the need for cables. 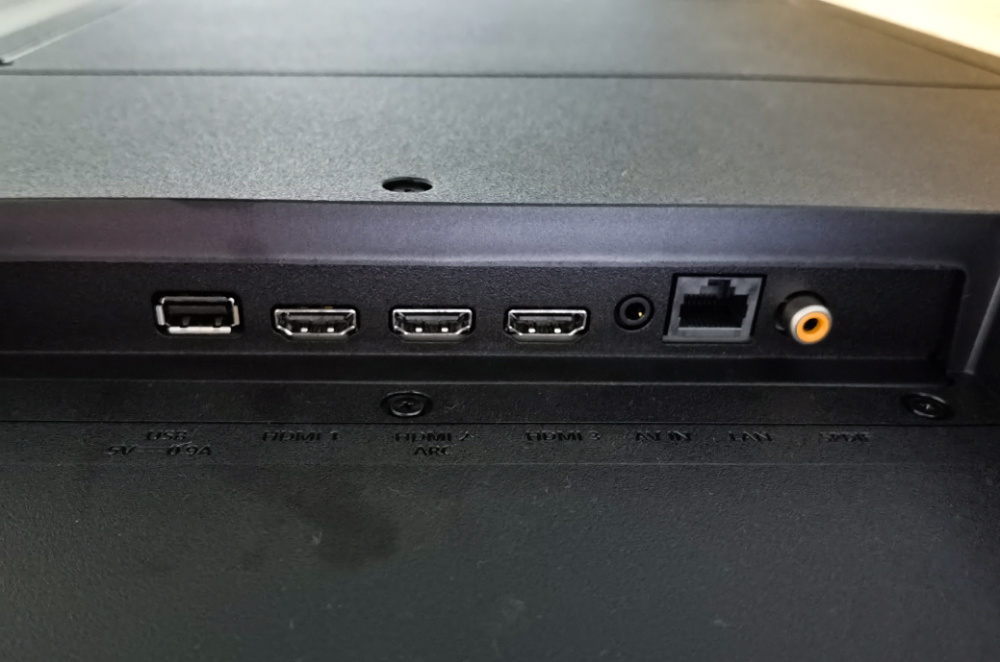 The Samsung QLED 4K Q60T, on the other hand, has more to offer with ISDB-T, RF in, WiFi, Bluetooth, 3x HDMI, 2x USB, AV in, Digital Audio Out (Optical), and Ethernet.

Both devices can be connected to Android-powered OTT boxes, even Apple TV. Given the price differences, we think that going for the Huawei Vision S will provide the most value. Many users would enjoy its capabilities, especially those who are already in the Huawei ecosystem and want to tinker around its features to bring out its full potential.

Those who want to win a Huawei Vision S TV can join Huawei PH’s contest with three units to be given away. Watch the video below for the mechanics: