Day One Tour at the Qualcomm Headquarters

Qualcomm’s Editors Week is an annual event hosted by the company in their San Diego Headquarters in the last 3 or 4 years. The week-long event aims to immerse the tech media from emerging regions about Qualcomm’s effort in the mobile market.

In short, it’s a series of nose-bleeding seminars about chipsets, LTE and everything else that involves the mobile platform. 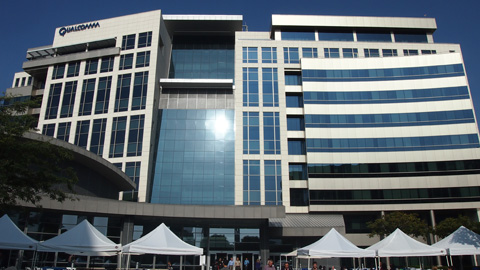 Actually, our first day yesterday was mostly touring the city via the trolley and just getting our feet wet in the area (I mostly spent the rest of the day shopping at the Microsoft Store and Apple Store).

Today was the official start of the Editor’s Week and we headed off to the HQ which is 45 minutes north of down town. The complex where Qualcomm is located is huge and has several cluster of buildings inside. At the lobby of the main building, they have this Qualcomm Patent Wall while lines up one side of the wall. Each tile is a frame that covers a copy of the patent certificate. That’s not the entire patent portfolio since they stopped adding frames on the wall when it got filled all the way up to the ceiling.

What’s funny though is that Air Force jets are flying over the HQ all day long so we always get that moment of silence for a minute or two when the jets fly by. 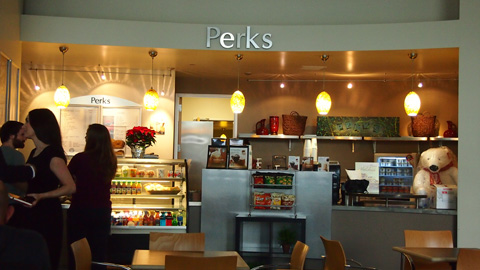 The entire day was spent in the seminar room as we have 5 or 6 speakers (mostly VPs and the President) presenting key products and features of Qualcomm’s mobile platform. Much of the discussions revolved around Snapdragon, its performance over the other ARM based processors, integration of features and functions, as well as partnerships with over 70 OEMs and being used by over 500 devices. 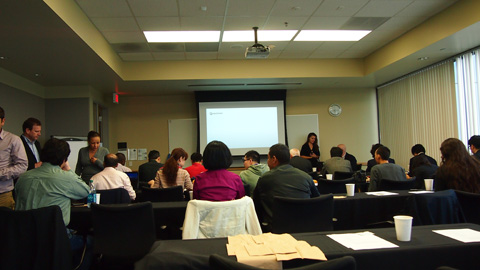 Qualcomm has made a lot of firsts with mobile devices but it’s usually overshadowed by brand partners like the 1st Android handset (HTC Dream), first to reach 1GHz in a handset (Toshiba TG01 in 2009) and the one to reach 1.5GHz as well. Qualcomm was also first to integrate an LTE into a smartphone with the HTC One X. Aside from being a major player in the Android smartphone market, Qualcomm seems to be the only chip supplier for the Windows Phone 8 that even rival chip manufacturer Samsung (with their Exynos line) is actually using a Snapdragon S4 processor in their Ativ handsets.

We ended the day in the demo room where folks from Qualcomm showed us some proof of concept for smartphone and tablets (including a glasses-free 3D tablet) that could later on be introduced in the market.

Qualcomm’s headquarters is definitely a geek’s heaven and I want to be there too!